Featuring an impressive entryway with Ionic columns and an elaborate Greek entablature, the Tredway Building was erected in 1930 to house natural and physical science classes. The addition of such a building to the Tusculum campus reflected a growing diversity of studies available to students by the mid twentieth century. Today, the sciences have moved to the Ronald H. and Verna June Meen Center (2017), where they are joined by Tusculum's College of Medicine. 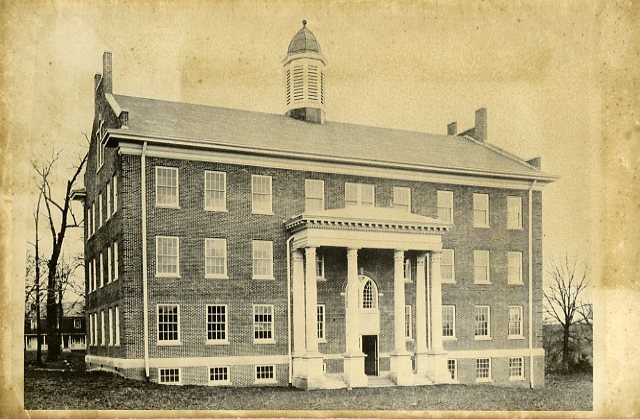 Biology laboratory in the Science Hall. 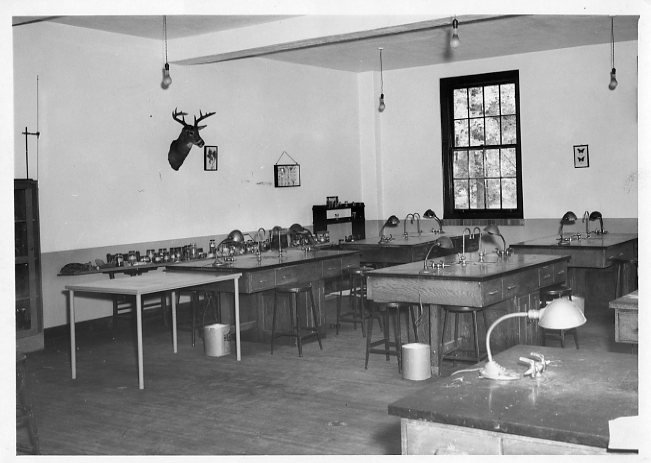 Chemical supply shelf in one of the labs in the Science Hall. 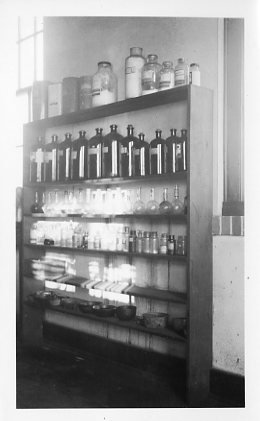 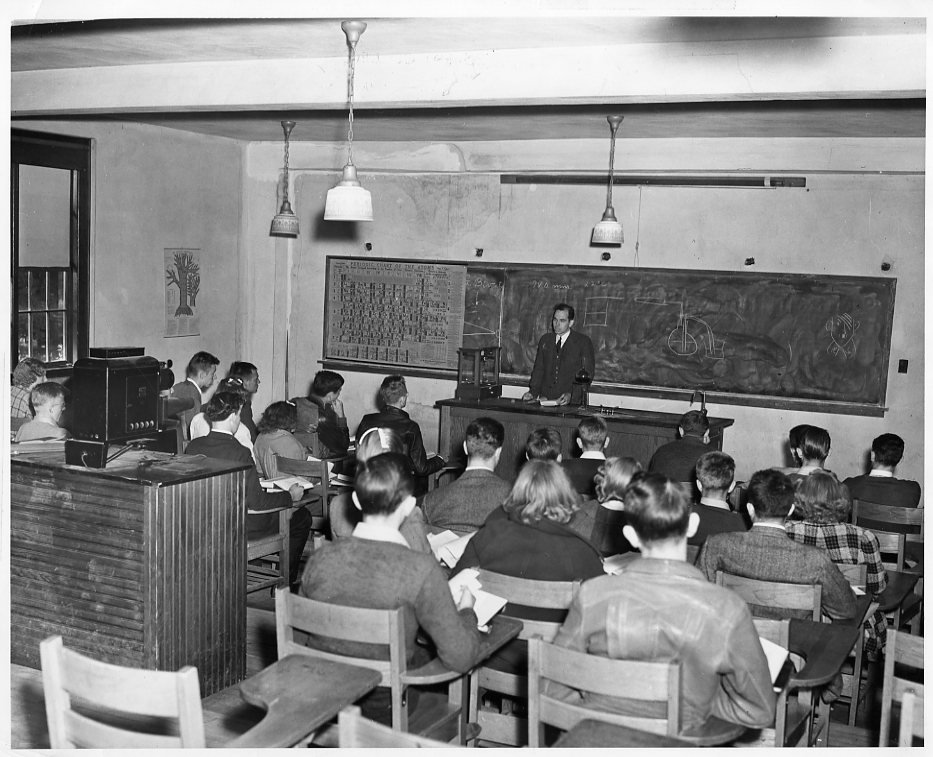 When the Science Hall was renovated in the 1960s, a large, modern lecture hall was installed on the first floor. Photograph taken 1971. 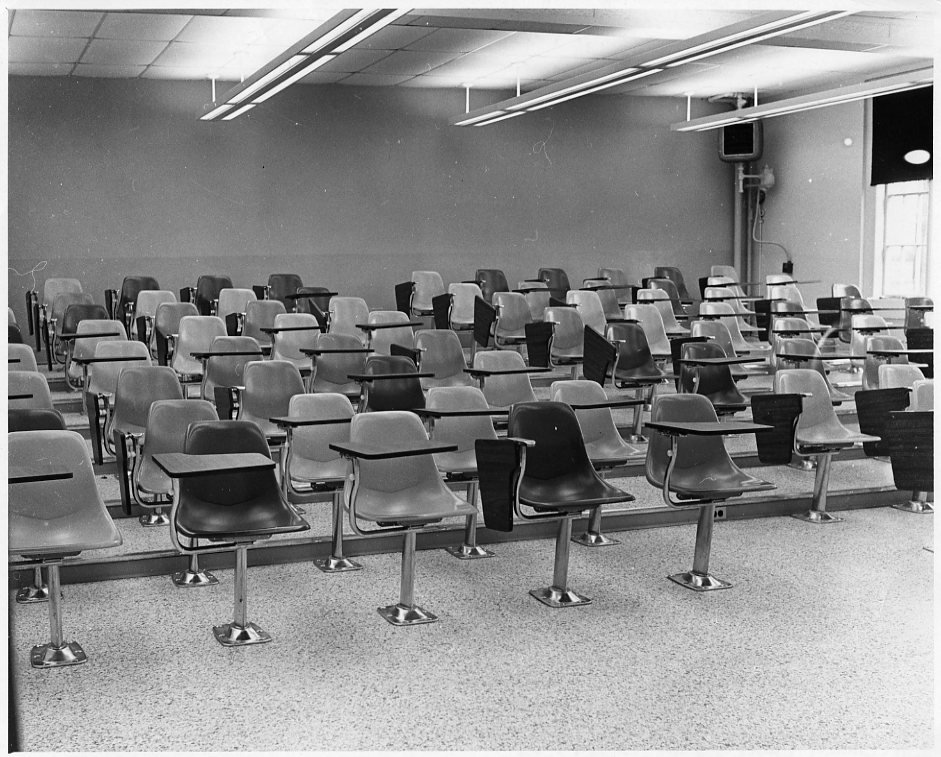 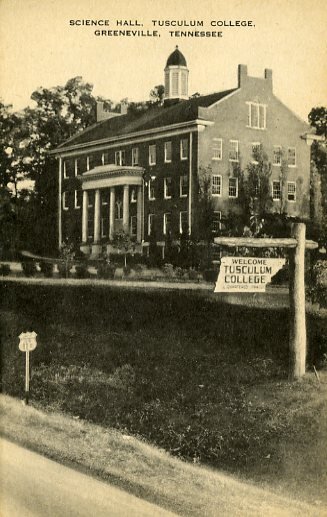 Although they were respected as an important component of the Tusculum's curriculum, the sciences as a whole were never grouped together under a single program until the construction of Tredway Science Building. Because they could be divided into their respective disciplines of chemistry, botany, and biology, the natural science classes were continuously scattered across campus. For example, “McCormick 24” was famous for decades as a biology lab. Virginia Hall housed an array of science activities, and from 1928-1930 the Old College building served as the chemistry department.

It was not until 1928 that the board of trustees decided that it was time to concentrate the natural sciences under one roof. As a last major family gift to the college, Cyrus McCormick II provided enough funding to launch the project, and on September 3 the board of trustees approved the funds for the construction of a science hall. Despite the initial availability of funding, construction and operation costs soon overran the original budget. Increasingly intensified fundraising efforts, including the sale of bonds, were continuously impeded by a lack of patronage and the Stock Market crash on “Black Friday”, October 29, 1929.

The project was finally completed in 1930. Known simply as “The Science Building,” it was dedicated on June 2. Following renovations and refurbishing in the 1960s and 1980s, the building was rededicated on April 3, 1989 in honor of alumnus and the second benefactor of the College, William L. Tredway of Chester, New Jersey.1

By giving the sciences their own building, Tredway allowed for the creation of a Bachelor of Science degree and specific majors within the sciences at Tusculum. Following the same ideals, Tusculum University celebrated the opening of the Ronald H. and Verna June Meen Center for Science and Math on October 19, 2017. The new building currently houses the chemistry, biology, environmental sciences, nursing, physics, math, and computer sciences programs. Renovations to the Tredway Science Building began soon after the opening of the Meen Center in preparation for future use by the College of Business and the College of Education.