The Old Stone House and Museum, sometimes referred to as the Webster-Martin-Ireland House, was built in 1810 and served as an inn and boarding house for over a century. The many additions and renovations done to the home over the years give it features from a variety of time periods and styles. After the formation of Ritchie County in 1843, the inn sometimes served as the site of early court meetings. The house was added to the National Register of Historic Places in the 1970s. 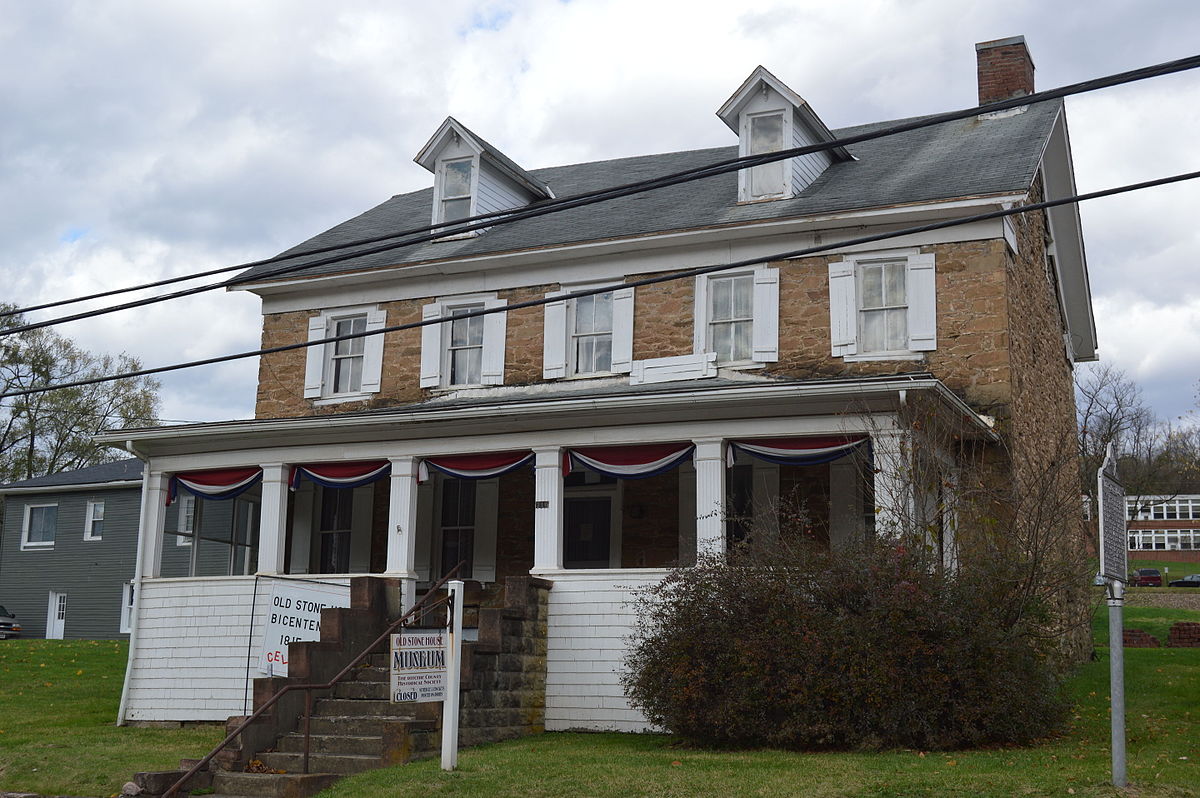 Old Stone House as it looked prior to 1908 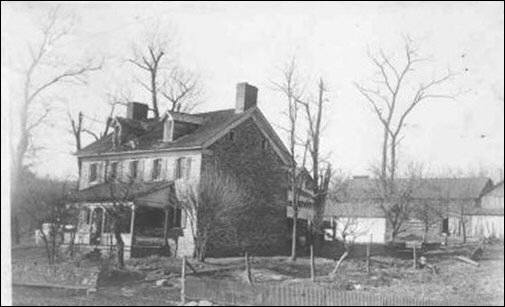 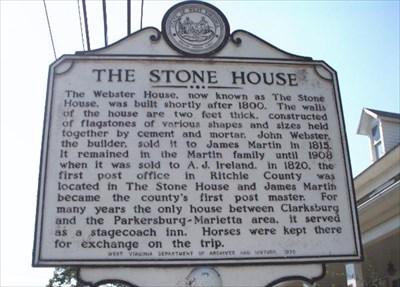 Shortly after John Bunnell moved to Ritchie County in 1800 as one of the first European settlers in the area, John Webster purchased this property and began construction on Old Stone House in 1810. The home is sometimes referred to as the Webster-Martin-Ireland House after its previous owners. Webster sold the home to the newly arrived James Martin and his wife Edith, the daughter of Colonel Benjamin Wilson.

The Martins converted the home into an inn and the home housed travelers for over a century. The inn was located near a state road that connected Parkersburg and Clarksburg. Because of this location, the inn was likely very profitable. Martin was able to expand the home and added several outbuildings to the property. The home was also the site of several early court sessions after Ritchie County was formed in 1843. Local rumors imply that General "Stonewall" Jackson and Sam Houston each stayed at the inn. Though these rumors aren't verified, they are plausible given the inn's popularity and proximity to a major turnpike.

The Martin family owned the property until it was sold to A. J. Philip Ireland in 1908. Ireland paid for many alterations to the home's original structure, adding a twelve-room addition at the back of the home and renovating original sections of the home to match twentieth-century tastes. The expansion of rail travel in the area since 1854 and the general transportation improvements eventually led the Old Stone House to turn into a boarding house as fewer travelers stopped in Pennsboro. Most of the rooms in the boarding house were occupied by young newlyweds. After Ireland's death, the Old Stone House stopped serving as a boarding house too.

The property was owned by the Ireland family until it was purchased by the Ritchie County Historical Society in June of 1977. The Society renovated the former inn and converted the space into the Old Stone House Museum. The museum features artifacts from different periods of the county's history. Regional genealogy and a historical library are also present in the museum which is still open with limited hours today. The house was added to the National Register of Historic Places in the 1970s.