McAllister House is a historic home in Seiling, Oklahoma. Built in 1920, it is the only Craftsman-style bungalow remaining in town. The building was commissioned by Pat and Belva McAllister, members of a prominent local family, who lived there from 1920 to around 1940. Upon the death of Belva McAllister, the house was sold to Lillie Perkins, who ran the building as a boarding house until 1985. 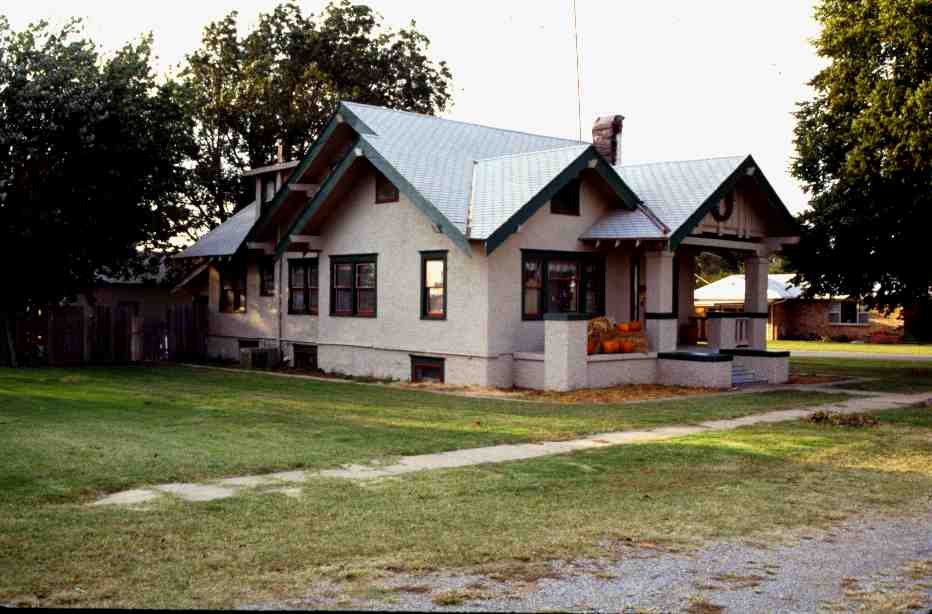 The McAllister House was built in Seiling, Oklahoma in 1920. The home was commissioned by Pat and Belva McAllister, members of a prominent local family (a relative, James McAllister, had been the first mayor of Seiling), using money given by the military in compensation for the loss of Belva's first husband in World War I.

Like many other homes built in the American Craftsman style, the McAllister House is a "bungalow," a term which refers to a detached low-rise home with one or two stories and often having a veranda (i.e. open-air porch). Notable features include a cross-gabled roof, front gabled porch, and heavy textured stucco on the exterior.

Following the death of Belva McAllister in the early 1940s, the house was sold to Lillie Perkings, who ran it as a boarding house until 1985. In 1994, the house was bought by Darol and Catherine Wilson.