With what is undeniably one of the most distinctive silhouettes on the Philadelphia skyline, the Drake Hotel has long been one of the most recognized buildings in the city. When it was built in 1929, it was the second-tallest building in the city, and it still casts a formidable shadow in the twenty-first century. The striking building was added to the National Register of Historic Places in 1978 and is now home to high-end apartments.

Aerial view of the Drake 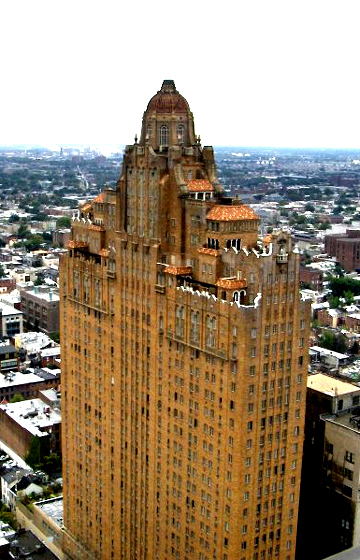 Another view of the hotel 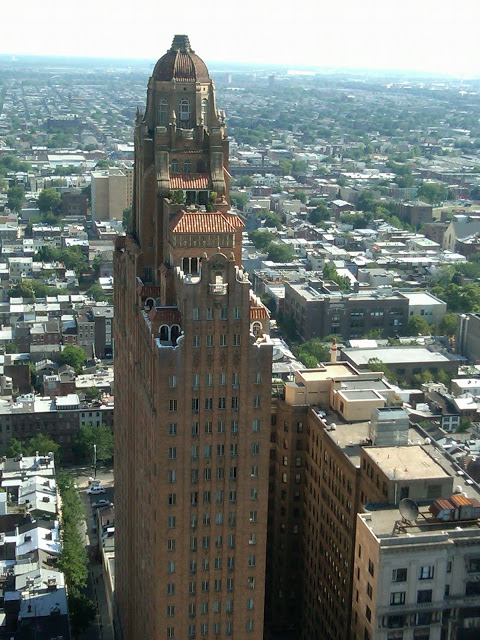 Philadelphia experienced a building boom in the 1920s and in 1929, the massive thirty-three-story Drake Hotel was built at the very end of that boom. The Art Deco structure was designed by the acclaimed local architecture firm of Ritter and Shay.

Although much of the building’s incredible detail soars high above street level and out of sight, the building was elaborately designed. The terraces at the top of the tower are decorated in the Spanish Baroque style with balustrades, brick motifs, and finials. The tower is topped with a terra cotta dome, one of its most recognizable features. Named for Sir Francis Drake, the hotel is also adorned with references to the seafarer. On the building’s ground floor, terra cotta reliefs depict dolphins, globes, and ships.

In the mid-1980s, the building was redeveloped and turned into upscale residential units. Even today, the building is largely unobscured by surrounding buildings, giving residents unparalleled views of the city. The fact that there are no nearby buildings approaching the Drake’s size gives it an especially commanding presence just outside the Downtown.

The Drake. A View on Cities. . Accessed March 17, 2019. http://www.aviewoncities.com/philadelphia/thedrake.htm.