Penny Campbell was an LGBTQ+ activist who organized Nashville's first Pride event in 1988 and became the lead plaintiff in the 1996 Supreme Court case that decriminalized homosexual acts in Tennessee. The marker was dedicated on December 9, 2017, and is at the location of Campbell’s former residence. Campbell passed away at age 61 in 2014 and the marker was dedicated thanks to the efforts of historians, activists, and family members. 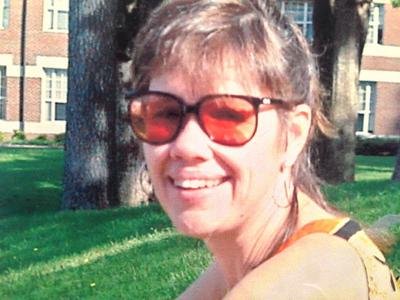 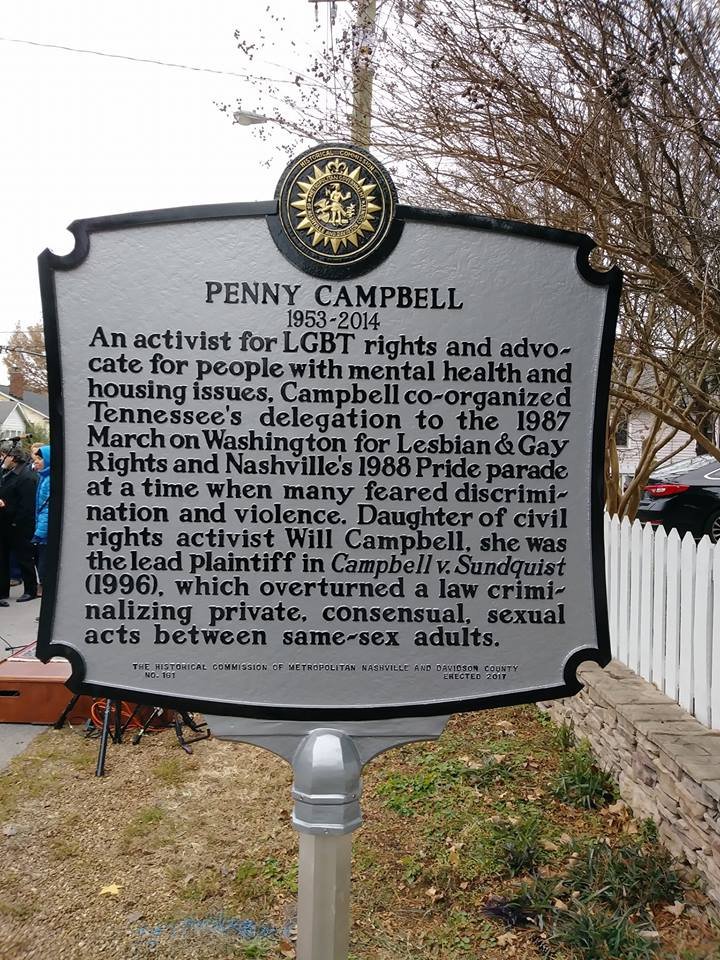 Campbell was represented by Nashville attorney Abby Rubenfeld, an LGBTQ+ community leader, in 1996 in the Tennessee Supreme Court case Penny Campbell v. Don Sundquist. Sundquist was a former Congressman and served as the Governor of Tennessee from 1995 to 2003. In the case, the state Supreme Court ruled that it was unconstitutional to criminalize homosexual acts and sex that occurred in private. As a result, the state decriminalized homosexual acts between consenting adults in private.

Will Campbell, Penny’s father, was a pastor and supporter of the Civil Rights movement in the 1960s. Penny Campbell was also progressive on matters of racial equality and similar to other leaders of the gay rights movement of the 1980s and 1990s, she learned from the strategies used by the Black freedom struggle. In 1987, Campbell led the Tennessee delegation to the March on Washington for Lesbian and Gay Rights. She also organized Nashville’s first Pride event in 1988.

Campbell protested the Presidential Commission on the HIV Epidemic’s ineffectiveness when they visited the Vanderbilt campus. Campbell earned a bachelor of science from Peabody College in 1977 and a master of divinity at Vanderbilt University in 1989. Campbell went on to be Director of Residential Services at Park Center as an advocate for mental health services and affordable housing. The women’s shelter ran by Park Center was renamed the Campbell House in her honor when she passed in 2014.

The marker was the result of efforts led by MTSU history professor Pippa Holloway and Nashville attorney Abby Rubenfeld with the support of Bonnie Campbell and Webb Campbell, Penny’s siblings. The marker was the first marker in the state of Tennessee approved by the Nashville Metro Historical Commission to commemorate the work of an LGBTQ+ rights activist.

Starting at Nissan Stadium, drive to historical antebellum homes and sites connected to 20th-century firefighting, civil rights, and LGBTQ+ rights, all on the east side of the Cumberland River, across from downtown Nashville.