The Grand Opera House is one of Dubuque's key cultural landmarks. It was built in 1890 by a group of local businessmen who hired nationally known architect Willoughby Edbrooke, who designed the first immigration complex on Ellis Island (in New York City) the U.S. Treasury building in Washington D.C., among many others. The theater features the largest stage ever built in Dubuque and is the city's only surviving opera house. Edbrooke designed the building in the Richardsonian Romanesque style, with the front facade featuring typical elements of this style including arched windows and doorways. There were originally 1,100 seats and stage was large enough for major theatrical productions. The Grand Opera House continues to be an important musical and theatrical venue. It was added to the National Register of Historic Places in 2002.

The Grand Opera House was built in 1890 and features the largest stage in the city. 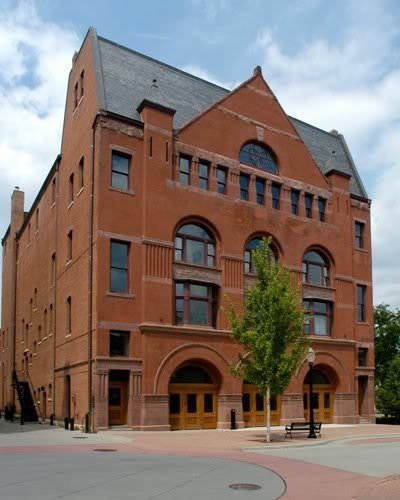 The opera has hosted countless theater productions and performances since it was built. 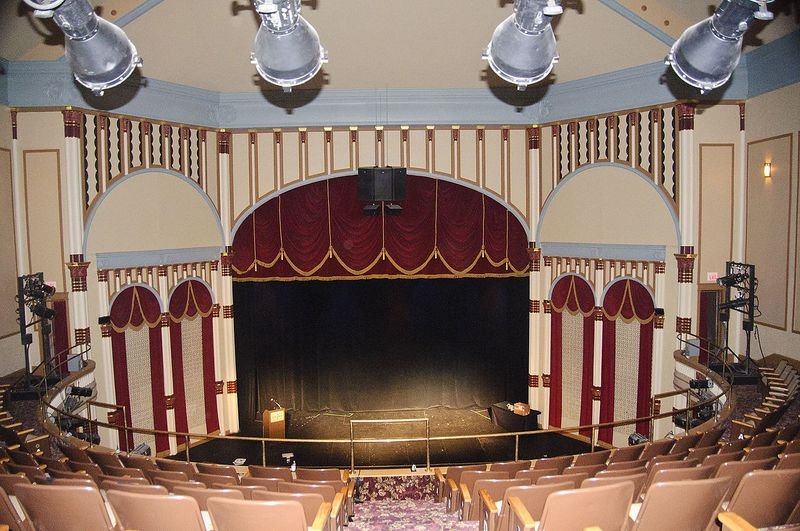 As it was originally constructed, the Grand Opera House was quite lavish. The theater could seat up to 1,356 individuals. The stage reached an impressive 39 feet in length if measured from front to back. There also was room for an in-house orchestra. Ironically, despite the ambitious proportions of the interior, cast members of production were not able to change costumes inside the building itself. Costume changes took place in a smaller house that was connected to the opera house by a tunnel.

The Grand Opera House opened on August 14, 1890. Around 800 guests came to watch a performance of the opera Carmen by composer Georges Bizet. An orchestra accompanied the large 65-member cast. Numerous large productions and other performances would take place here for the next several decades—it estimated that 2,600 performances occurred between 1892-1928. One notable theatrical production was Ben Hur. The large stage was able to accommodate the lavish production, which featured live horses and elephants as well as carriages. Many top Hollywood performers would grace the stage as well, including Jack Benny, Will Rogers, and Henry Fonda; other notable artists and performers included famed pianist Ignacy Jan Paderewski, the Boston Opera Company, and the Strauss Orchestra from Vienna.

Over the years, the Grand Opera House has undergone many renovations. At one point in the 60s, the original sandstone was covered by aluminum and tile, as part of a larger modernization project. The building was restored to its original state later in 1998. After being added to the National Register of Historic Places in 2001, a glass elevator was installed to provide increased accessibility to disabled patrons. Most recently in 2014, the previously unusable orchestra section was restored to a usable condition thanks to grant funding. This section had previously not been used since 1928.