This historic house was completed in 1904 and built for the family of Alfred Hocking, founder of the Honolulu Brewing and Malting Company. This company was the island's first truly successful, local brewery and the original brewery building on Queen Street is also listed on the National Register of Historic Places. Hocking was born in England, spent time in the Northern High Plains, and eventually came to Hawaii where he worked in lumber and sugar before opening the brewery -- the large Queen Anne house speaks to the brewery's success. 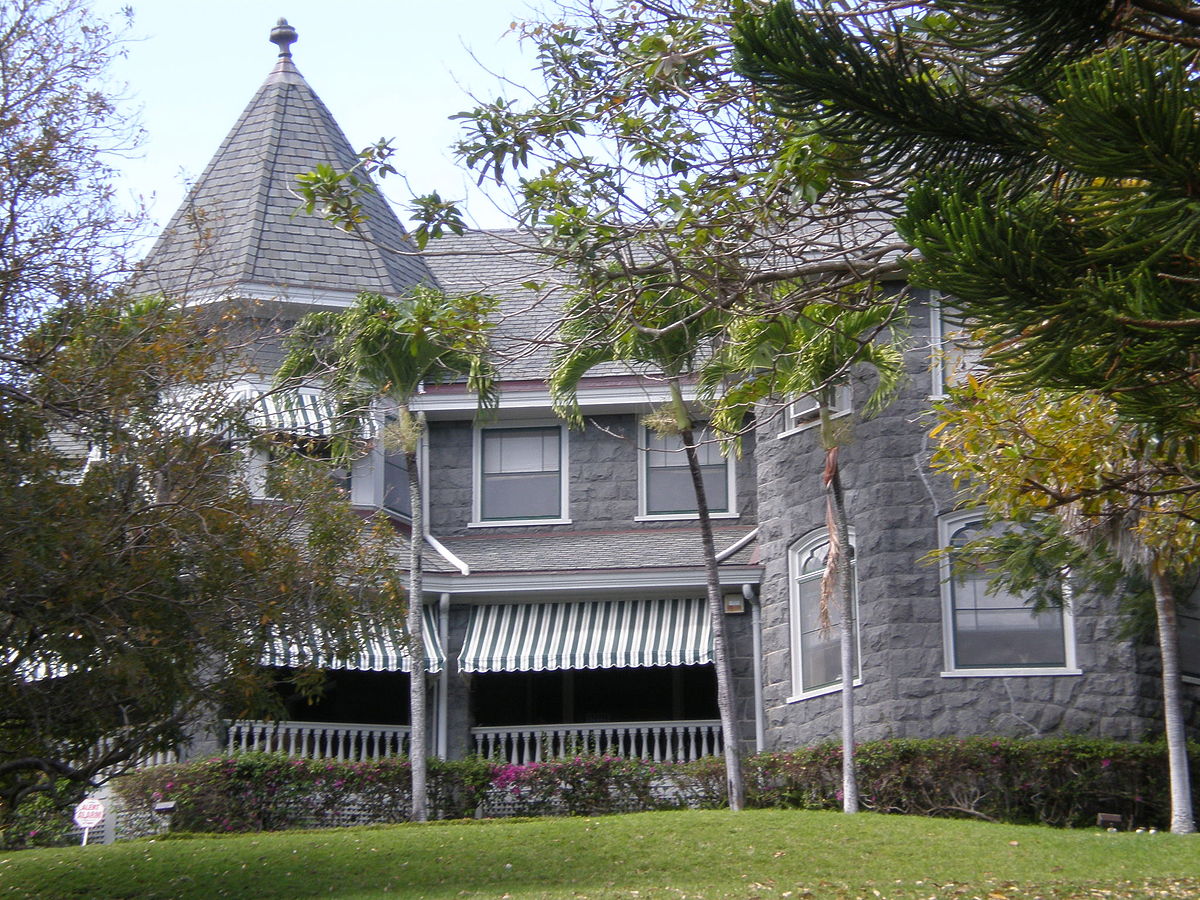 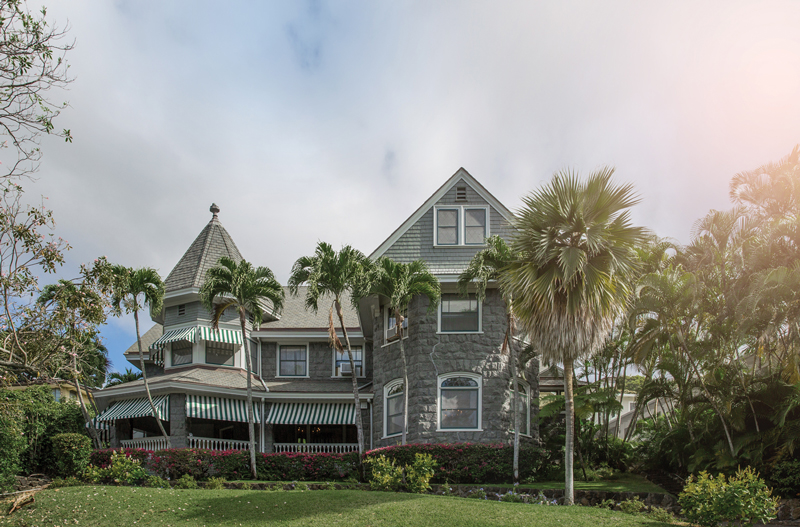 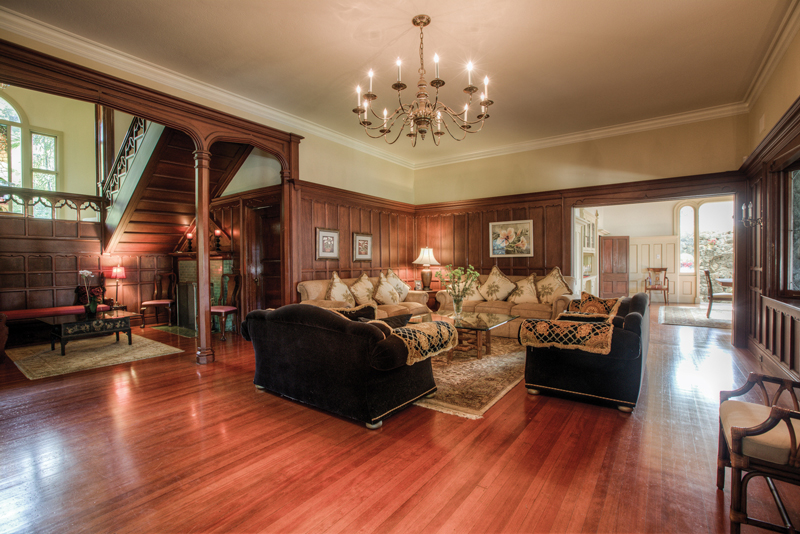 The Alfred Hocking House (A.K.A. Graystones), built in 1903-4, was home  Honolulu Brewing and Malting Company founder, Alfred Hocking. The brewery proved to be Hawaii's first genuinely successful breweries, known for its flagship beer, Primo lager (now brewed by Pabst). The house enjoys classic Queen Anne style architecture, designed by the tandem of the locally acclaimed C.W. Dickey and nationally known but new to the islands,  E.A.P. Newcomb.
Mr. Alfred Hocking's journey to Hawaii started in Cornwell, England, where he was born in 1852. He immigrated to the United States as a young man, spending his time in Wyoming, South Dakota, and Montana before moving to Maui. After taking a job, he decided to open his a lumber mill and then, after selling the mill, he invested in his own sugar plantation. The plantation did not enjoy much success, so Hocking moved to Honolulu in 1899 and shortly thereafter opened Honolulu Brewing and Malting Company and oversaw the construction of a large brick brewery building on Queen Street to house its activities in 1901; that building is also on the National Register of Historic Places (Royal Brewery).
Mainly due to its popular Primo Lager, the Honolulu Brewing and Malting Company enjoyed much success, unlike its four notable predecessors --breweries that struggled partly due to the strong missionary and plantation presence (plantation owners wanted their workers to be fit and rested). Unfortunately for the company, the arrival of Prohibition effectively put the company out of business.
Before the company folded in 1920, Hokcking had already ventured to Hong Kong to open the Oriental Brewing Company in 1907; he stayed in the city until 1910.
In addition to Hocking's business ventures, he also represented Maui in the Senate of the Republic of Hawaii which ratified the treaty of annexation to the United States in 1897.  Hocking also won an election to serve on Honolulu's first board of supervisors, though he only served one term and the Supreme Court of Hawaii deemed the board's first act unconstitutional.
Hocking died in 1936, and his wife died four years later, but the property remained in the Hocking family until 1947 when Dr. and Mrs. Edmund Lee purchased the property.  Some refer to the 8,210 square foot home as The Graystones due to its exterior walls comprised of 21-inch slabs of hand-cut bluestone. Inside, one will find seven bedrooms, three-and-a-half baths, a grand staircase, and plenty of ornate details such as chandeliers and redwood wainscoting.
After Dr. Lee died, his widow Rose kept the house and passed it to their heirs; the family maintained ownership of the building through 1983, nearly eighty years after it was built. Rick Ralston, the founder of Crazy Shirts, bought the property and so successfully restored the house that it gained him the 1985 "Ground-Up Restoration" award. Ralston also modernized the home (such as adding air conditioning); he sold it to a local developer who went on to sell the century-old house for $5.5 million in 2006.