Saybrook Breakwater Lighthouse is such an iconic Connecticut landmark that is depicted on "Preserve the Sound" state license plates. Still an active navigation aid, it stands on a breakwater that extends out into Long Island Sound. It serves as the outer light to the harbor, working in conjunction with the Lynde Point Light, which is located a mile and a half to the north, to guide vessels in and out of the Connecticut River. Saybrook Light is 48 feet tall and it resembles a sparkplug. It was built in 1886 out of prefabricated cast-iron, which was necessary so that it could withstand harsh winter weather, particularly ice floes. Despite its size, keeper's quarters are located inside. Although the light is automated and maintained by the U.S. Coast Guard, the lighthouse is privately owned as part of an affluent residential property.

Often referred to as a sparkplug, the Saybrook Breakwater Lighthouse is one of the state's iconic landmarks. It was built in 1886 and its light is still an active navigational aid. 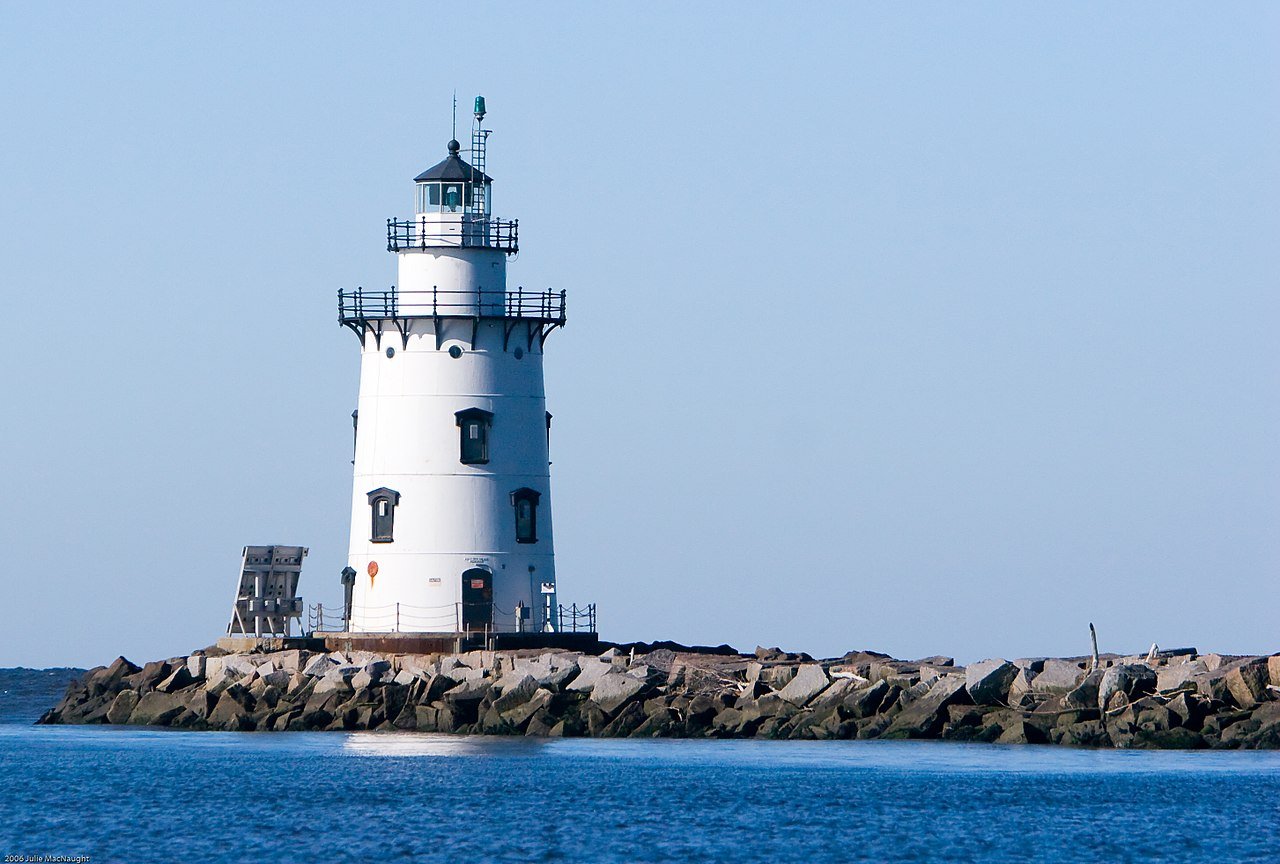 Lynde Point Lighthouse was built in 1802 and until Saybrook Breakwater Light was built, it was accompanied by a buoy to indicate the location of a sandbar. As maritime traffic rose after the Civil War, the buoy proved to be insufficient, prompting calls for a second lighthouse. Fortunately, around this time, the idea for prefabricated tubular, cast-iron lighthouses was developed by the engineer-secretary of the U.S. Lighthouse Board. What was innovative is that they could be designed as sections and put together onsite. Saybrook Breakwater Lighthouse was one of the first lighthouses built in this method.

Keepers lived in the lighthouse until it was automated in 1959. After that, U.S. Coast Guard members occupied it during bad weather (it is not clear how long they did this). It was sold to a private owner in 2013 and sold again in 2004 to its current owner, developer Frank Sciame, who bought a house owned by actress Katherine Hepburn. He admired the lighthouse from the house for years before deciding to buy it at auction. In 2017, he revealed plans to convert the lighthouse into a clubhouse for his grandchildren.