Situated close to the mouth of the Connecticut River, Fort Saybrook Monument Park is a 17-acre site where the state's first fort was built. The park also features the remnants of the Connecticut Valley Railroad roundhouse and turntable, and a statue of English military engineer Lion Gardiner who designed the fort, which was built c.1635. While nothing remains of it, the fort's footprint is outlined by a walking path and features a few interpretive signs and historical markers. The roundhouse and turntable site, which is listed on the National Register of Historic Places, features train tracks and two sets of train wheels. Visitors can also walk on elevated boardwalks that go through a riverside marsh.

Fort Saybrook Monument Park was established in 1910 to preserve the location of the the state's first fort. 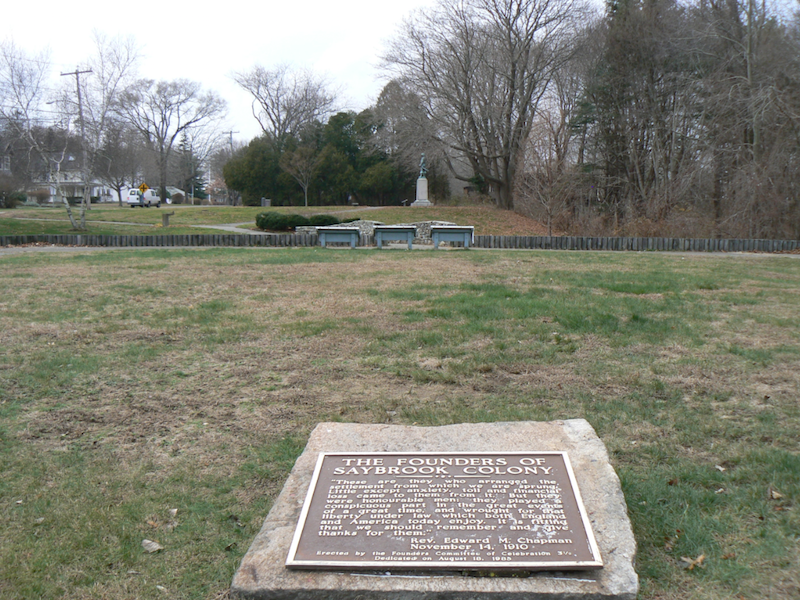 The site features a number of interpretive signs describing its history. 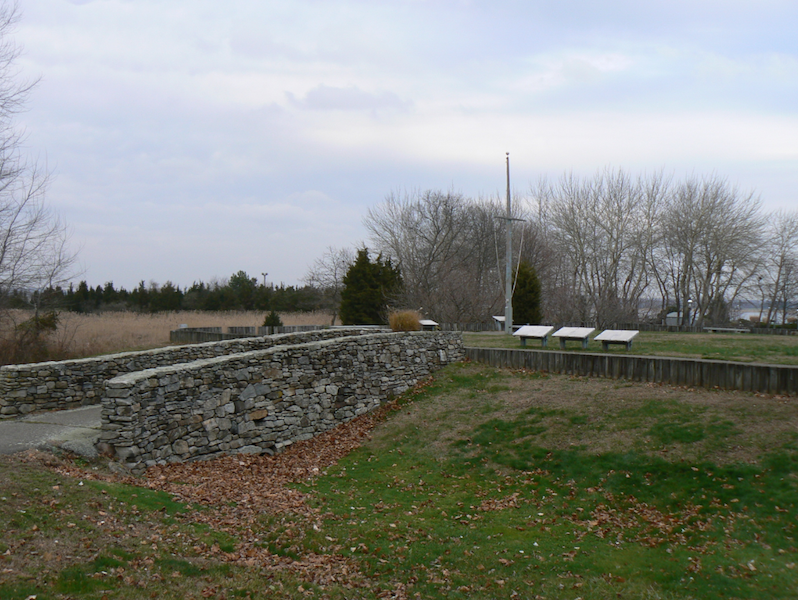 The statue of Lion Gardiner 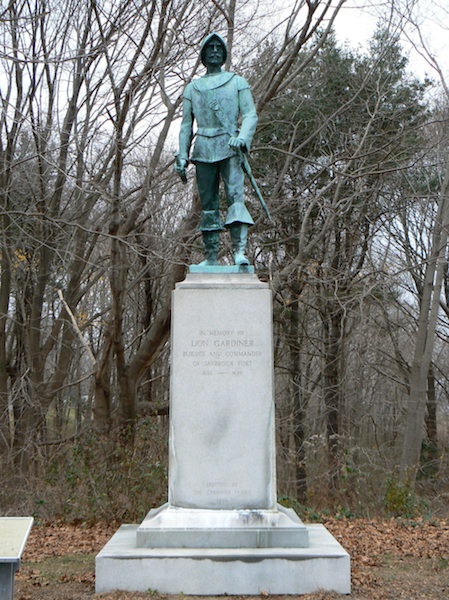 The remains of the roundhouse and turntable built by the Connecticut Valley Railroad. 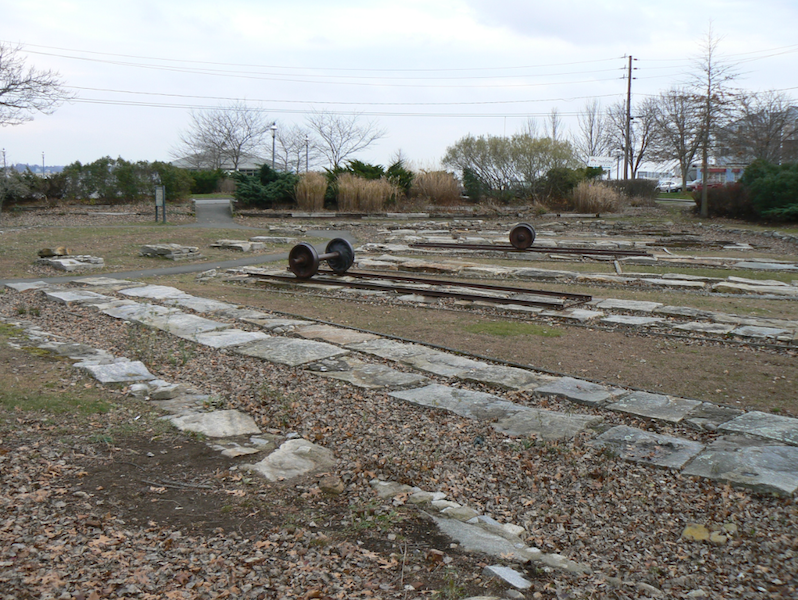 Fort Saybrook
The first European to explore up into the Connecticut River was a Dutchman named Adrian Block, who was employed by the Dutch West India Company. Block was tasked with mapping and claiming the coast for the Dutch, who had established a colony at New Amsterdam. In 1623, the company attempted to establish a settlement at Saybrook Point but the endeavor proved too difficult and they returned to New Amsterdam.

Then in 1635, Governor of the Connecticut territory, John Winthrop Jr., sent a group of 20 men (and two cannons) to occupy Saybrook Point. In 1636, Winthrop ordered the construction of the fort, assigning Lieutenant Lion Gardiner and 12 men with the task. Winthrop, who arrived a month later, decided to name the settlement to honor English noblemen Viscount Saye and Lord Brooke—hence the name Saybrook.

The fort was built to provide protection against attacks from other English settlers, the Dutch, and the Pequot Indians, who, unlike the other tribes in the area, did not welcome the settlers. As a result, the Pequot attacked the fort on several occasions. In response, the Saybrook and Hartford colonies declared war on the Pequot in 1637. With the help of a Pequot chieftain and his braves, they destroyed the main Pequot encampment in Groton.

The fort burned down in 1647 and was replaced with a smaller one. By this time, however, many settlers had moved away to establish other settlements which are now towns.

Connecticut Valley Roundhouse and Turntable
The Connecticut Valley Railroad (CVR) built the roundhouse and turntable in 1871. The site once included other facilities such as an icehouse and steamboat dock. Settlers were attracted to Saybrook point because it is where the Connecticut River met Long Island Sound. Therefore, it became an important trading center. As railroads were being built in the 1800s, it was only natural that they would reach Saybrook Point as they provided a faster means to travel and ship goods.

The CVR was initially built to compete with steamboat transportation on the river. Saybrook Point was the southern terminus of the line and the company was allowed to build steamboat docks, which was crucial for shipping. The turntable enabled trains to turn around to travel north. The extension to Saybrook Point stopped in 1922 and the facilities were abandoned.

"What Is the Significance of the Fort Saybrook Monument Park?" OlldSaybrook.com. Accessed March 11, 2019. http://oldsaybrook.com/story/what-is-the-significance-of-the-fort-saybrook-monument-park/303317.