The building on the northeast corner of Fourth and Raritan formerly housed a Masonic Lodge and municipal offices. 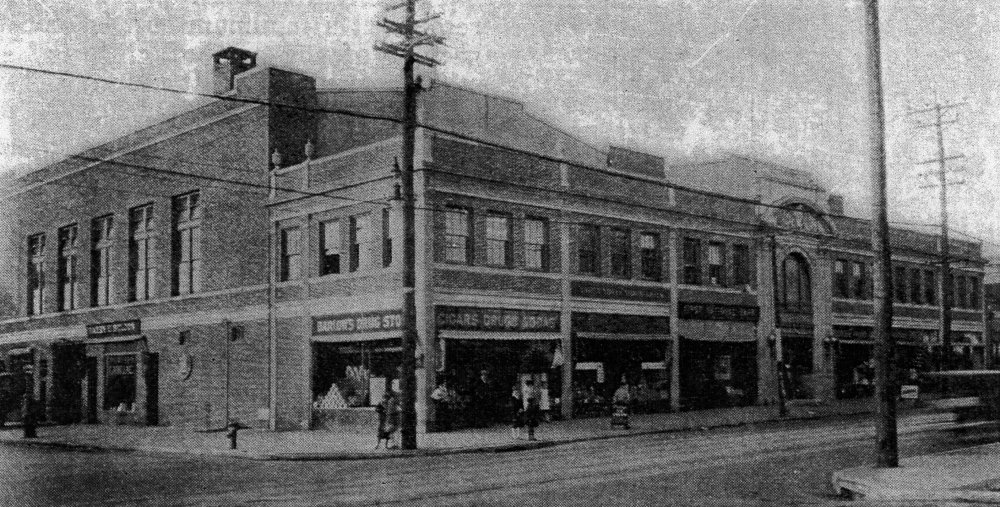 The building at 401-411 Raritan Avenue was designed by Alexander Merchant as a Masonic Lodge and opened in 1923. It has been home to municipal offices, the post office, the public library, religious congregations, and many businesses during its long life. The building originally had two stories; the upper floor was destroyed by fire in the 1965. Barlow’s Drug Store (after being established in 1917 at another location) was the first business to move into the building.

Until 1951 this was the address of the borough hall.  The second story of the building held offices and there was a three story tall back section which was covered in patterned brickwork and held a large auditorium that was among the area’s grandest.

The Masonic Lodge served as the borough’s community center and was home to a roller skating academy, dance marathons, basketball games, boxing and wrestling matches, and concerts from 1923-1965. There was a semi professional wrestling alliance that held events here every Friday night.