Known for its tall clock tower that reaches a height of 240 feet, the former 1909 Waterbury Union Station is a historic train station that is now the headquarters of the local newspaper the "Republican-American." While the building is no longer used for its original purpose, it is still a station on the Metro-North Railroad, the commuter railroad operated by the Metropolitan Transportation Authority of the state of New York. It was designed by the nationally known architecture firm McKim, Mead and White in the Renaissance Revival style. The tower is modeled after the famous tower in Sienna, Italy (the Torre del Mangia). The other notable part of the building is the waiting hall, whose facade features two-story tall arched openings. The station was added to the National Register of Historic Places in 1978.

Waterbury Union Station was built in 1909 and is listed on the National Register of Historic Places. 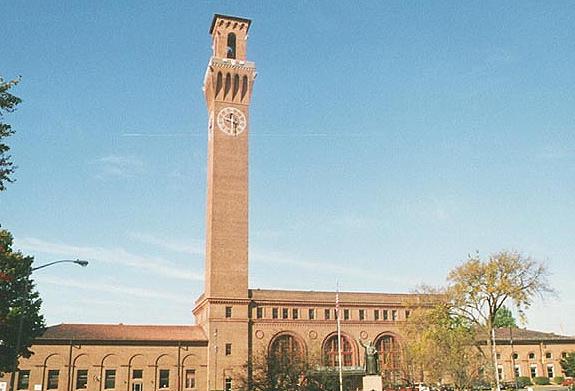 The tower is modeled after the Torre Del Mangia in Sienna, Italy. 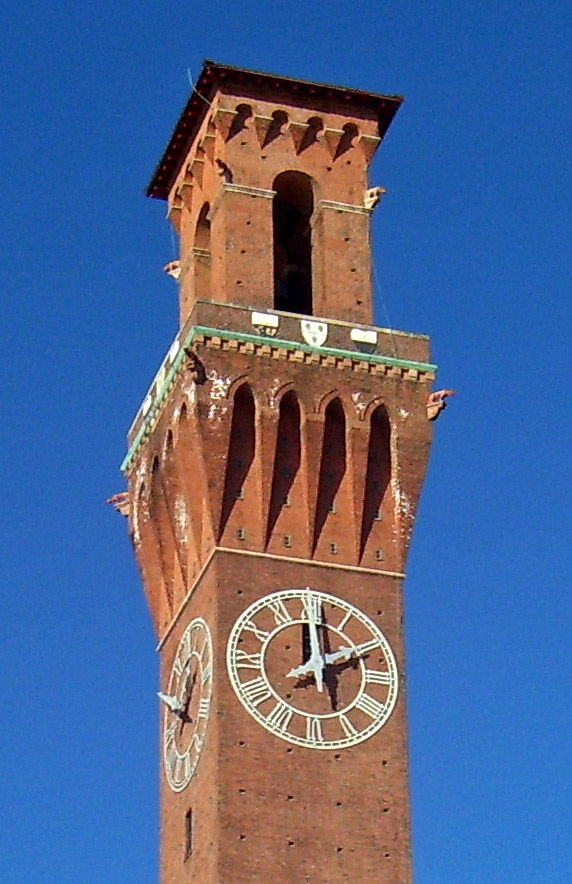 The station was built by the New York, New Haven & Hartford Railroad in 1909, coinciding when Waterbury was at its peak as an industrial and transportation center (Waterbury and other towns in the region produced clocks, brass products, and tableware). The station, therefore, represents the city's growth and prosperity during the early 20th century. Rail service continued to the 1970s. At that time, the two local newspapers that would merge to form the Republican-American moved in.