Once part of a multi-block complex belonging to the Carolina Power & Light Company, this building was originally used as a “car barn” and automobile garage where the company could store its vehicles. The former garage is adorned with a corrugated metal roof, large windows, and terra cotta coping typical of the Art Deco style, which was popular when this building was designed in 1925. Efforts to repurpose the building began a year after it was added to the National Register of Historic Places in 1997. The car barn is now home to an Irish pub and an architectural firm. 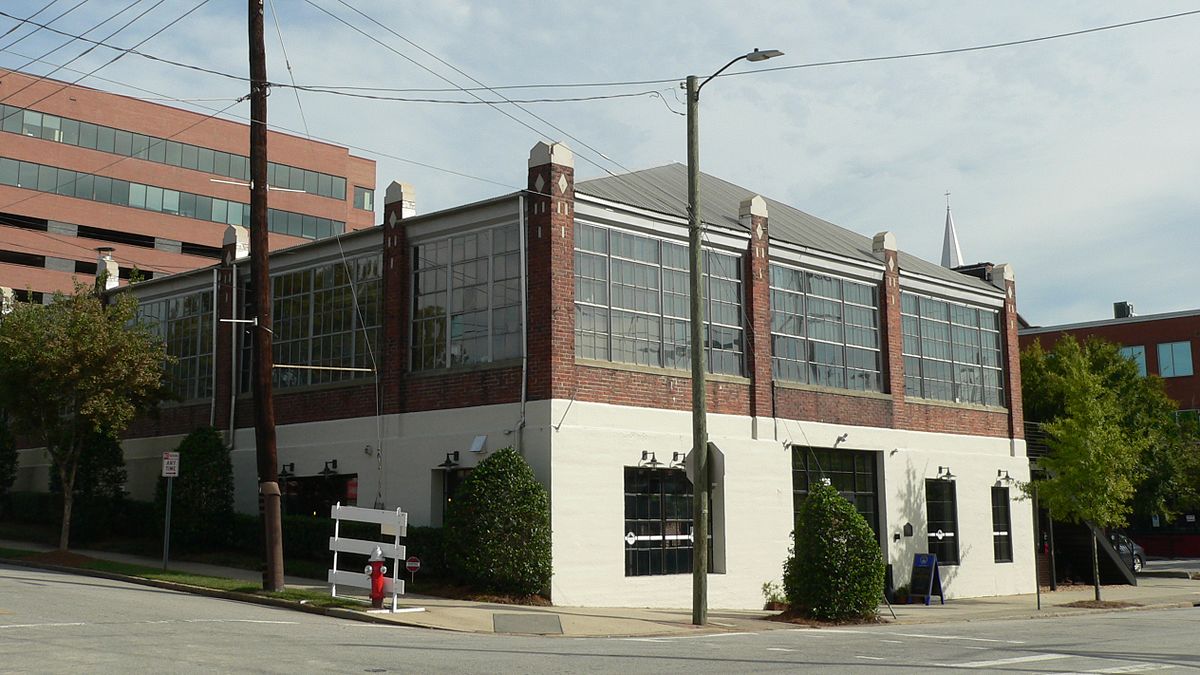 On July 13, 1908, the Raleigh Electric Company, the Central Carolina Power Company, and the Consumer Light and Power Company merged to become the Carolina Power and Light Company (CP&L). In the next four years, CP&L also acquired the Oxford Electric Company and controlling interest in the Asheville Power and Light Company. Because of World War I and the further industrialization of places such as cotton mills and fertilizer factories, CP&L thrived during the 1910s. The next decade saw the booming popularity of home appliances such as refrigerators and washing machines, which required electricity.

With the arrival of World War II, CP&L expanded operations in 1941. The company kept up with the times again when it began considering the use of nuclear energy in 1955. In 1966, CP&L built the nuclear Robinson Plant in Hartsville, South Carolina. It created another nuclear plant, the Brunswick Plant, in 1975. However, the public reacted strongly against the idea of nuclear energy, preventing the company from expanding its nuclear holdings much further.