The Isaac C. Lewis Cottage is a historic Victorian home located along the shore in the town of Branford. Listed on the National Register of Historic Places, the house was built in 1882 by its namesake, Isaac C. Lewis (1812-1893), who was one of the state's prominent industrialists (he specialized in the manufacture of tableware). The house's appearance is a blend of architecture styles including Gothic Revival, Second Empire, and Stick Style. Interesting features of note include the mansard-roofed tower and the hand-painted ceilings inside, which depict apple blossoms, ivy vines, fruit, and flowers. The home is a private residence but is easily viewed from the street.

The Isaac C. Lewis Cottage was built in 1882 and is listed on the National Register of Historic Places. 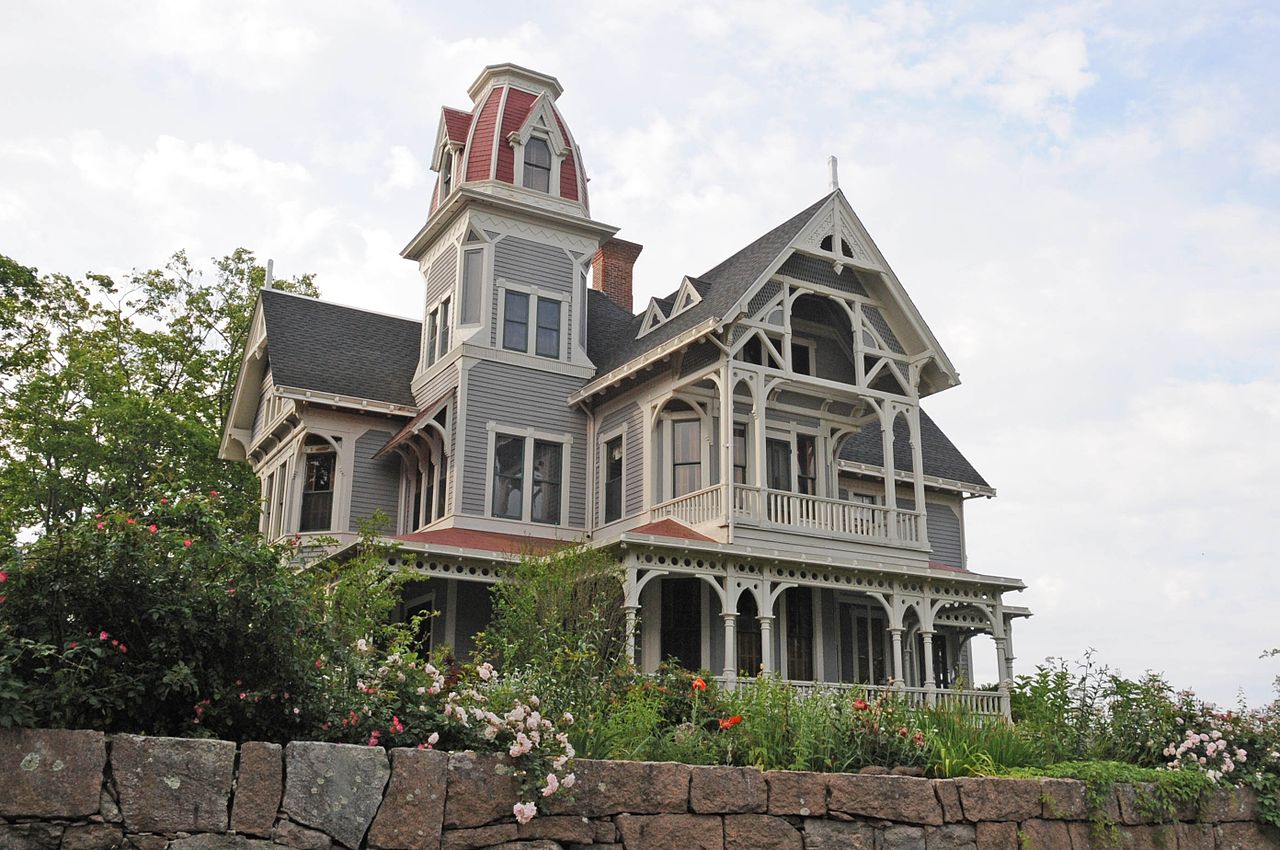 Isaac Chauncey Lewis was born in Meriden. He became an apprentice when was 15 and learned how to make tableware and other products out of a pewter-like metal called britannia. After working with a brother for a time, he set up his own britannia factory in 1841. His next big move came in 1851 when he joined a group of tableware makers to form the Meriden Britannia Company. He became president and led the company's transformation into a large-scale factory, manufacturing tableware using silver plating. The company was so successful that Meriden earned the nickname "Silver City."

Lewis was also active in politics and philanthropy. He served four terms as state representative and three terms as mayor. In addition, he was president of a local bank and provided financial support for temperance societies, St. Paul's Universalist Church, and the Meriden City Mission.

The house reflects Lewis' social standing. Although it is large, it is not extravagant like other homes of prominent businessmen such as those found in Newport or other resorts. Lewis also did not employ a large servant staff; he did not host big gatherings or guests. The cottage, then, was meant to be a place to relax and be comfortable rather than a showpiece to flaunt to others.