Built from 1899-1900 and in the wake of the American annexation of Hawaii, this building was home to Hawaii's first major brewery, the Honolulu Malting and Brewing Company. The company was best known for the popular Primo Lager, a brand that lasted long after the building was sold to the American Brewery Company. Royal Brewery name is a reference to the beer made by that company, although Primo beer resumed production after Prohibition and was popular through the 1960s. Primo later became part of the Schlitz brewing empire before being produced by Stroh's and finally Pabst. The building is currently home to the Hawaii Community Development Authority and serves as a reminder of the numerous industrial buildings that arose during the late nineteenth and early twentieth centuries. 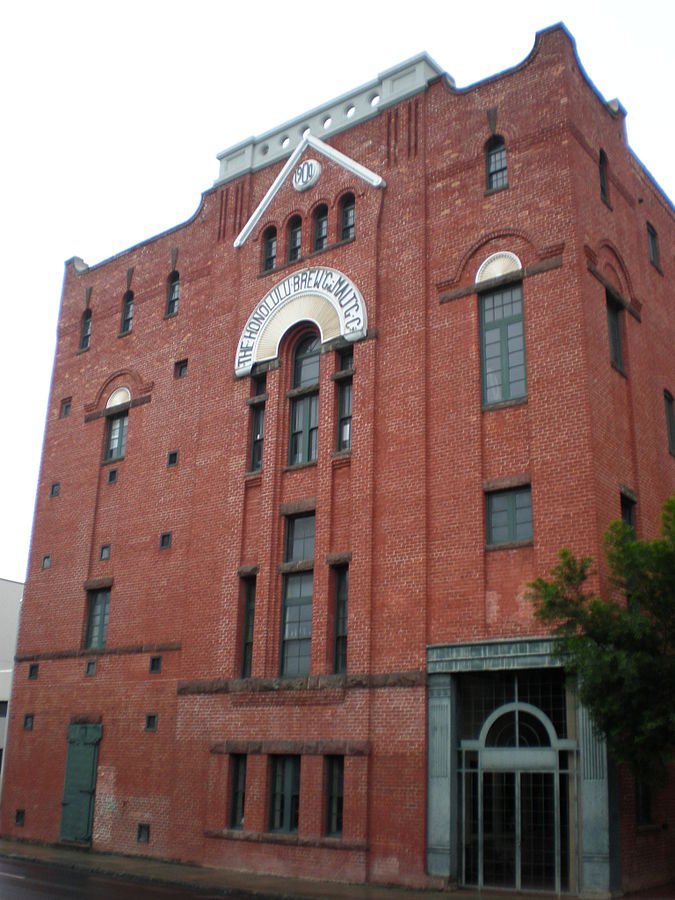 According to its early 1900s ads in the Hawaii newspapers, Primo Beer was could refresh both mind and body and was healthier than tea and coffee. The lager allegedly relieved insomnia and had salubrious effects for those in tropical climates. 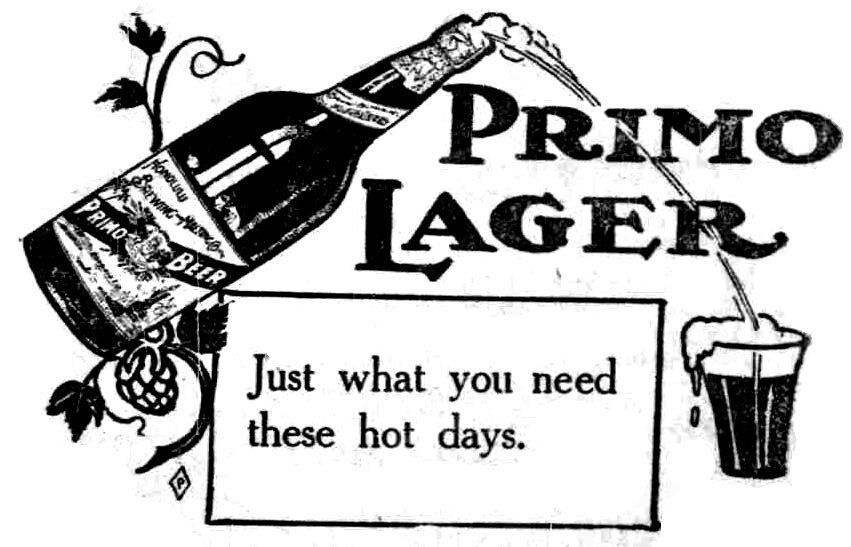 The Brewery building served as the original home to the Honolulu Malting and Brewing Company, makers of the popular Primo lager. A New York architect designed the building and constructed it with materials shipped from San Francisco during the years 1899-1900. In addition to being the oldest remaining brewery building in Hawaii, the structure is likely the only building of its type in the state and serves as an excellent example industrial architecture that was prevalent in the United States during the late nineteenth and early twentieth centuries.
Operating a brewery in Hawaii proved daunting given the strong missionary and religious influence that dominated the politics of the island at the same time many American states were embracing prohibition. In addition, many of the workers on the island found that they could not escape the pervasive rules and work schedules imposed by plantation owners who sought to regulate workers and maximize production.

Four notable breweries had already failed in Hawaii during the nineteenth century, so it took herculean efforts for the island's fifth brewer to find success brewing and distributing beer. That beer, known as Primo Lager, was produced by the Honolulu Brewing and Malting Company, in this historic brick brewery. The brewery opened in 1900 and the first public consumption of Primo Lager occurred on February 13, 1901.  Primo prospered until Prohibition began in Hawaii in 1918, two years earlier than the mainland when the Eighteenth Amendment took effect on January 16, 1920.
After the dry era ended in 1933, The American Brewing Company (organized in December 1933) occupied the historic building while Primo Lager found a new home with the Hawaii Brewing Corporation in a new structure at Kapiolani Boulevard and Cooke Street. The Hawaii Brewing Corporation produced Primo until 1963. At that time, and similar to the experience of many local breweries throughout the U.S., Primo was absorbed by a much larger brewing conglomerate. American brewing numbers declined from more than 4,000 around the turn of the century to less than 100 by the 1980s and did not rise again until the emergence of the craft-beer boom, which as of 2019 has resulted in brewery numbers exceeding 7,000 breweries. Schiltz took control of Primo through the 1980s, followed thereafter by Strohs though 1997. After a lengthy gap in its production, Pabst reintroduced the brand and original recipe in 2007.

Pale Ambrew emerged as Primo's chief rival beer, first served on draught from the American Brewing Company on April 9, 1934, followed soon by Royal. Both Ambrew and Royal remained in production until 1962, a year before the company folded; a failed modernization plan devised in 1960 did not solve the company's financial woes tied to declining sales. After sitting empty, renovations to the building took place in 1996, but problems arose during the renovation that assured the building's emptiness for quite some time prior to the acquisition by the Hawaii Community Development Authority.