The former Charter Oak Firehouse was the first fire station built in Meriden and the oldest municipal building still standing in the city. Listed on the National Register of Historic Places, it was built in 1876 in the Romanesque Revival style and is significant for its role in Meriden's fire fighting history. The most prominent feature is the five-story tower, which is where firemen hung water hoses; the tower also had an alarm bell. It is not clear what the status of the building is today but it seems to be owned by a local real estate company.

Charter Oak Firehouse was built in 1876, the first fire station built in Meriden. 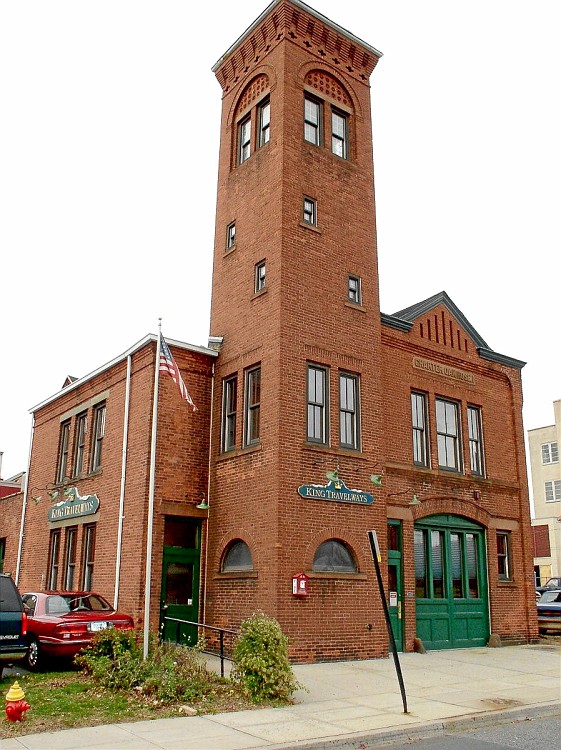 The building was used by the company until 1979 (by this point additions had been built). It then became an office of the Connecticut Department of Motor Vehicles. This lasted until 1992 when it was converted into commercial space. Recently, it served as the location of a travel agency and then an art gallery. The real estate company bought the building in late 2017.