Bonnie and Clyde Apartment and Shootout

One of the most noted locations in Joplin's history is a small garage apartment rented by the notorious outlaws Bonnie Parker and Clyde Barrow. The exact location of their shootout with the law that resulted in the tragic deaths of two peace officers. Clyde Barrow, Bonnie Parker, Buck & Blanche Barrow and William Daniel Jones rented the apartment April 1, 1933. Their stay ended in a shootout on April 13th. The hideout has been featured in a BBC Time Line documentary aired on the National Geographic Channel. Soon after, it was added to the National Register of Historic Places. The charming stone garage apartment was restored and beautifully decorated in 1930s era decor with all the comforts of home by a local pastor, Phillip McClendon and his wife, in hopes of turning it into a bed and breakfast. The charming rock garage apartment hosted many historians, notable authors and Barrow Gang family members. The owner's goal was to preserve not only the historic apartment and it's history, but to share the history with future generations so they may learn from the tragic mistakes made in the past. Due to the May 2011 Tornado that devastated Joplin, there was a lack of housing so the owners have leased the apartment out on a long term lease as a private residence. 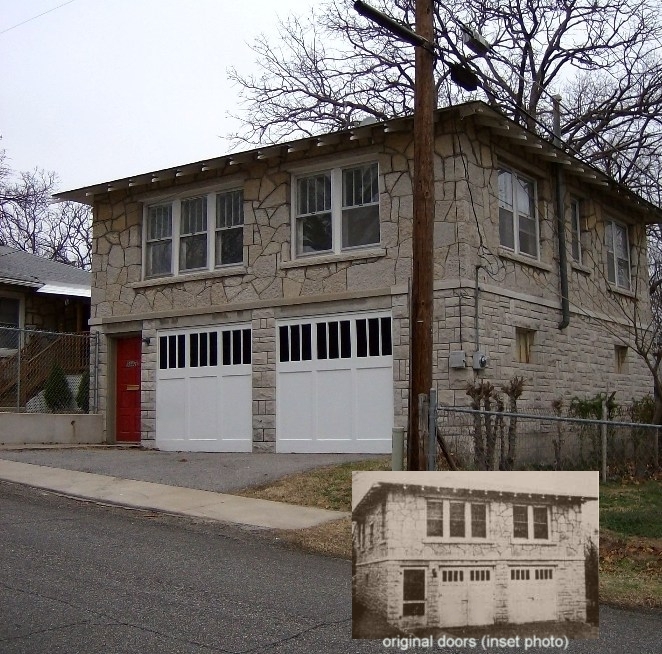