Also known as the Stone Church, All Saints’ Memorial Church was completed in 1864 and designed by famed church architect Richard Upjohn and his son. The Gothic revival church features a simple design comprised of local field stone, wood, and a steep gabled slate roof. It was constructed largely through the efforts of the Stephens and Milnor families. The small complex now includes a parish house, rectory, carriage sheds and small cemetery. It is one of the best preserved and unaltered English “mission” church complexs in the country. All Saints’ Memorial Church was added to the National Register of Historic Places in 1974 and designatd a National Historic Landmark in 1988.

All Saints' is a quintessential English small parish church designed by Richard Upjohn and his son. 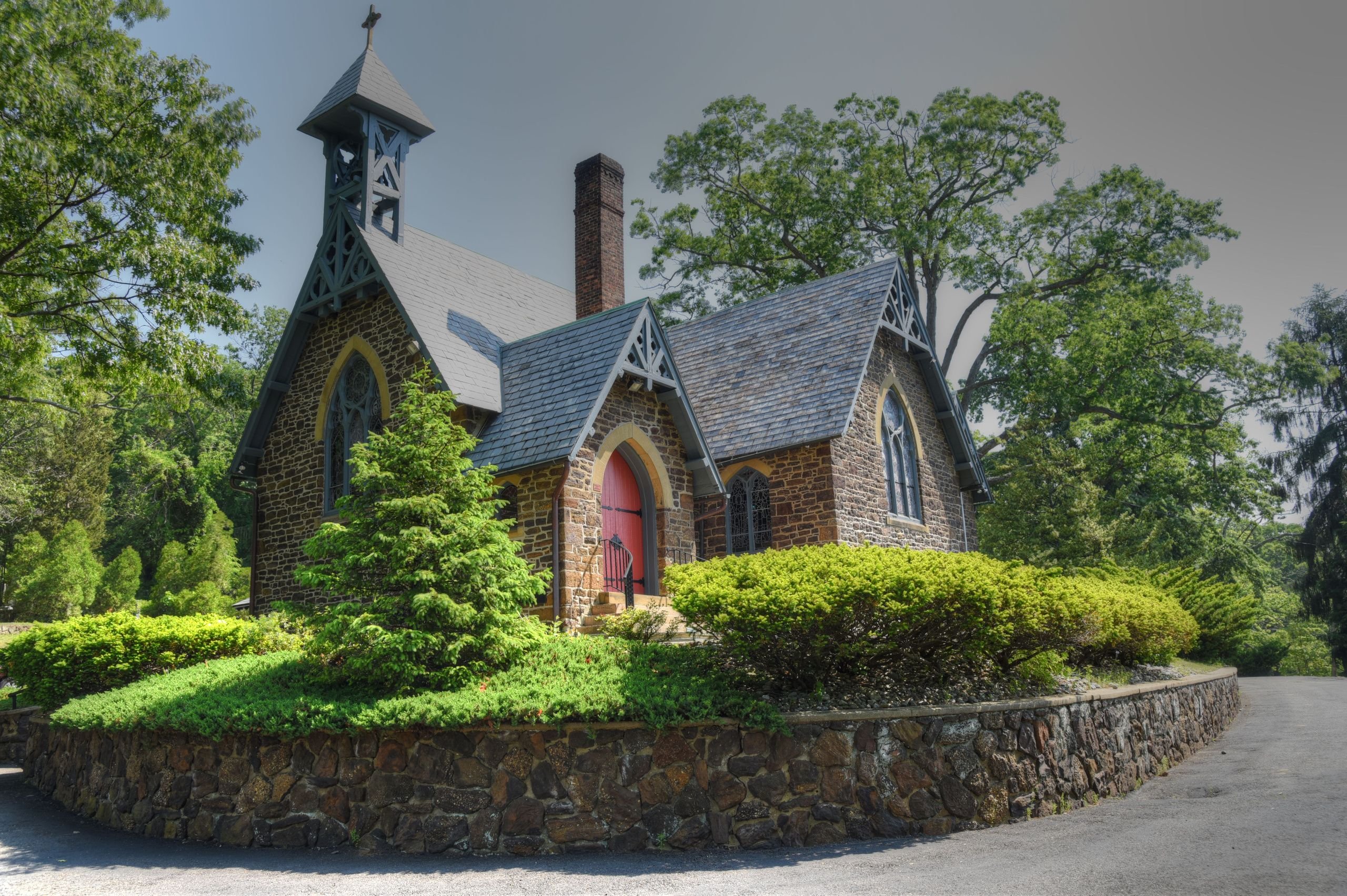 The rectory within the All Saints' complex was built in 1870. 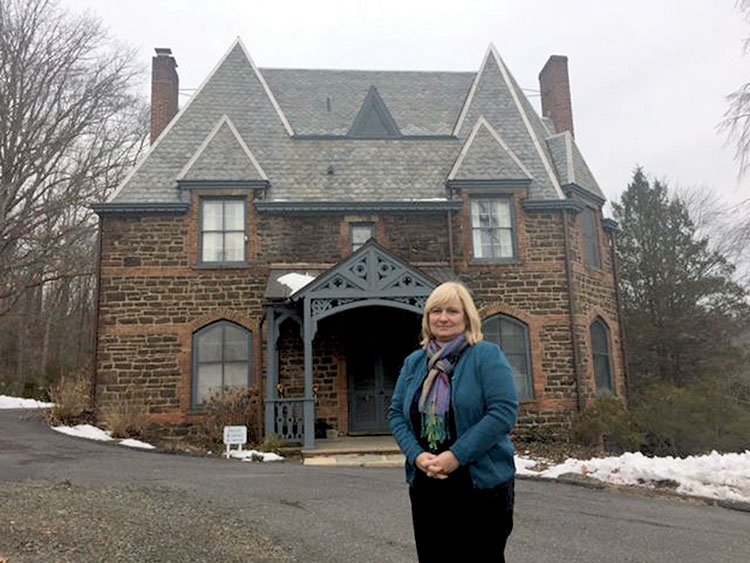 The small and well-landscaped cemetery. 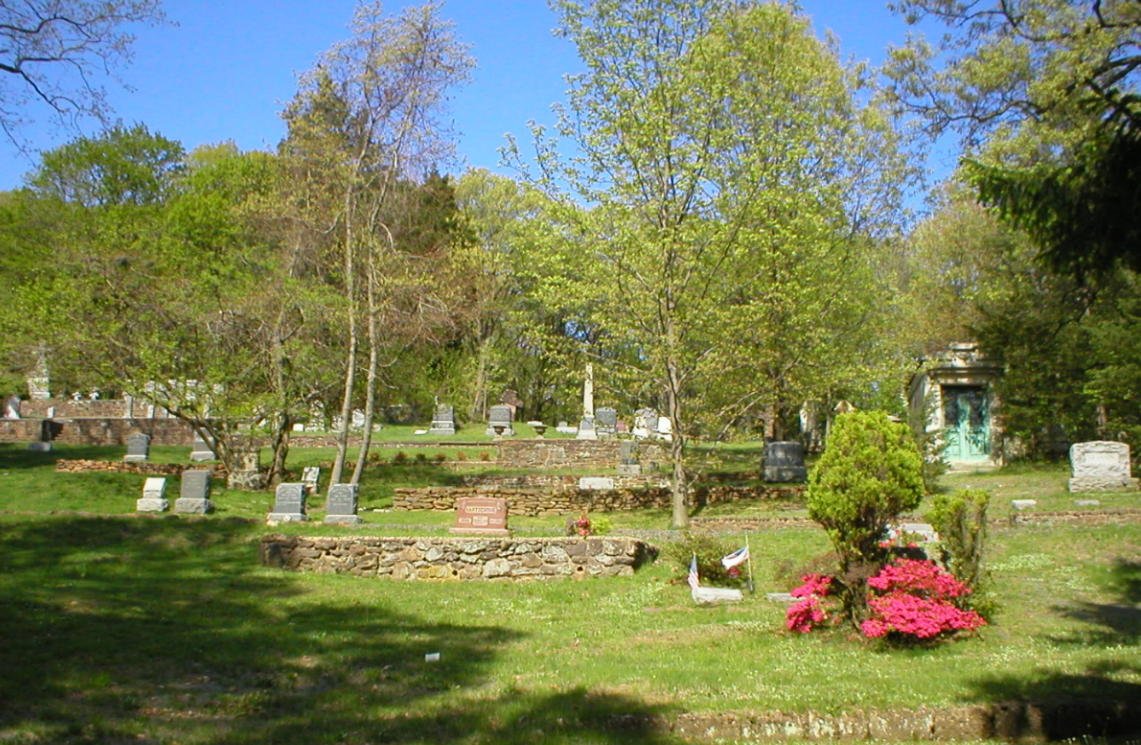 These three stained-glass windows above the alter represent faith, hope and charity. 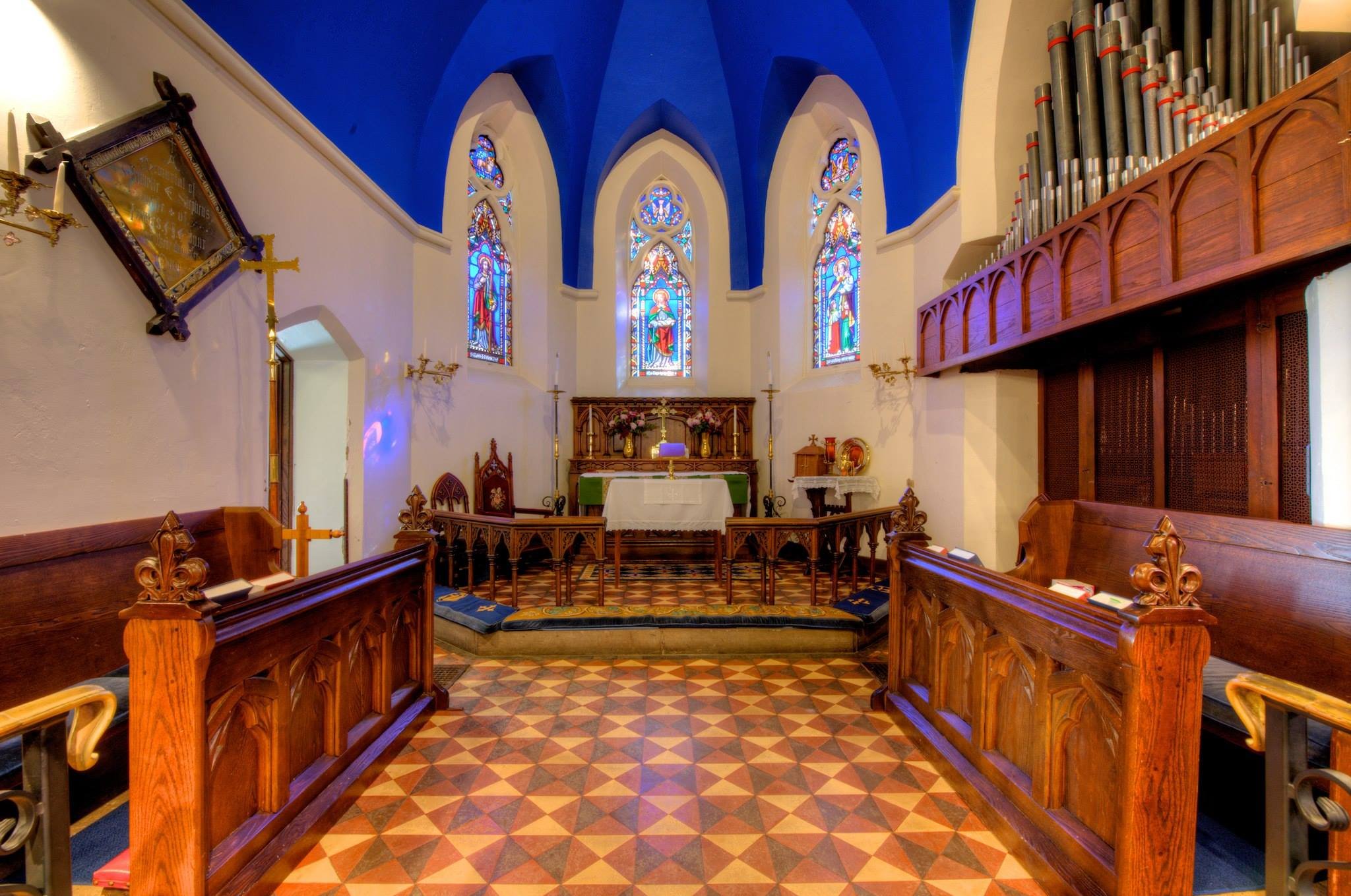 All Saints' as seen from overhead. Part of the rectory and barn can be seen on the upper-right. 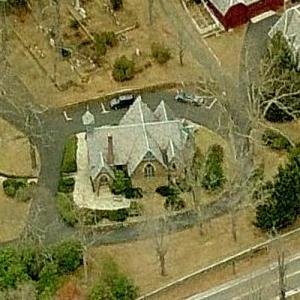 Local families in the town of Riceville (now Navesink) established an Episcopalian congregation, led by Reverend Wlliam Dunnell, in 1861 and began meeting in a nearby schoolhouse.  Prominent members, John Stephens and Charles Milnor, donated the land and hired the Upjohns to design a small parish church modeled on the English style.  They also sought to use the church as a memorial to Stephens’ daughter, Jennette Stephens Edgar, who had recently passed at a relatively young age.  In 1863, the cornerstone was laid by the Bishop of New Jersey, William Henry Odenheimer.

English-born Richard Upjohn, who co-founded the American Institute of Architects in 1857 and served as its first president, was one of the best-known church architects in the country at this time.  Assisted by his son, Richard Michell, Upjohn designed a simplistic Gothic revival church built with local materials modeled on the St. James-the-Less Church in Philadelphia.  The fieldstone church features a gabled slate roof, short wooden spire, red sandstone trim and lancet windows filled with stained glass.  Lacking unnecessary ornementation, the interior houses oak pews, a carved baptismal font and balustrade and a polygonal chancel.  Its stained-glass windows above the alter represent faith, hope and charity and numerous others feature Biblical figures and events such as Mary, the Ascension, the Four Evangelists, Agnus Dei, and St. Simeon and a young Christ.

Soon after the church was completed, the parish house was built in 1865 which served as the congregation’s schoolhouse.  The rectory and rectory barn followed in 1870 and the carriage sheds were thought to have been built prior to 1890.  Within the parish’s small cemetery are buried the remains of many members of the founding families and it features monuments, mausoleums and other forms of funerary art.

Most small English-style church complexs are either gone or were expanded until they were unrecognizable.  All Saints’ is one of the few in the country that suffered neither fate.  Today, the church and other buildings sit on a 5.5-acre lot and little has changed since the complex was first built.  In 2016, the parish received a $150,000 grant from the New Jersey Historic Trust to replace the roofs on the rectory and church.  The church is also home to the Stone Church Players, an amatuer theatre troupe and it hosts numerous community events and dinners as well as regular Sunday and Wednesday services.