Located on a high point (Mt. Carmel) in Sleeping Giant State Park, Sleeping Giant Tower is a unique observation tower reaching a height of over 30 feet. Designed in the Romanesque style with castle-like features, the tower was built in 1936 by workers of the Works Progress Administration, one of the federal agencies tasked with providing jobs during the Great Depression. The tower is also unique in that it does not only have an observation deck; it has a few rooms, some of which have fireplaces. For these reasons, it was added to the National Register of Historic Places in 1986. The park gets its name from the mountain that resembles a person lying down. 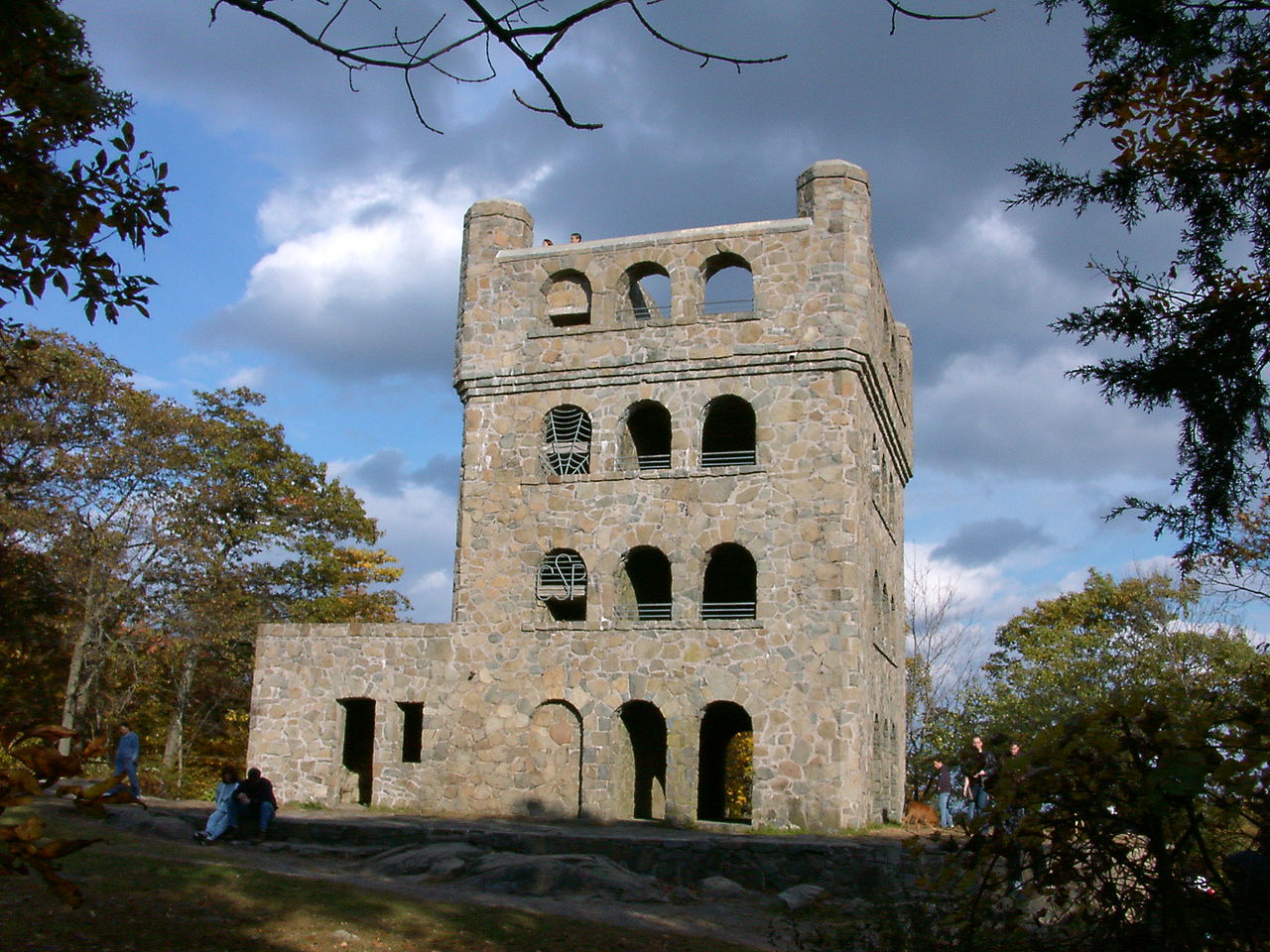