Established in 1889, the Westport Historical Society's mission to preserve and promote the town's rich history. It is located in the historic Bradley-Wheeler House, which was built in 1795 and listed on the National Register of Historic Places in 1984. The house features three Victorian-period rooms and a gift shop. Also on the grounds are a historic 19th century one-room schoolhouse called Adams Academy that operated from 1837-1867; the only octagonal-shaped barn in the state, which was built around around 1847 and houses the Museum of Westport; and a large hall where many exhibits are shown throughout the year. The museum features a model diorama of the town as it appeared at the end of the 19th century, and exhibits that describe the history of the town; a variety of artifacts are also on display.

The Bradley-Wheeler House was originally built in c. 1795 and is today the location of the Westport Historical Society. 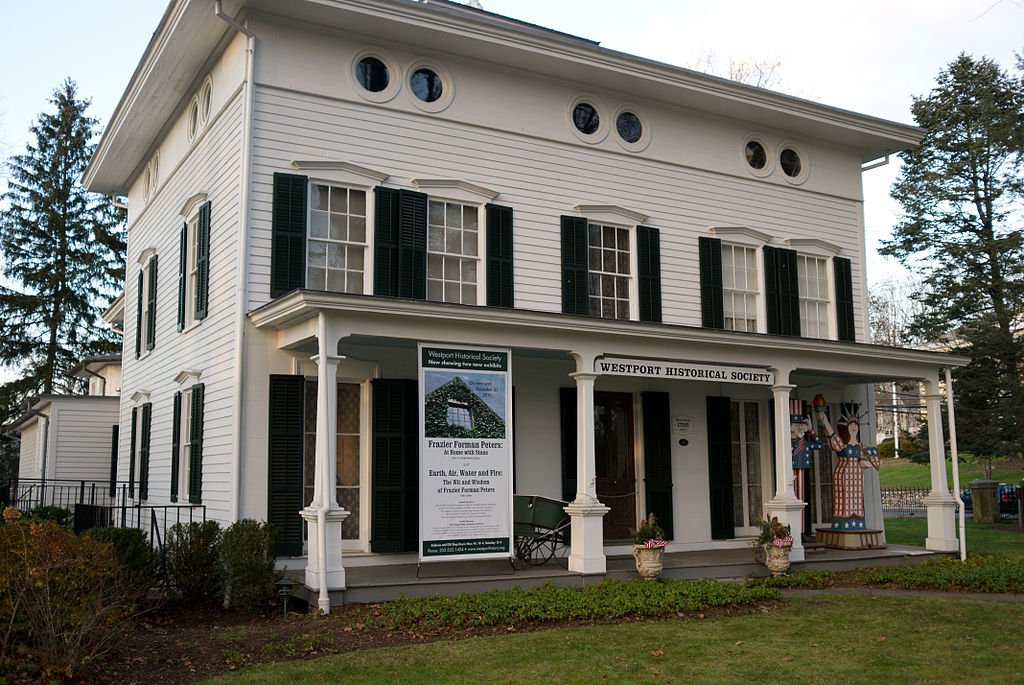 The house was originally small and built by a man named Captain Ebenezer Coley for his son, Michael. Over time, it grew and underwent significant alterations, particular in the 1860s when new owner Morris and Mary Bradley converted it from a simple structure to the Italianate villa seen today. One of their children, Julia, married a businessman named Charles Beach Wheeler in 1868 and they lived in the house. The house and property remained in the family until 1958. The last owner, Christ and Holy Trinity Church, sold it to the Westport Historical Society in 1981.