The modest studio of famed American artist Andrew Wyeth and the nearby Kuerner Farm will forever be intimately linked. Wyeth lived and/or worked in the former schoolhouse that served as his studio for over 70 years and when he was not painting in that studio, he was wandering through the farmhouse, barn and fields of Kuerner Farm looking for artistic inspiration. Wyeth produced over 1,000 works of subjects found on that farm, to include his secretive portraits of Helga Testorf. Both the farm and studio are now owned by the Brandywine River Museum of Art and open for tours. Kuerner Farm was designated a National Historic Landmark in 2011 and that designation was expanded to include the Andrew Wyeth Studio in 2014.

The converted schoolhouse that served as Wyeth's studio for over 70 years sits along Creek Road near the Brandywine River Museum of Art. 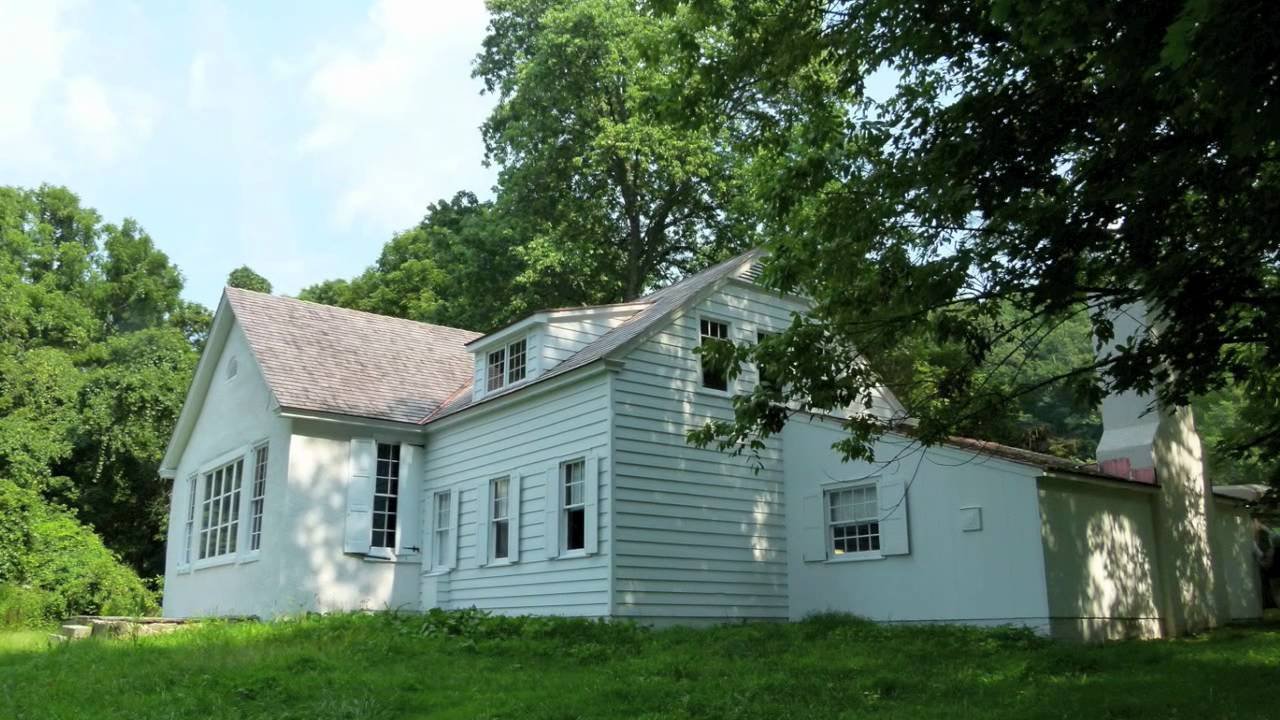 A glimpse inside Wyeth's studio. 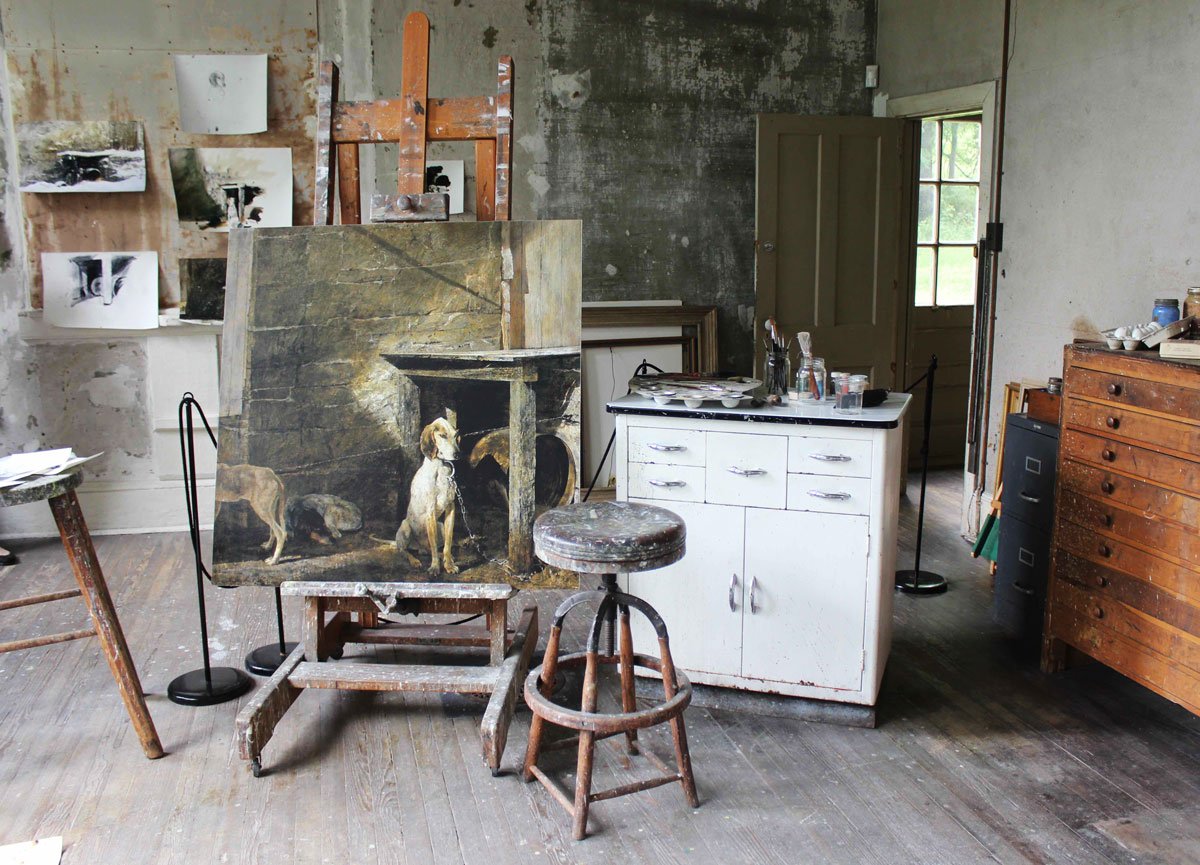 The lane, off Ring Road, that leads to Kuerner Farm that Wyeth walked up numerous times. 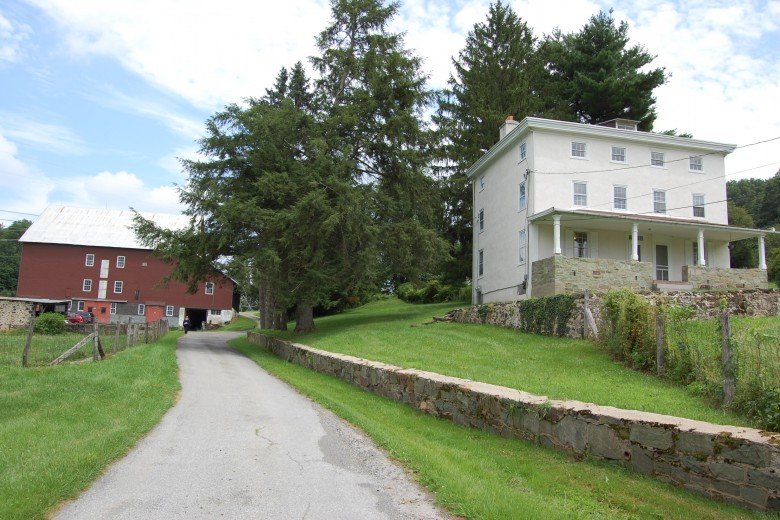 A young Andrew and Betsy Wyeth. 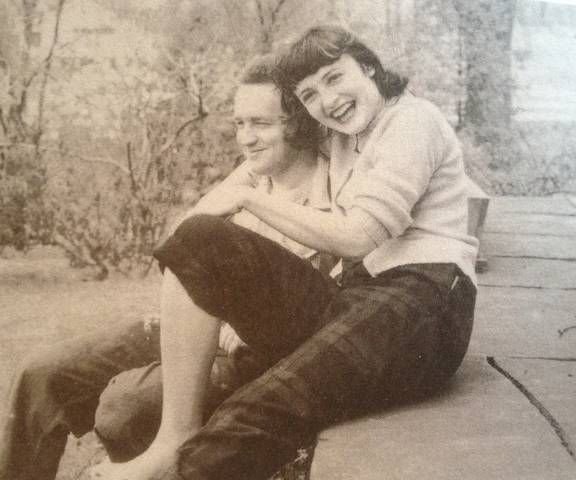 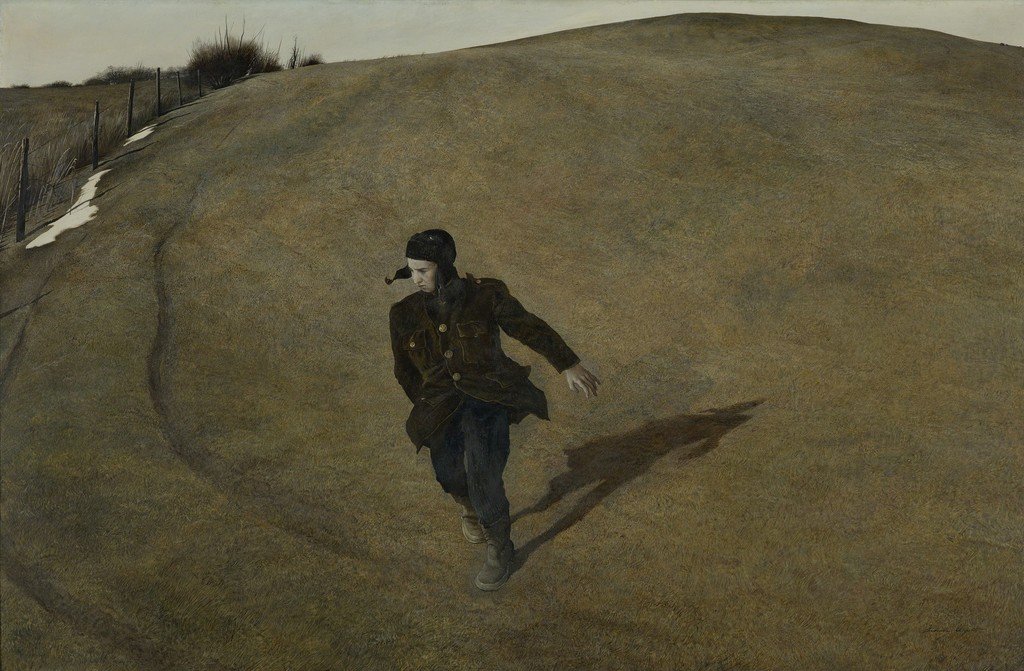 One of over 200 portraits of Helga painted by Wyeth. 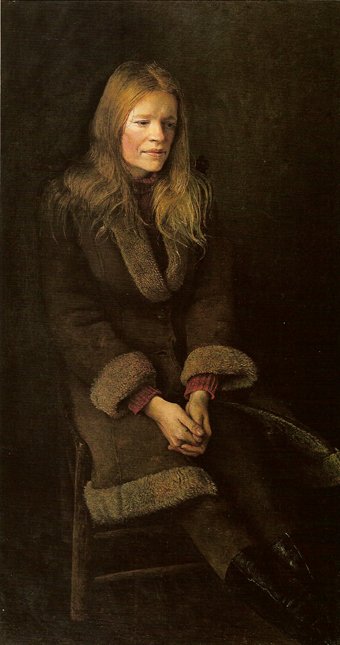 When Andrew Wyeth was born in 1917, the fact that he would go on to become one of the greatest 20th century American artists was not far from the realm of possibilities.  His father, Newell Convers, known as N.C., was a famous and accomplished artist in his own right and taught Andrew a great deal about the profession.  Of frail health, Andrew was essentially home-schooled and his father played a very formative role in his life.  Unfortunately, N.C. died in 1945 when his stalled car was struck by a train at a railroad crossing near the family’s home.

As a teenager, Wyeth began to wander around his larger surroundings and eventually made his way to a nearby farm rented (and later owned) by German immigrants, Karl and Anna Kuerner.  Thus, began a relationship with the Kuerners that would last until their deaths.  Young Andrew was enamored with the Kuerners and the simple starkness of their farm and lives.  He produced his first painting of the farm in 1932 at the age of 15 and was soon given access to the entirety of the Kuerner’s lives which he documented in art.

Wyeth’s first commercial success occurred in 1937 when he had a one-man exhibit of his watercolors displayed at the Macbeth Gallery in New York City.  The entire exhibit was purchased by various patrons.  From this point, Wyeth became a prolific artist, favoring sparse landscapes and simple portraits.  He married Betsy James in 1940 and the couple began to split their time between summers in Cushing, Maine and Chadds Ford.  It was in Maine where he painted one of his most famous works, Christina’s World in 1948.

Back in Chadds Ford, in 1940, Andrew set up a studio in a former clapboard and stucco schoolhouse that was built in 1875 and purchased by his father in 1925.  It provided Wyeth access to the beloved Kuerners and their farm as well as other points of interest to him in Chadds Ford.  As Wyeth stated, “I paint may life,” and the number of works he produced from subjects within walking distance of his studio is proof of that.

In 1971, Wyeth was introduced to Karl Kuerner’s German-born caregiver, Helga Testorf.  Over the course of the next 14 years, Wyeth would produce over 240 works that included Testorf in various poses in various settings, most done within the Kuerner’s farmhouse.  What made this unusual was the fact that these paintings were produced in secret, neither Testorf’s husband, nor Wyeth’s wife knew of their existence.  The works became public knowledge when they were sold to billionaire Leonard Andrews in 1986 and were then put on display at the National Gallery of Art the next year.

Karl Kuerner died in 1979 and Anna in 1997.  The farm was then acquired by the Brandywine Conservancy in 1999 with the generous assistance of Karl Kuerner Jr.  Andrew Wyeth died in 2009 and his studio was donated to the Brandywine River Museum of Art by his wife.  Today, both are open for docent-led tours from April through late-November.