This white pyramid in Papago Park is the tomb of George Wiley Paul Hunt, Arizona’s first governor. Hunt served a total of seven terms. Hunt acquired the burial site in 1932 and the tomb was completed the following year The Tomb was dedicated to Hunt’s wife and serves as her final resting place along with other family members. The tomb’s unique design was inspired by the Hunt family's interest in the Egyptian pyramids and helped secure its place on the National Register of Historic Places. 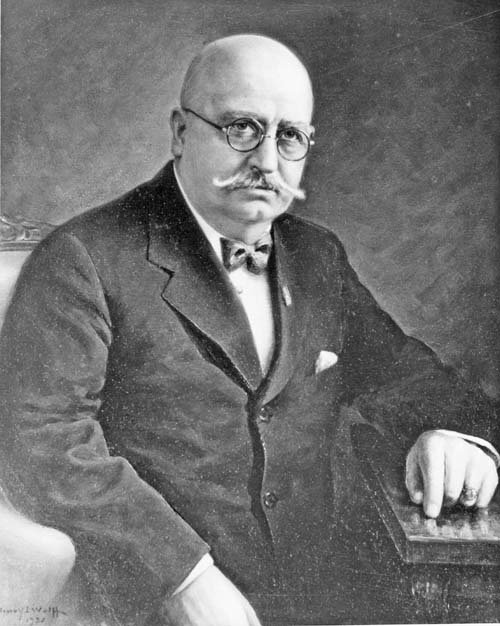 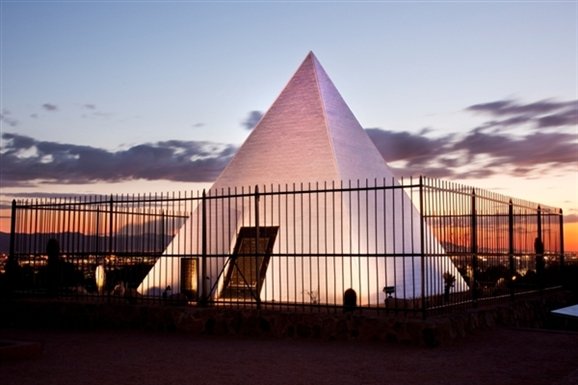 A plaque on the tomb dedicated to George Hunt, added by the Daughters of the American Revolution. 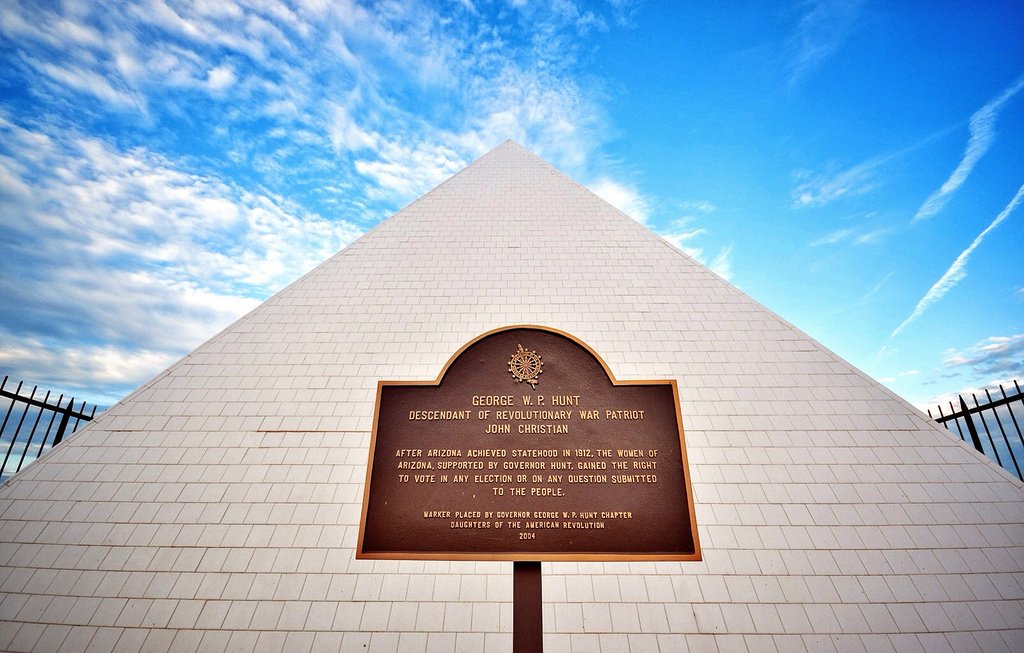 George Hunt was Arizona’s first governor and served a total of seven terms. As Hunt was nearing the end of his life, he searched for a distinctive location for a family tomb and eventually found a small plot in Papago Saguaro National Monument. The monument was abolished in 1930 due to lack of funding but is now home to numerous parks and civic spaces.

The tomb’s design and construction was led by Del E. Webb who selected the white pyramid design after being inspired by Hunt’s visit to Egypt. The tomb was finished in 1933 and dedicated to Hunt’s wife who had passed two years prior. Hunt was placed in the tomb in 1934. Today, the remains of seven members of Hunt’s family are buried within the tomb.

During the 1940s, Hunt's descendants became concerned about potential vandalism. The war had left Papago Park without a custodian, and requests for more funding for the security of the area were not provided by the state. The city of Phoenix acquired the land surrounding the tomb in 1958 which led to more use of the land in ways that discouraged would-be vandals.

In 2006, the tomb was nominated and added to the National Register of Historic Places. The committee that reviews applications were concerned about the tomb's structural integrity as it had sustained exterior damage and the top of the pyramid had been missing. The Daughters of the American Revolution noticed this damage while dedicating a plaque. Helen Bernard, a member of the group, decided to lead renovation efforts. Through fundraising, charitable donations, and help from the Banker Institution in Phoenix, the DAR gathered enough funds to restore the tomb. Improvements were made to the fencing and interior; the exterior was replaced as with the missing piece of the tomb’s peak.