This marker designated the location of the Crawford-Dorsey House which was built in 1821 and was occupied by military leaders on both sides of the Civil War. The proximity of the property to the Macon & Western railroad caused the house and the 2,400-acre accompanying land to serve as a shelter and camp for Union and Confederate soldiers at different points in the war. During the Stoneman-McCook cavalry raid in the summer of 1864, for example, Union Colonel James R. Brownlow established his headquarters on Stephen Dorsey’s land. U.S. General Judson Kilpatrick and his men also controlled this land during an attack on Confederate-held rail lines. During these battles, the occupying Union army stripped Dorsey and his family of crops, assets and other valuable items. The arrival of Confederate cavalry in August 1864 led to a battle, and this area is still home to metal fragments from rifles and artillery shells. Less than two weeks after that, both the Union and Confederate forces built fortifications separately on the property, where they stationed themselves through the duration of the Battle of Jonesborough. Within five weeks, the whole plantation was decimated. 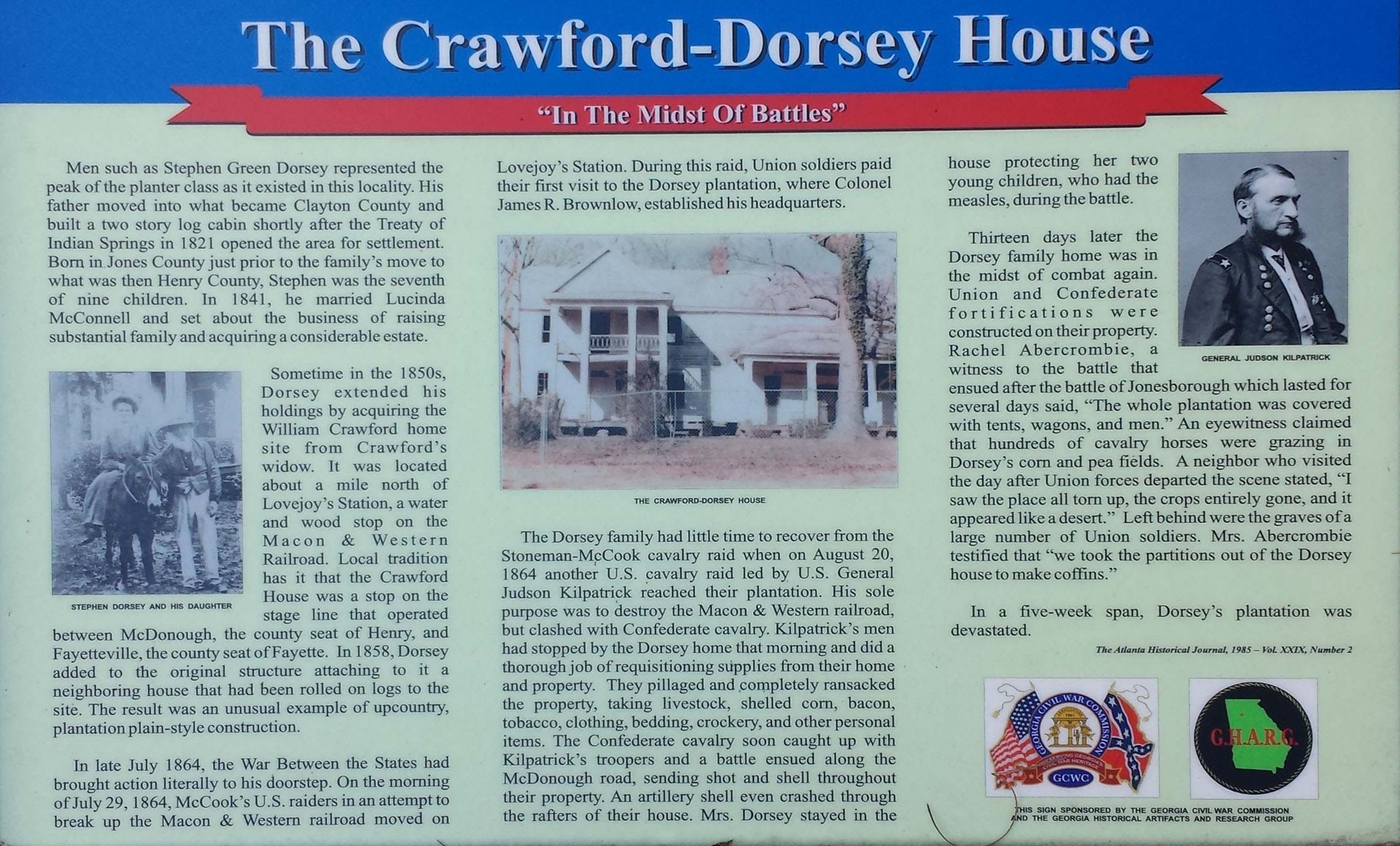 A family cemetery is located just off the main road 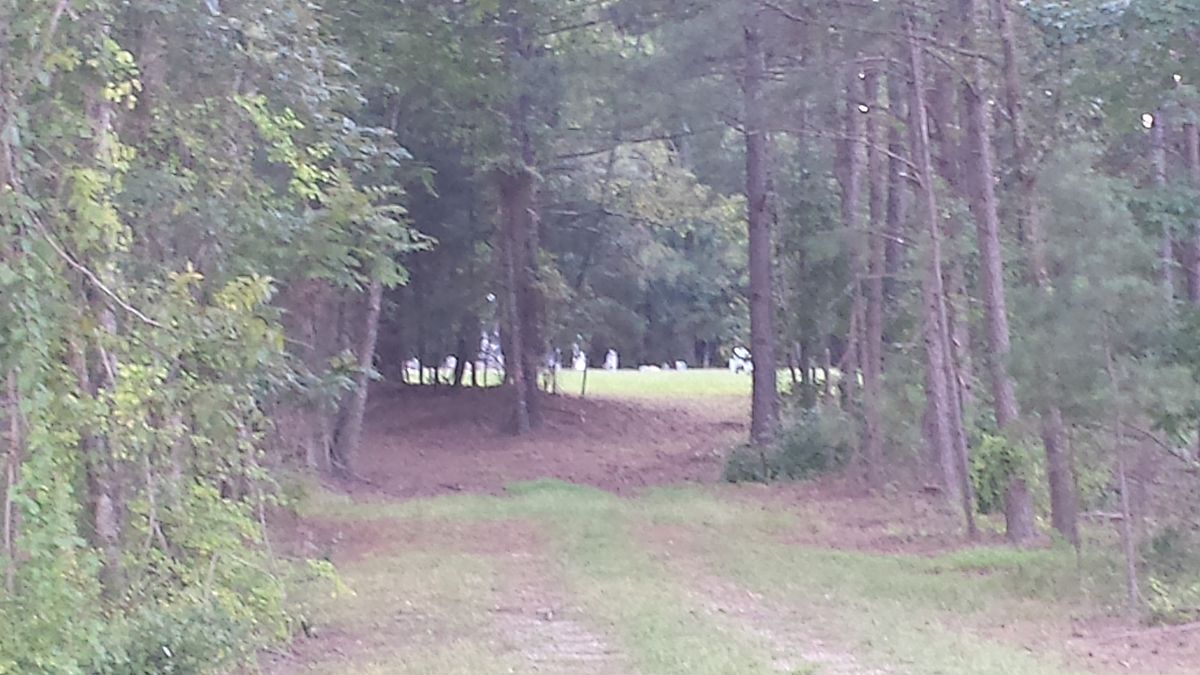 Treaty of Indian Springs paved the way for Stephen Green Dorsey’s father to acquire this land in the 1800s. Stephen, along with his parents and eight other siblings, lived in the two-story log home up until 1841. In that year, Stephen married Lucinda McConnell. The couple built a large family and a large estate, and Stephen soon became a  judge for Clayton County. At this time, Dorsey was able to acquire this property which had previously been the home of William Crawford’s widow. The land was valuable given its location one mile from the Macon & Western railroad. The Dorsey house was moved on rolling logs to this location and he joined the two homes together to form one formidable home.

On July 29th, 1864, Union forces attacked the Lovejoy rail station as part of their attempt to break up the Macon & Western railroad. It was in the middle of this raid that Union soldiers found their way to Dorsey’s land. Colonel James R. Brownlow established this property as his headquarters. Dorsey was kept in hiding during this raid, for fears that Union soldiers would capture him.

As the Stoneman-McCook raid led to another U.S. cavalry raid led by General Kilpatrick that brought even more men to the Dorsey plantation. The Union army consumed many of Dorsey's goods including shelled corn, tobacco, bacon, and more. As a Confederate cavalry outfit caught up to the troops, a battle took place on the adjacent McDonough road. Dorsey’s wife remained locked in the house, keeping watch over their two children that were stricken with measles during this time.

Less than two weeks later, both Union and Confederate outfits erected fortifications around the large property to establish bases during the Battle of Jonesborough. An eye-witness attested to a large number of tents, wagons, and men covering the entire property. Another spoke of the decimation of Dorsey’s corn and pea field from the many horses accompanying the troops. Although Dorsey filed many claims asking for reparations, none were given.

In the early 1900s, Hastings Seed Company was established in the Clayton/ Henry County area, and the Dorsey family joined in a partnership of growing flowers, trees and shrubs that were then sold and shipped both near and far. The familial descendants of Dorsey still own a tree farm in Henry Country today.

The Crawford-Dorsey home and accompanying family cemetery was added to the National Register of Historic Places on July 5th, 1984. While many artifacts had been recovered and discovered from the property and home prior to this, the home fell victim to a fire that destroyed the historically significant property. The property marked and blocked off, but a historical marker is accessible.