The Crabtree-Blackwell Farm is a historic farmstead in Washington County, VA. The significance of this farm is the rare early-19th-century vernacular style house and outbuildings that are still found on the property. The house is described as a saddlebag style of house and possessed constructions methods originating from post-Medieval England and the pre-Colonial Era Ulster-Connaught region of Northern Ireland. The Crabtree-Blackwell Farm was added to the National Register of Historic Places on April 1, 1975. 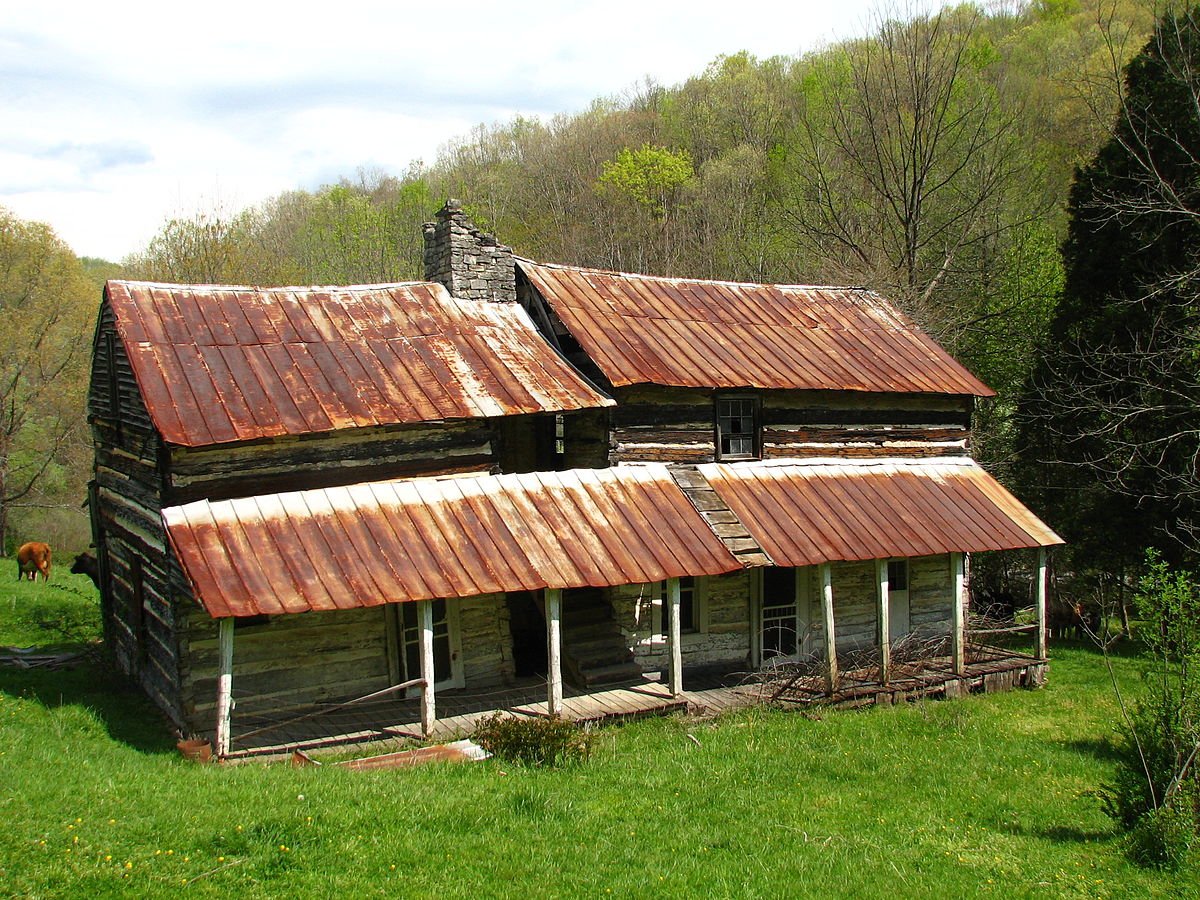 The conclusion of the American Revolution in 1783 resulted in the cessation of British control in its former North American colonies. One of the most transformative effects that resulted from this change of rule was the dissolution of the Proclamation of 1768, which forbade colonists from crossing the Appalachian Mountains west of the Blue Ridge. Afterwards, the Appalachian region experienced a sudden influx of settlers of various origins: Scots-Irish, English, Pennsylvania German, and even French Huguenots. With them, these settlers brought their traditional European cultures to Virginia’s mountain region, which eventually blended into an Appalachian folk culture. The Crabtree-Blackwell Farm in Washington County, VA is a time capsule of this early mountain culture.

The three remaining buildings on this farm all date from the early-nineteenth-century. The most significant building is the house. Described as a saddle-bag style found frequently throughout the Southern mountain region, the house was constructed in two stages and features two separate pens divided by a limestone chimney. The Crabtree family purchased the farm in 1818 and likely constructed the western pen, the oldest section of the house. This section features a square-cabin form with half-dovetailed corner timbering up to the ceiling level and a four-log half-story with V-notched corner timbering. The eastern pen, with its one-and-a-half V-notched corner timbering and rectangular massing, likely dates to after 1824 when the Davenport family purchased the property. The east pen consisted of two rooms separated by a thin partition on the main floor with the larger room featuring the main fireplace. The western pen’s upper half-story was added around the same time as the eastern pen was constructed.

Despite the seemingly cohesiveness of the Crabtree-Blackwell House, architectural historians have determined two distinct building styles on the structure. The older, western pen is identified post-medieval English building practice usually found along the eastern slopes of the Blue Ridge instead of in the mountains themselves. That indicates the migration of early English-descended settlers from the lower Valley and Piedmont regions. The later eastern pen is referred to as the rectangular cabin type and originated from the Scots-Irish setters specifically from the Ulster-Connaught region of Northern Ireland. Together as a singular unit, in the saddlebag fashion, the house is indicative of pre-Renaissance English vernacular house style that involves a one or one-and-a-half-story building with a three-room layout. The three rooms would be arranged hierarchically from the “lower” service room to the “upper” sleeping room at the other end, the middle room eventually came to serve as a parlor room for house visitors. Any additional stories became overflow or storage space. Service rooms were typically separated from the more intimate living rooms by chimneys and exterior staircases that provide access to the upper stories, as is found on the Crabtree-Blackwell House.

The two other significant buildings on the property are the springhouse and barn. Prior to modern refrigeration, springhouses were used as the primary method of food preservation. Constructed over the mouth of natural springs, these buildings protected perishable foodstuffs that were placed inside and around the cool water, thus lowering the temperature of the food. The springhouse on the Crabtree-Blackwell Farm is typical of those found Europe from the Iron Age through the advent of electric refrigeration. The Crabtree-Blackwell springhouse features a gable-end entrance with a cantilevered overhanging roof. The barn in particular is a fine example of Appalachian vernacular architecture, consisting of a gable-end entrance with a double-crib, lean-tos on each long end, and another lean-to on a gable-end.

In 1849, the Blackwells purchased the farm and it remained in the family until 1923. Being a fine example of early Southern Appalachian mountain culture, the Crabtree-Blackwell Farm was designated a Virginia Landmark on December 17, 1974 and added to the National Register of Historic Places on April 1, 1975.