McKinley High School was built in 1923, but in many ways, this school dates back to 1865 with the establishment of an English Day School. That school was located in what was once a fortified Russian-controlled portion of the island marked by what is now Fort Street. After a few moves, the school was also renamed in 1907 for William McKinley, the twenty-fifth President of the United States who made the controversial decision to annex Hawaii and make it an American territory in spite of opposition by the Queen and native Hawaiians. During the 1920s and 1930s, half of all secondary school students in Hawaii attended McKinley High School. 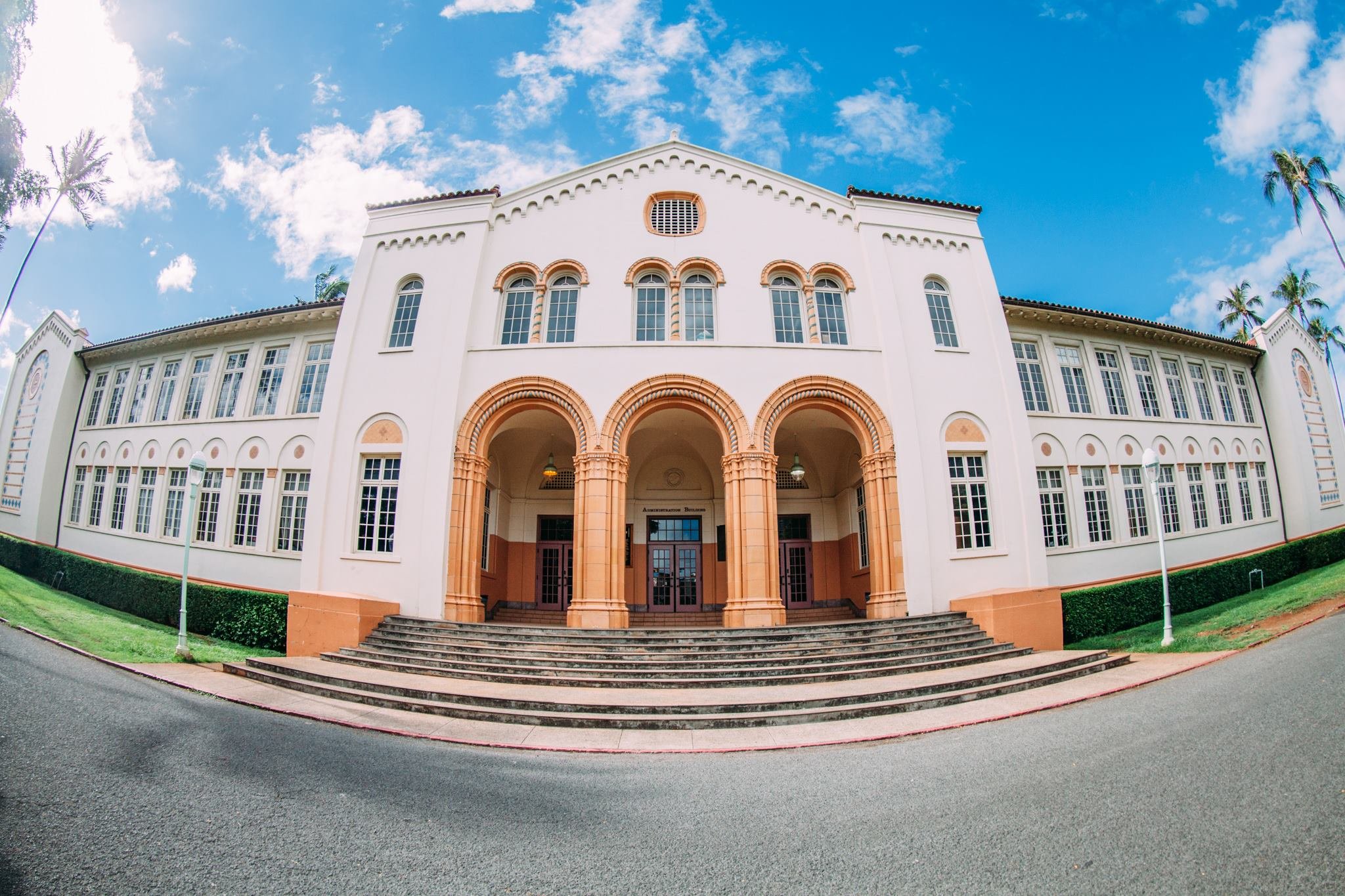 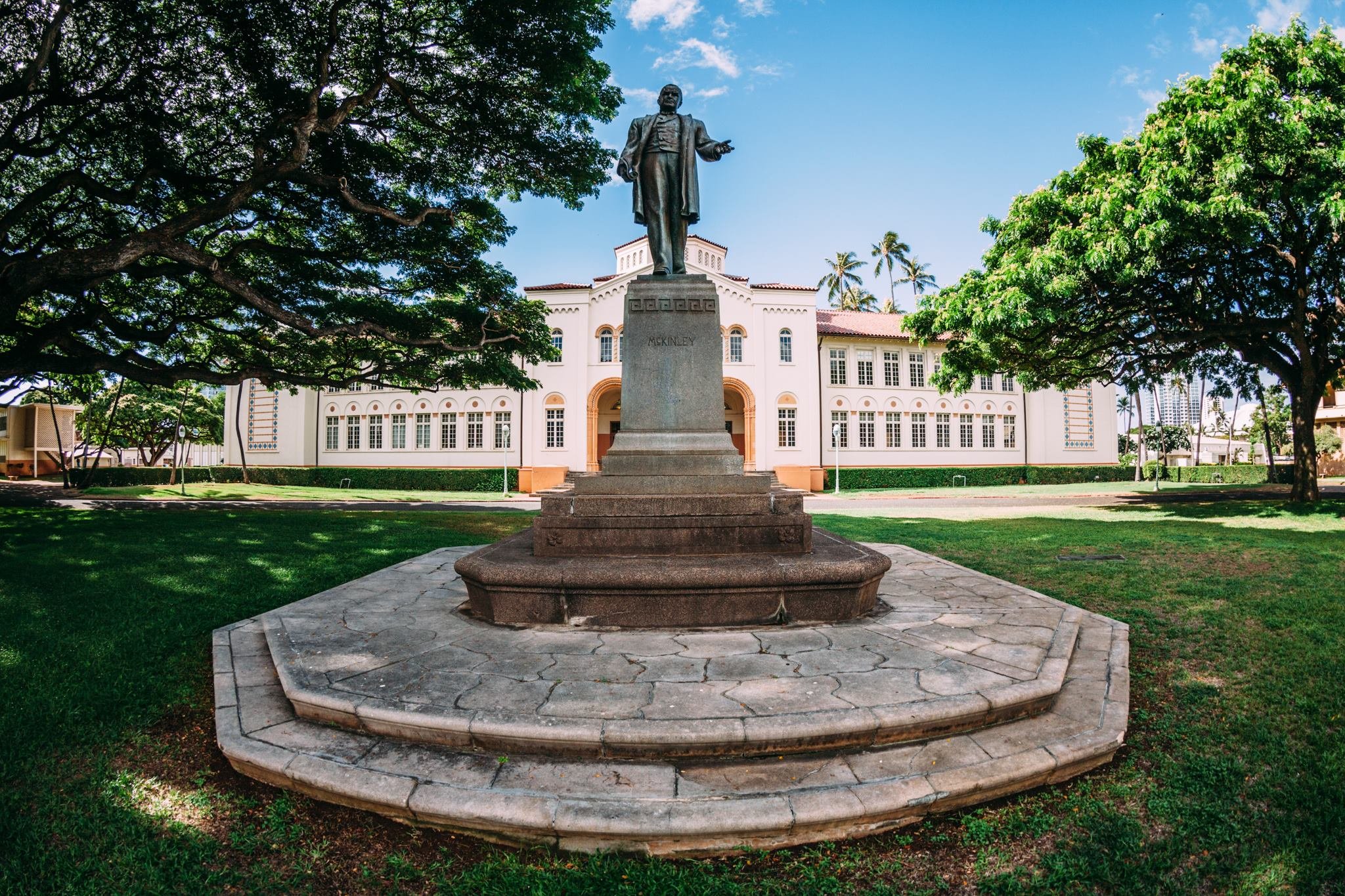 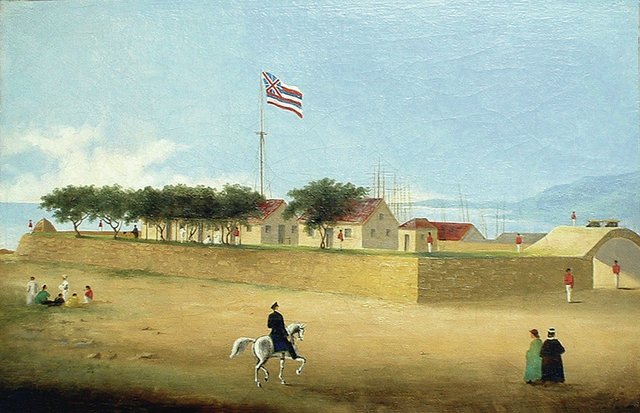 The prevailing narrative attached to Hawaiian history involves its transition from local monarchies to becoming part of the United States, alongside an increased Asian presence (notably Japan) as part of its plantation culture. However, there was a time when Russian influence proved significant, and McKinley High School possesses a history tied to that era.
McKinley High School, founded as Fort Street English Day School in 1865, serves as Hawaii's oldest high school, though it has moved several times.
Fort Street speaks to the fort built by Russian traders who arrived in 1816. While they were seeking opportunities to engage in fur trading, they soon recognized that Hawaii offered enormous opportunity to profit from its fruit, vegetables, meat, and other natural resources.
When Hawaii leader Kamehameha the Great discovered the Russians were using the land he provided to them for a fort, instead of a supply house as had been planned, the King ordered to have them removed. However, negotiations took place (honest or otherwise) leading to the Russians staying and, eventually, erected four forts on Kauai (the remains of the one located in Waimea remains visible today).
The history of the fort involves many nations, from Russian and Europe to the United States. By 1850, hundreds of whaling vessels and ships trading in the California gold rush crowded the harbor. As a result, the kingdom deemed the fort unnecessary and, in 1857, ordered its demolition. In 1865 the English day school opened its doors in what was formerly the Fort Street Church. By 1881, Hawaii funded the construction of a permanent Fort Street, the state's first paved road.
In 1895, the original Fort Street English Day School was split into Kaiulani Elementary School and Honolulu High School, with the latter located in Princess Ruth's Palace on Emma Street until 1908 upon the completion of the present Linekona School on Victoria Street. At the time of the dedication of the new building, the school's name changed to McKinley to honor the president who had annexed Hawaii as a United States territory.
During the 1920s and 1930s, the school enjoyed recognition by many as the state's leading public school. The growth and success of the school led to another move (King Street, 1923), and expansion. Numerous buildings were constructed on the campus as the school simultaneously functioned as an academic institution and a community center, notably the Marion McCarrell Scott Auditorium (built in May 1928), which was the largest theater in Hawaii when made with a capacity of 1,114.
More than half the high school students in Hawaii attend McKinley during the interwar period. Its student body resembled the racial diversity found on the island; Among its 1929 student body of 2,339, 43% were Japanese, 20% were Chinese, 11% Hawaiian, 10% haole (white) and 4% Portuguese.

Sigall, Bob. "Honolulu Fort is Gone but the History Behind it Remains" 200 Years Ago the Russians Built a Fort, and Fort Street is its Namesake." Hawaii Historic Foundation. historichawaii.org. October 30, 2016. https://historichawaii.org/2016/11/04/honolulufort/