Boot Monument: General Benedict Arnold’s and the Battle of Saratoga

This unique monument was dedicated in 1887 and offers a mocking celebration of Benedict Arnold’s service at the Battle of Saratoga. Arnold was wounded and lost his leg in the battle which occurred before Arnold's most famous act- the betrayal of the Continental Army and defection to the British. Arnold’s name is not included on the monument as part of a desire to both remember and forget the most infamous traitor in early American history. At the same time, the monument demonstrates Arnold's role and the loss of his leg during this pivotal battle of Saratoga- one only a few early significant victories in a war that saw the fledgling Americans avoiding major battles as part of their strategy to maintain an army and outlast British resistance. During the Battle of Quebec, Arnold suffered an injury to his leg. In his final battle at Saratoga, Arnold underwent an additional injury due to his horse being shot from underneath him. The monument's location is believed to be near the site of Arnold’s injury. After this battle, Arnold spied on behalf of the British and later joined the British army and left the United States after the war. John Watts de Peyster, a former Major General during the Civil War, designed and erected the monument in 1887. 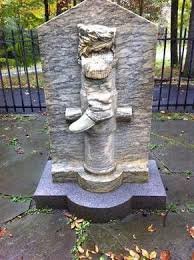 Benedict Arnold is most famous for his betrayal of the Americans during the Revolutionary War. 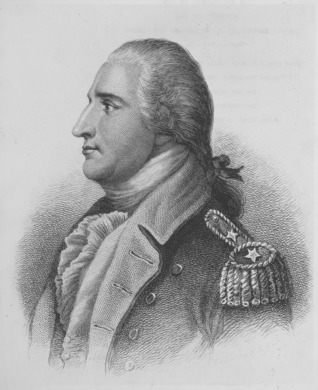 The monument is located in Saratoga National Historical Park 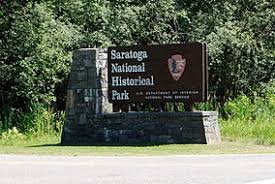 Benedict Arnold was born on January 14, 1741, in Norwich, Connecticut. Arnold worked as a pharmacist when he was young and served in the military during the French and Indian War. During the time of the American Revolution, Arnold decided to join the colonial army. Arnold knew that the contracts that bound his soldiers to his army were soon to expire. Needing a victory to hold his army together, Arnold decided to launch a surprise attack in Quebec City. He suffered a leg injury during the time. Hundreds of American soldiers died in the attack and the British maintained control of Canada for the duration of the war.

Benedict Arnold helped to delay a British attack in New York by attacking British soldiers which slowed their advance into the winter. This action saved many Americans and might have altered the outcome of the American Revolutionary War. Arnold was considered a hero to the American colonists for these actions, but he believed that his genius and daring was not recognized enough.

After being injured at Saratoga, Arnold took a position as the military governor of Philadelphia in 1778. This is when Arnold started abusing his powers as governor. Benedict Arnold thought he was not being promoted fast enough during his time and decided to deal with the British secretly. Arnold was also influenced by his mounting debt that was the result of a lavish lifestyle that reflected his less-than-humble assessment of his place in history. He soon made a deal to sell information to the British. After moving to England and serving with the British, Arnold began to regret his decision, especially after the American victory was sealed by the Treaty of Paris in 1783.