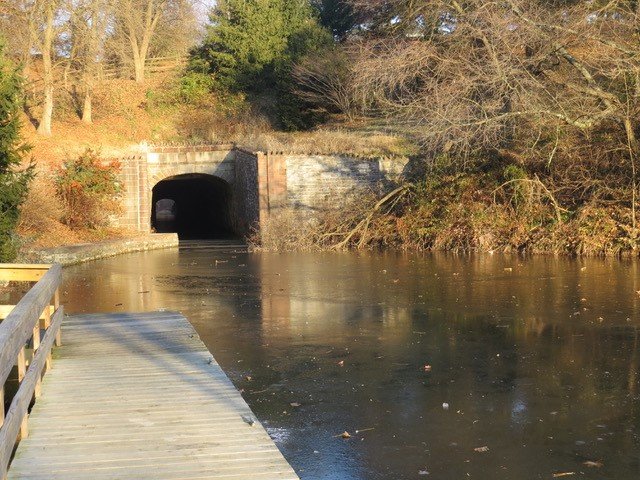 A tour boat heads into the Union Canal Tunnel. 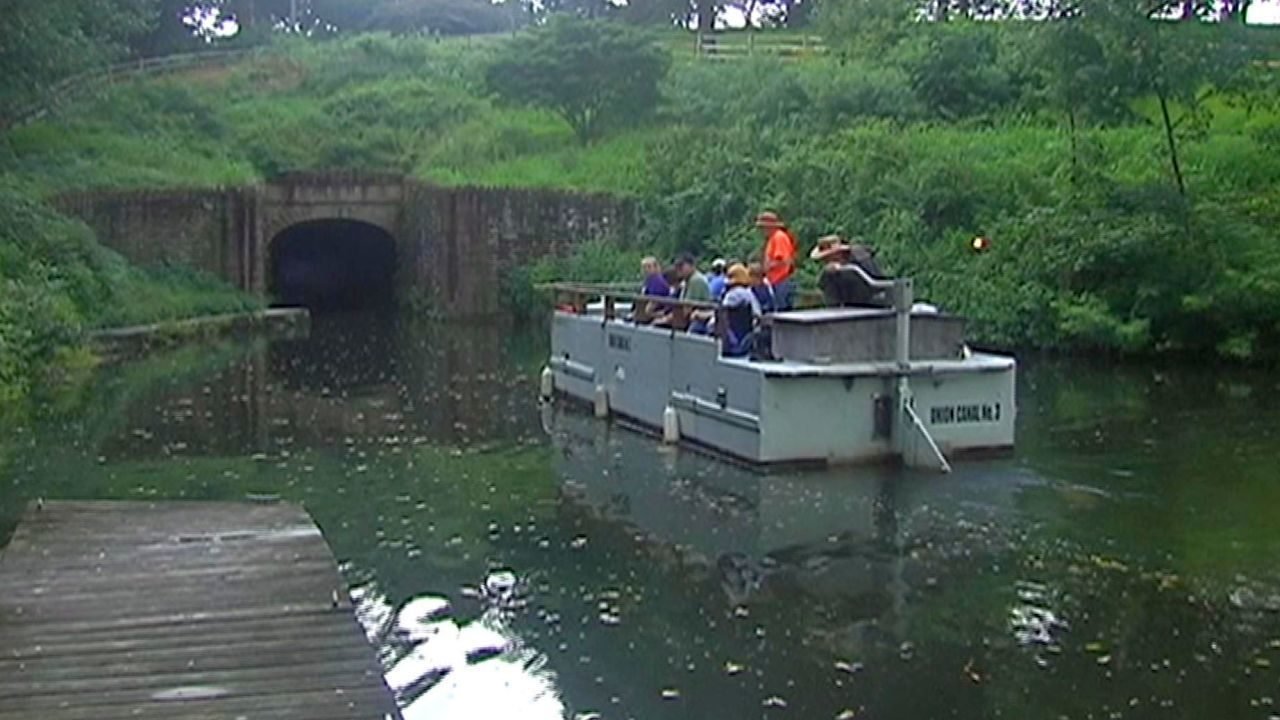 Two canal re-enactors prepare to hitch to a canal barge. Although, mules, rather than horses, usually pulled the barges. 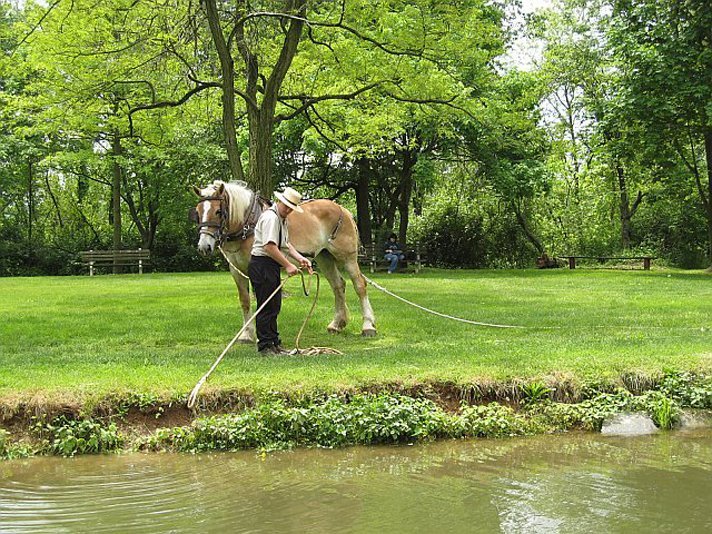 An artist's rendition of what the canal might have looked like in winter. Due to the ice, the canals were not used in winter. 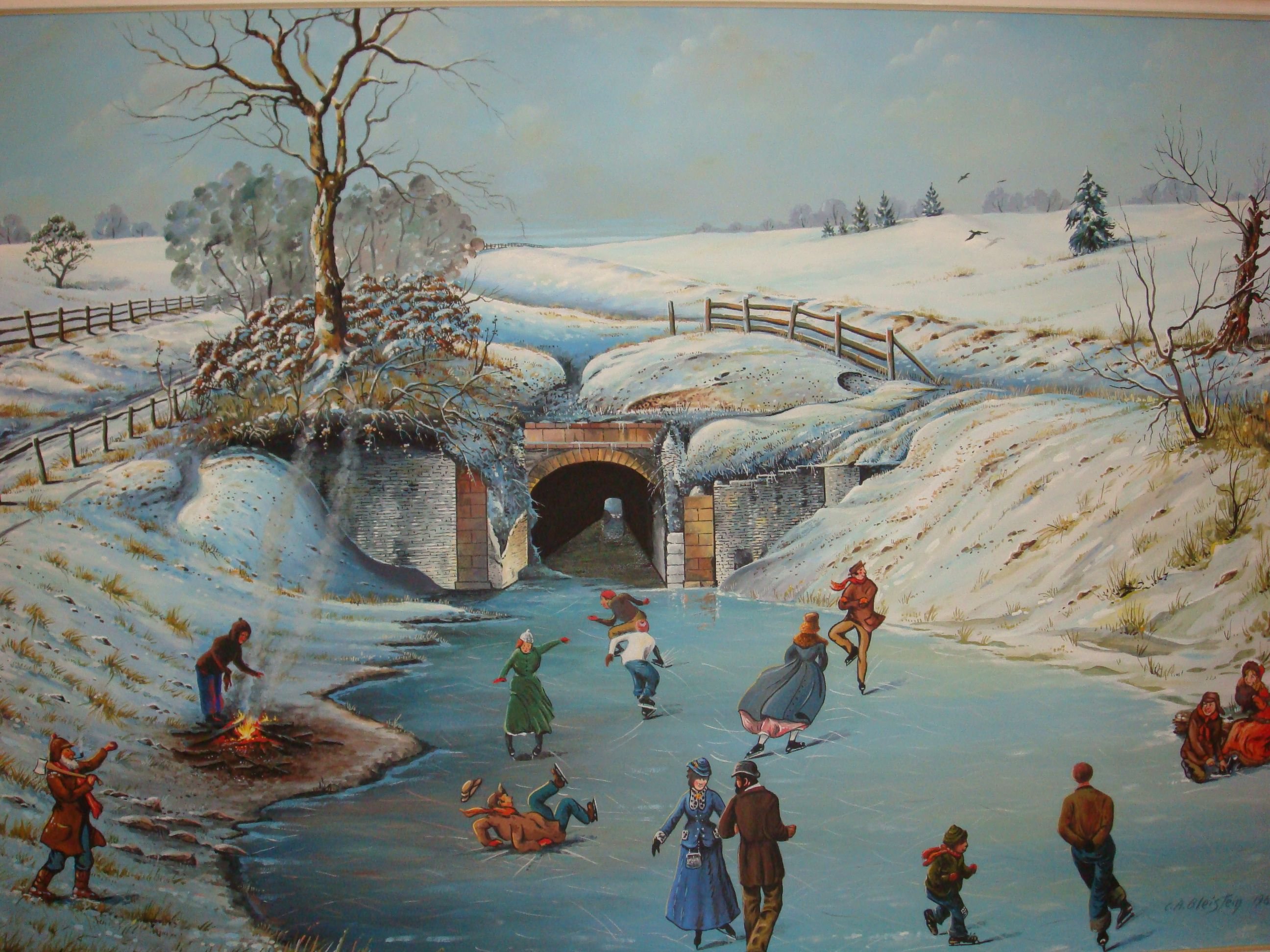 A map of Pennsylvania canals. The Union Canal is in the lower right, between Middletown and Reading. 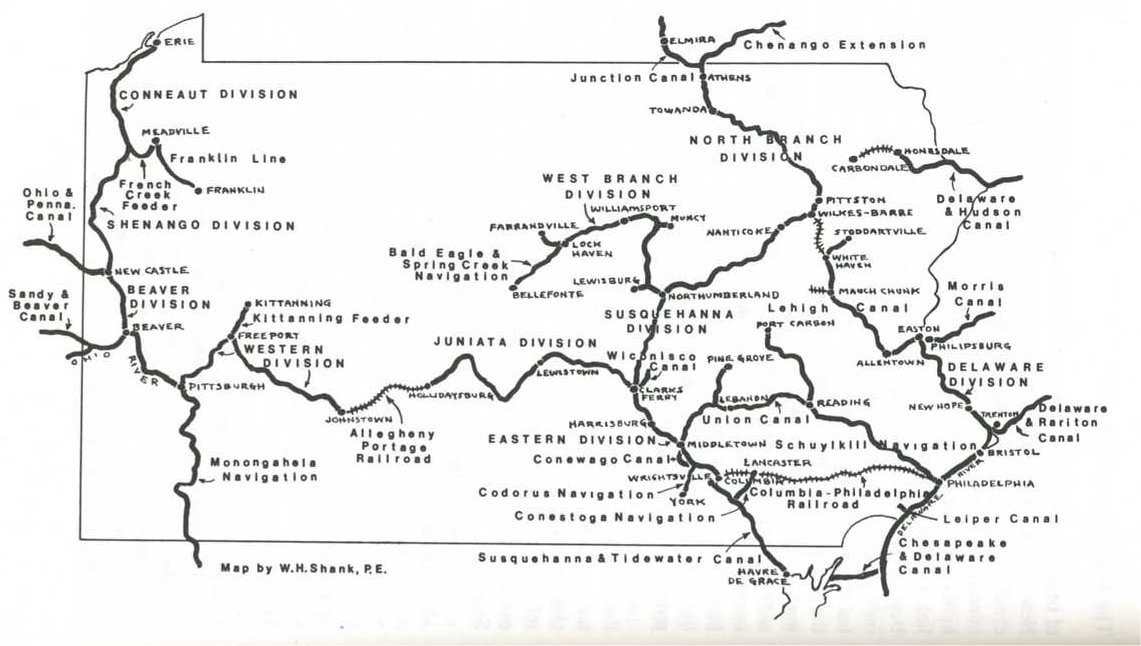 The idea for a canal that connected the Susquehanna and Schuylkill Rivers was first proposed by William Penn in 1690.  The route for such a canal was finally surveyed by David Rittenhouse and William Smith from 1762-1770, the first surveyed canal route in America.  Construction began during President Washington’s first term in 1792 when contracts were awarded to the Schuylkill and Susquehanna Navigation Company and the Delaware and Schuylkill Navigation Company.

Under the supervision of British canal engineer, William Weston, five miles were completed along with several locks by 1793.  However, financial difficulties delayed construction in 1795 and again in 1800.  By 1811 the two canal construction companies were merged into the Union Canal Company and the discovery of coal north of Harrisburg spurred construction as Philadelphia and other eastern cities were desperate for coal.  Prior to the canal, coal was transported east via costly and slow mule trains.

A major challenge faced by the Union Canal Company was a ridge that separated Quittapahilla Creek from Clarks Run.  In May of 1825, men began to hand-drill through the ridge and used gunpowder to blast through the slate and limestone.  The men progressed at a rate of 15 feet per week and in June of 1827 the tunnel was finally completed.  The entire canal, with the tunnel’s completion, was finished the next year from Middletown on the Susquehanna to Reading on the Schuylkill, a distance of 82 miles.  Once mule-towed barges reached the tunnel, the mules were unhitched and led over the ridge while the barges were poled through the tunnel.

From 1841-1858, the canal was widened from 8.5 feet to 17 feet and the length of the tunnel was shortened to 600 feet.  Flooding severely damaged the canal in 1862, entailing costly repairs.  The damage coupled with the completion of the Lebanon Valley Railroad in 1857 spelled doom for the canal and the last barge travelled the canal in 1881.  The tunnel was then largely abandoned until it was partially restored in the 1930s by the New Deal Civil Works Administration.  The tunnel and surrounding land were purchased by the Lebanon County Historical Society in 1950.  The society and the county then created the Union Canal Tunnel Park, restored the tunnel and dredged the canal from the tunnel to Clarks Run from 1998-2000.  Today, the Historical Society offers narrated boat tours through the tunnel and along the canal every Sunday during the summer months.