The Printzhof and statue of Johan Printz

Located in Governor Printz Park, the Printzhof is the structural remains of a 17th-century residence of the governor of New Sweden, Johan Printz. The stone foundation of the structure is all that remains from the first European settlement in what would later become Pennsylvania. Printz relocated the capital of New Sweden from Fort Christina, in present-day Wilmington, Delaware, when he arrived in the New World in 1643. His first home was destroyed by fire along with most of the surrounding buildings in 1645. The structrue was rebuilt, but all that now remains of the Printzhof is its stone foundation and artifacts excavated from the site during archeological digs in 1937, 1976, and 1989. The Printzhof was designated a National Historic Landmark in 1961.

The statue of Governor Johan Printz and accompanying historical information. 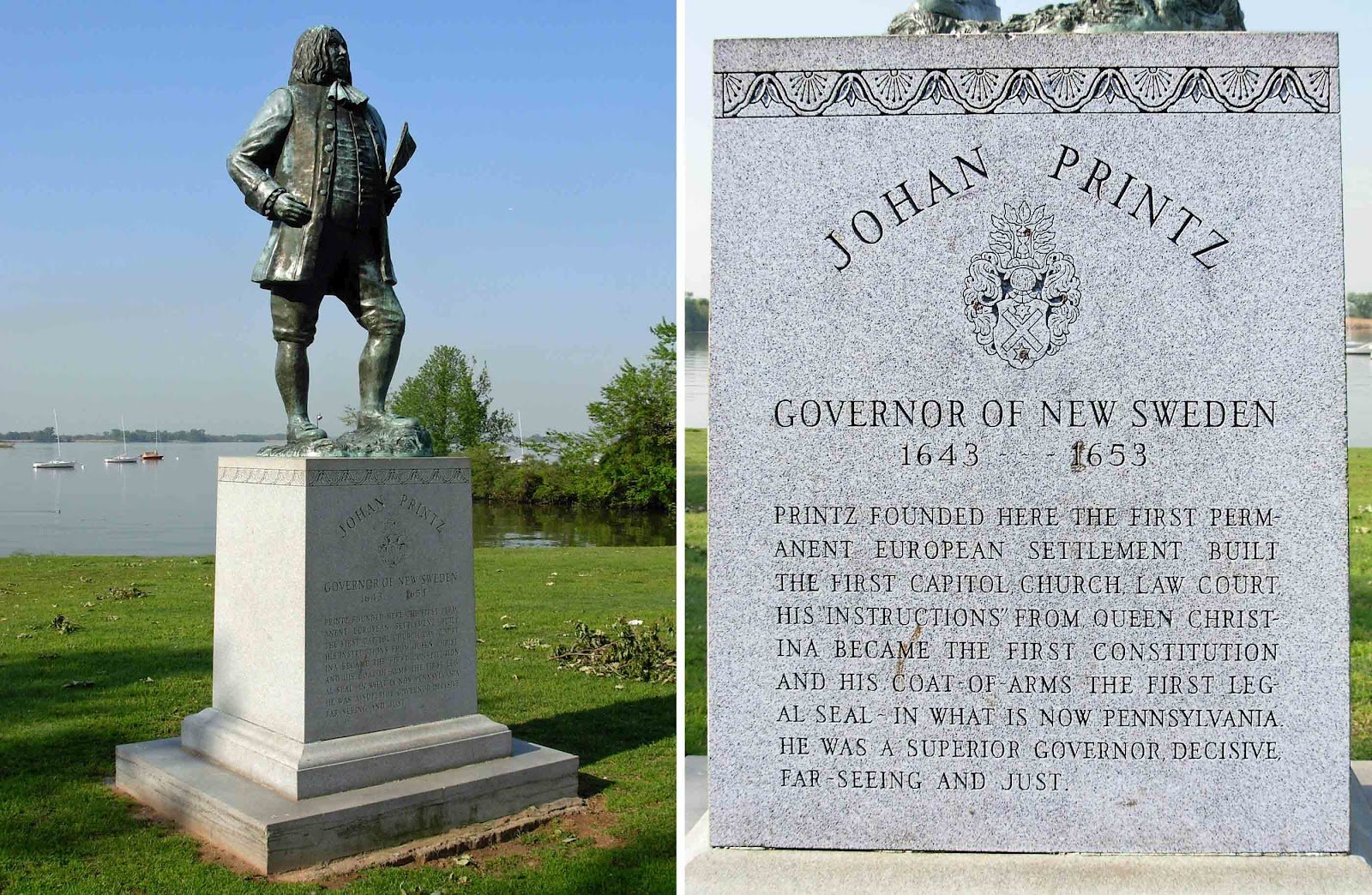 The New Sweden historical marker with Printz Park in the background. 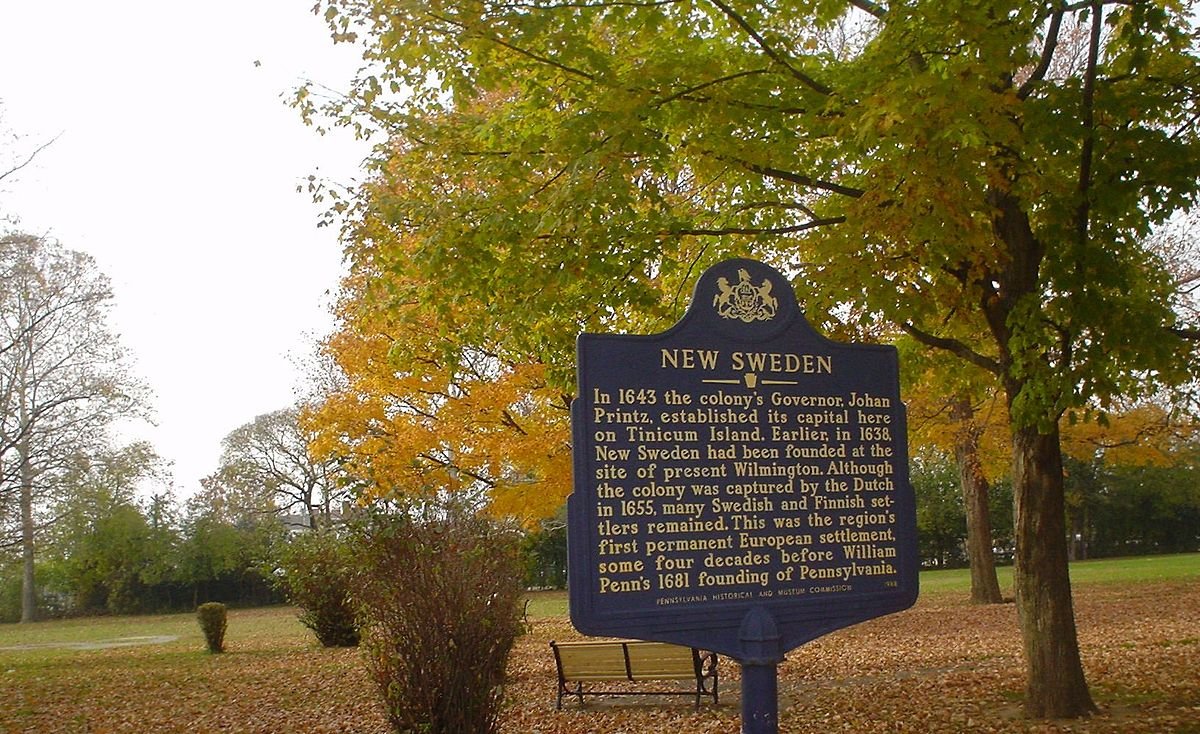 A view of the Delaware River and the statue of Johan Printz. 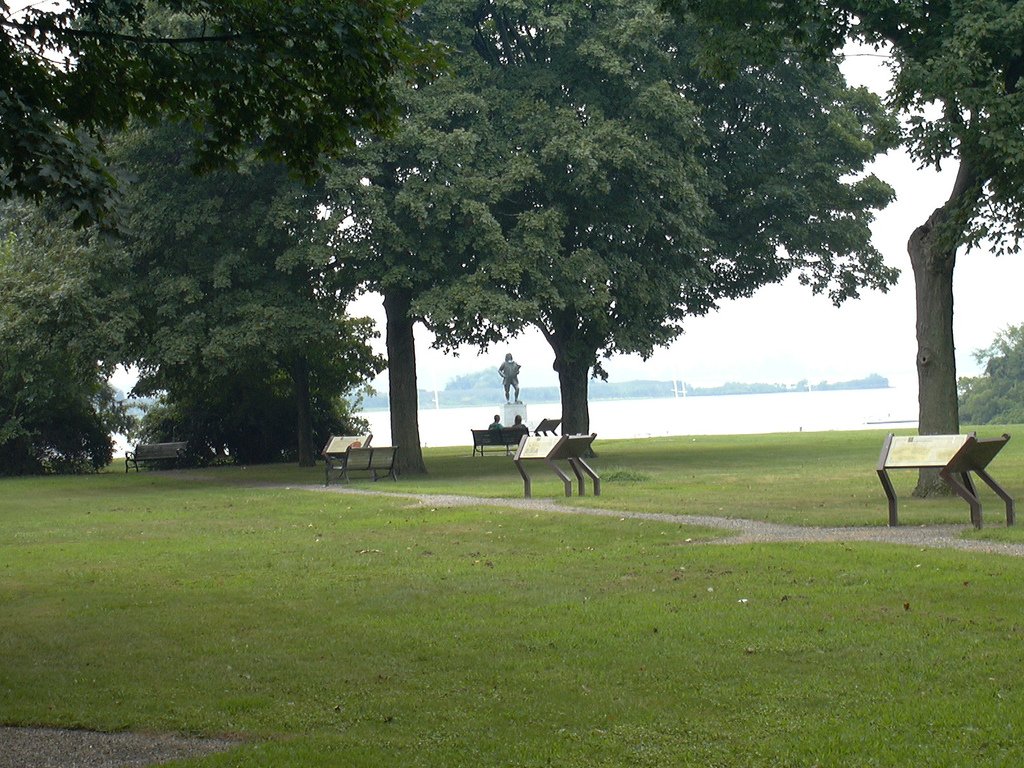 "Get to the Printzhof" children's game located at Printz Park. 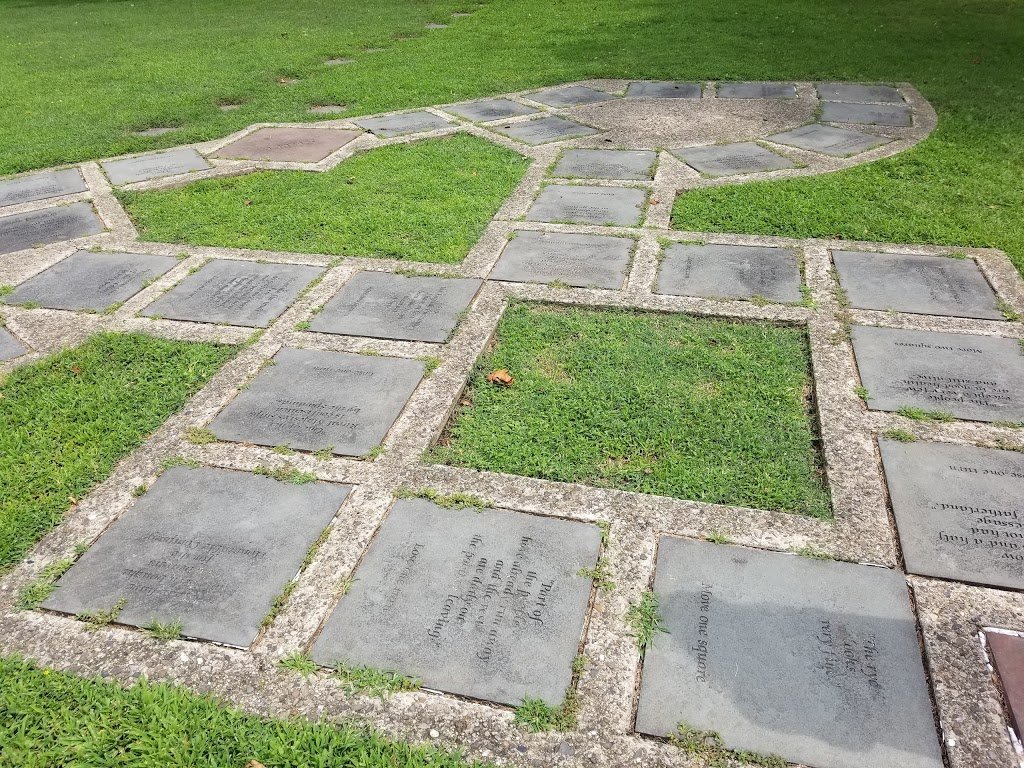 Just 31 years after the English arrived at Jamestown and 18 years after the Pilgrims landed at Massachusetts Bay, the Swedish sailed up the Delaware River and established a colony at what is now Wilmington in 1638.  The Swedish, like the other colonizing European countries, hoped their colonies would benefit them economically.  However, that was not the case with New Sweden as the Swedish found re-supply difficult and the colonists were more concerned with survival rather than turning a profit.  Thus, the Swedish government dispatched a new colonial governor, Johan Printz, to turn things around in 1643.

Printz was instructed to increase trade relations with the local Native Americans and to promote the growing of profitable grains and tobacco, the fishing industry and the raising of sheep for wool.  To do this, he decided to expand the colony by moving its capital further up the Delaware River, despite the presence of both the English and Dutch in the region.  He decided to set up shop on Tinicum Island within the Delaware.  The island has since been reclaimed by the mainland.

Printz then instructed the colonists to build Fort Gothenburg on the island.  The fort came to enclose settler homes, a log chapel, barns, and the new capitol building which came to be known as the Printzhof.  Constructed of Swedish lumber and brick, this structure was destroyed by fire, along with almost all the fort’s other buildings, in 1645.  The colonists immediately began to rebuild, to include a new Printzhof.  This new structure featured a stone foundation and was again constructed of Swedish materials, to include glass-paned windows and drapes.  It also housed Printz’s library.

By the early-1650s, New Sweden was under threat on several fronts.  The colonists accused Printz of being a cruel and authoritarian leader.  It had not been re-supplied in years as a Swedish ship was lost at sea and Sweden was at war with Denmark.  Lastly, the expanded colony had drawn the attention of both the Dutch and English.  By 1653, Printz had endured enough and returned to Sweden.  His replacement, Johan Rising, promptly provoked the ire of New Netherland and its leader, Peter Stuyvesant.  By 1655, New Sweden was no more, having been fully incorporated into New Netherlands.

Today, all that remains of the Printzhof is its stone foundation which was first excavated in 1937 under the auspices of the New Deal Works Progress Administration.  The Printzhof’s remains reside within the seven-acre Governor Printz Park along the Delaware.  The park contains historical markers that describe the settlement and a life-size bronze statue of Governor Printz.

Open daily from dawn to dusk.