American Legion Memorial Stadium is a 20,000-seat stadium. The ground was broken on the stadium in 1934 and the gates were officially opened two years later in 1936. Named in honor of local soldiers who fell in World War I, the stadium was a project of the Works Progress Administration. Considering the age of the stadium it is doubtful anyone knows the original construction cost. The Memorial Stadium is mainly used for high school sporting events and also serves as a public venue. Before the construction of nearby Bank of America Stadium in 1996, Memorial Stadium was Charlotte's largest outdoor stadium, and is still the largest public site in the city. 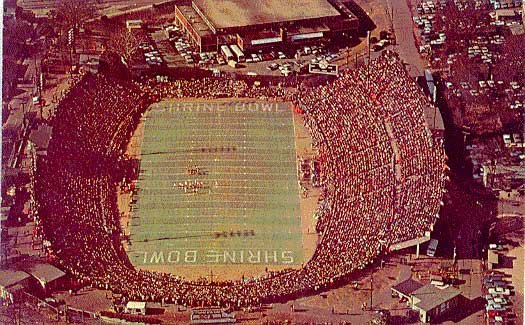 President Roosevelt gives a speech at the stadium, 1936 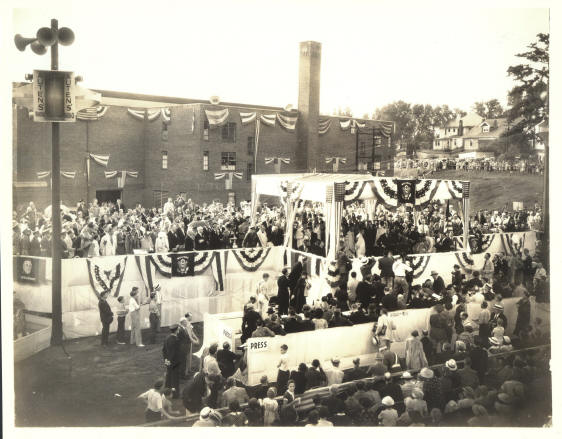 Located on 7th Street in the Elizabeth community of Charlotte, North Carolina, it is located on an avenue with the Grady Cole Center. Both are located next to Central Piedmont Community College.

Throughout the years the stadium has hosted events of every kind, ranging from Presidential speeches to traditional professional wrestling matches, featuring local hero Ric Flair. The stadium previously hosted Charlotte Central High School, which is now Garinger. For many years afterward, as the city grew and opened more high schools, the stadium was used practically every week during the football season to accommodate both schools which had no campus stadium and large crowds which some stadiums could not contain for the more popular match-ups.

In 1985, the stadium hosted a preseason USFL game between the Baltimore Stars and Tampa Bay Bandits in February.

From 1937 to 2000, the stadium annually hosted the Shrine Bowl which was a match-up of the top high school football players in North Carolina and South Carolina. During the 1960s and 1970s, Memorial Stadium gained upper-level seating on both sides of the field, raising its capacity to over 20,000.

In late 2009 the East end of the stadium experienced substantial damage after a storm drains under the structure caved-in which caused the stands above it to collapse. The stadium was closed for several months, while repairs were being made. The stadium reopened in July of 2010 with a condensed capacity thanks to a grass berm that replaced the old seating.

Charlotte’s professional sports also begun here: The Dixie League’s Charlotte Clippers played exhibition games with the NFL teams of the 1940s. The Carolina Lightnin’ won the Queen City its first-ever professional championship. Memorial Stadium today serves as the home field for the Charlotte Hounds MLL team. The team began to play at the start of the 2012 season and has used the stadium for home games ever since. In its brief history, the franchise has already reached the league's championship game in 2013. The 2016 squad once again made it to the playoffs.

In early 2015, the opportunity arose of renovating the stadium to accommodate professional soccer in Charlotte and try to lure an MLS expansion franchise to the city, however, this was only a proposal. Sometime during 2015, a new press box was constructed on the “visitors” side of the stadium.