Many military structures were built and put to good use throughout the state of Texas, but as military issues were resolved the need for these structures dwindled and they became abandoned. One such structure is the intriguing Fort Travis, located on the southern tip of the Bolivar Peninsula in the Gulf of Mexico. This fort was built into a hill on the peninsula in 1898 and used in multiple military actions. After its decommissioning, ownership of the land changed hands several times, finally landing in the early 1970s with the Galveston County Commissioners Court, who transformed the area into the unique park it is today. 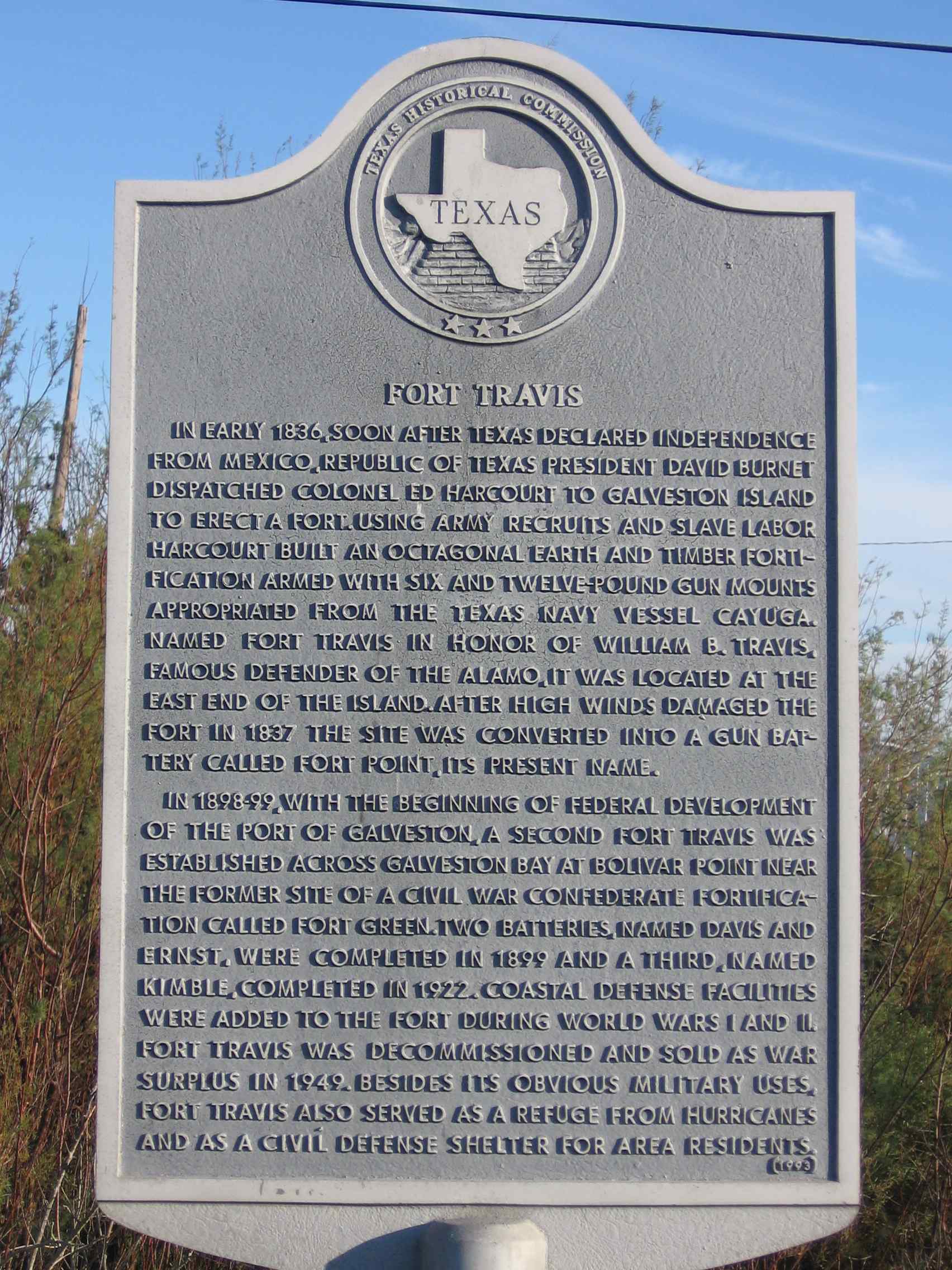 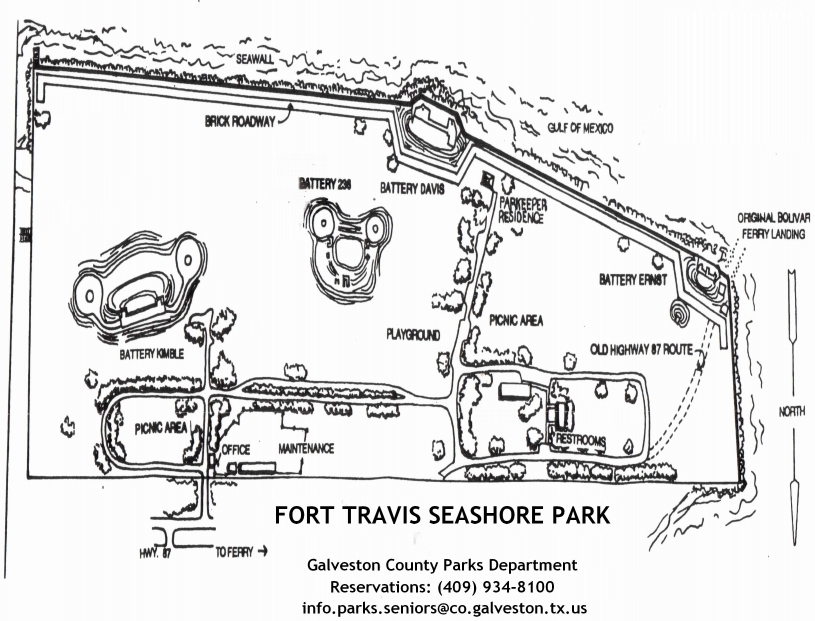 The addition to the fort to accommodate the extra troops. 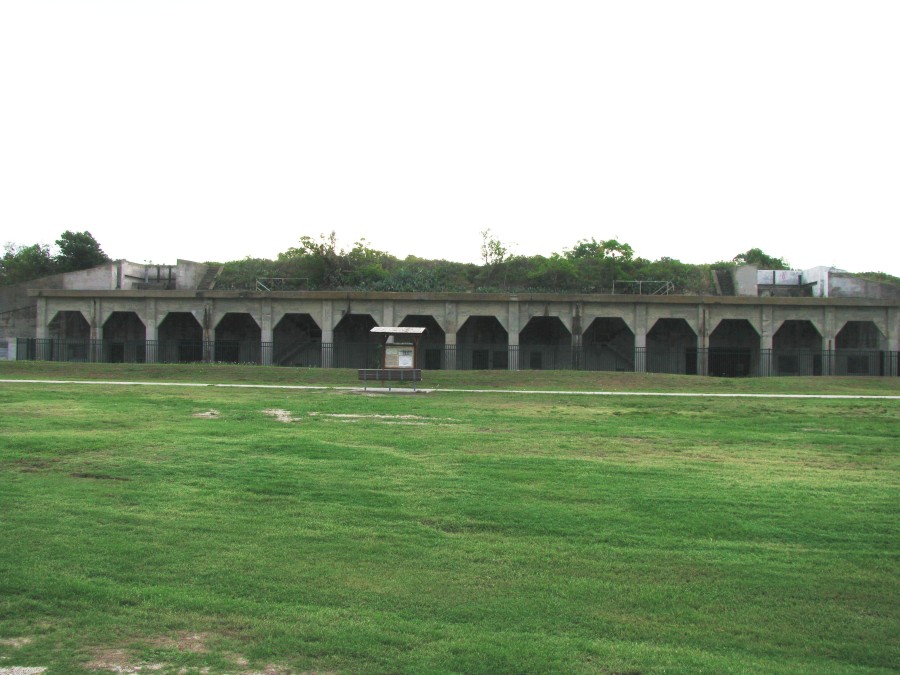 Battery Ernst served as defense against foes coming from the sea. 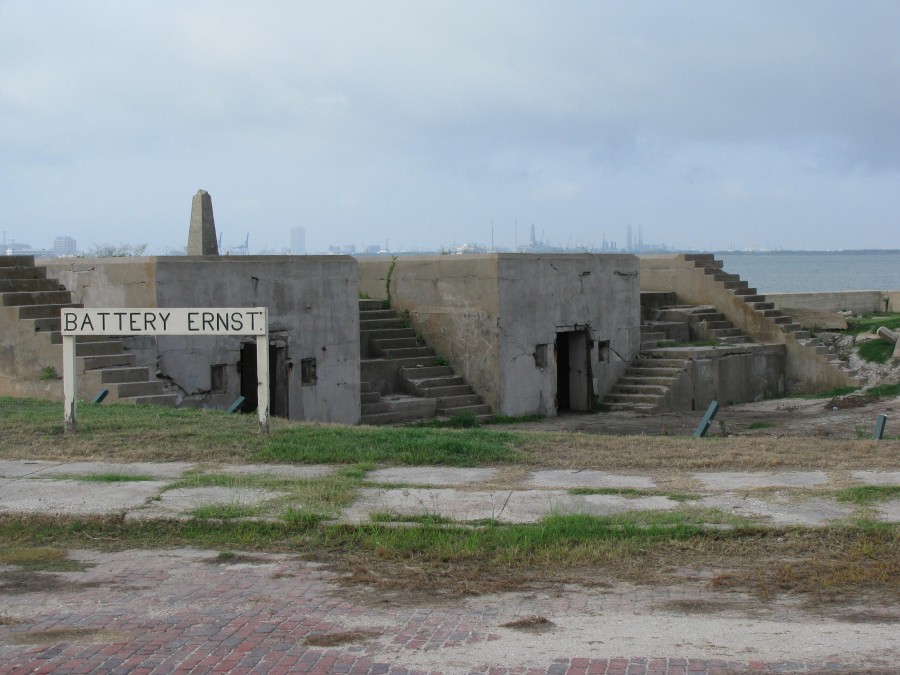 Fort Travis was built as part of a seacoast fortification program called the Endicott Program, which was the first major attempt of defense fortification since the end of the Civil War and began in 1888.  Named for famous Alamo defender William B. Travis, Fort Travis was originally located at the East end of Galveston Island, but high winds damaged the fort in 1837, so the site was converted to a gun battery and renamed Fort Point.  In 1898, construction of the Fort Travis we know today began with its completion the following year.  The fort began with two original batteries (Davis and Ernst), with a third battery being completed in 1922.  In 1903, a sea wall was added to the fort after it suffered extensive damage from the 1900 storm.

Battery Davis was named after Lieutenant Thomas Davis of the United States Mounted Rifles, who died in the Mexican War in 1847.  The structure of this battery was reinforced concrete built on wooden pilings in the sand but has since deteriorated to a state that is no longer safe for the public to visit.  When it was still in use, the battery housed two eight-inch, breach-loading guns that could be elevated higher than naval weapons of the same type, giving the fort weapons a significant advantage.

Battery Ernst, named for Second Lieutenant Rudolph Ernst of the United States Sixth Infantry who also died in the Mexican War in 1847, served as defense against torpedo boats and small raid parties.  It housed three rapid-fire pedestal guns enhanced with searchlights and casemented ammunition magazines below it.  It is believed to have been abandoned well before World War II due to its lack of usefulness in the rapidly advancing military technology.

Named for Major Edwin R. Kimble, who died in World War I, Battery Kimble was completed in 1922 after five years of construction.  It boasted a twelve-inch gun that could be elevated to gain up to 17 miles in range, which put the weapons of its sister battery (Davis) to shame.  Despite this impressive armament, the battery became vulnerable by much more accurate aerial bombing because the circular gun platforms acted as a target for the bombers.  This led to the battery being abandoned and the weapons sold for scrap.

In 1942, Fort Travis was enlarged so it could house the 2,500 troops assigned to it.  Around this time the Coast stopped naming their installations after people and simply called them by their construction number.  With a primary directive to defend Galveston Harbor from minelayers and submarines, Battery 236 was completed in 1945.  It was surrounded by earth and concrete and housed a power plant, magazines, fire control facilities and crew quarters.  Unfortunately, by the time the battery was completed, mine laying was primarily done by aircraft, rendering the battery virtually useless.  Battery 236 was abandoned shortly after World War II.

After being decommissioned in 1949, Fort Travis was declared military surplus and was subsequently sold to the M and M Building Corporation, a private company, with one condition:  the batteries must be available to the public for emergency hurricane use.  In the 1960s, the fort was declared a civil-defense shelter and was then purchased by C. Pat Lumpkin Associates.  Finally, in 1976, the park was purchased by the Galveston County Beach and Parks Department through a Moody Foundation grant, and they transformed the area into a park and continue to operate the property today.  The park features playgrounds, picnic spots, open grassy areas, grills, and the 15-foot seawall.