The Danbury Museum is located in the historic John and Mary Rider House which was built around 1785 making it the oldest house in Danbury that is still at its original location. The Historical Society offers exhibits at the mission and supports programming and historical preservation as it strives to preserve, exhibit, and interpret the history of Danbury. The Society owns and maintains several other historic buildings in the community including the John Dodd Shop, the Ward House, the Charles Ives birthplace, the Marian Anderson Studio, and a one-room schoolhouse. The organization also built Huntington Hall, a facility where the Danbury Historical Society often presents exhibits. The Society also offers a variety of events and programs throughout the year.

John Rider built this historic home around 1785. It is the oldest building in Danbury on its original location. 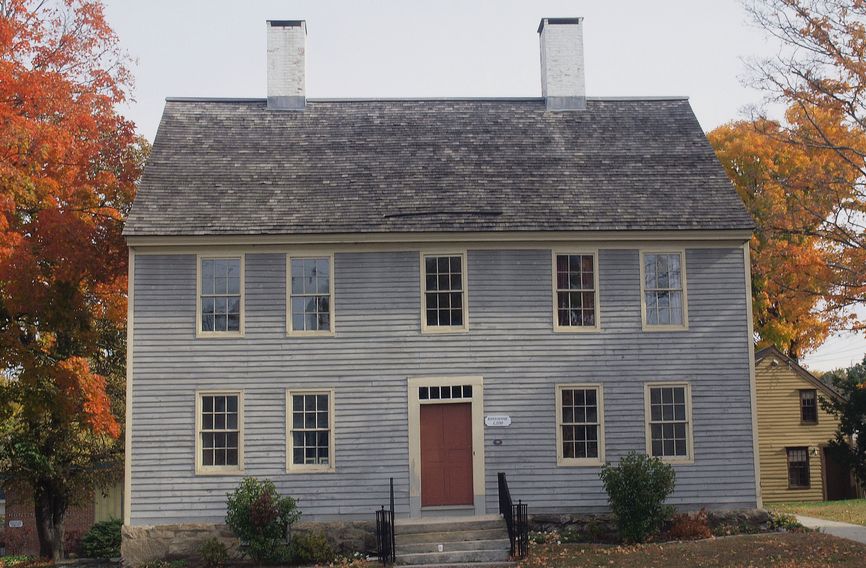 The John Rider House is a typical home of the late 18th century. It is two stories tall, is cladded with clapboard, and has two chimneys. Its namesake, John Rider (1760-1833), worked as a cabinet maker and served in the Revolutionary War as a captain of the state militia. The Rider family owned the house until 1925. It soon fell into disrepair and was threatened with demolition in 1941. Fortunately, it the community banded together to save it and it was acquired by the Danbury Historical and Arts Center (one of the predecessors to the Danbury Museum & Historical Society).