Situated at the intersection of Main and Eagle Streets, the Terryville Waterwheel is one of three intact 19th-century wooden waterwheels in the state. Of the three, it is the best preserved. Believed to have been originally built around 1824, it was likely rebuilt in 1851 by the local Lewis Lock Company. Its purpose was to provide power to the lock company (by 1845, more than a million locks were manufactured in Terryville). The waterwheel represents the best of wooden waterwheel technology before the smaller, more efficient turbine was invented. For example, it is notable for its iron parts, which helped the wheel last much longer (wood can decay quickly and is less durable than iron). Listed on the National Register of Historic Places, it operated until around 1940. The last last lock manufacturer, Eagle Lock Company, operated until 1975.

The Terryville Waterwheel is a rare intact example of a 19th century waterwheel. 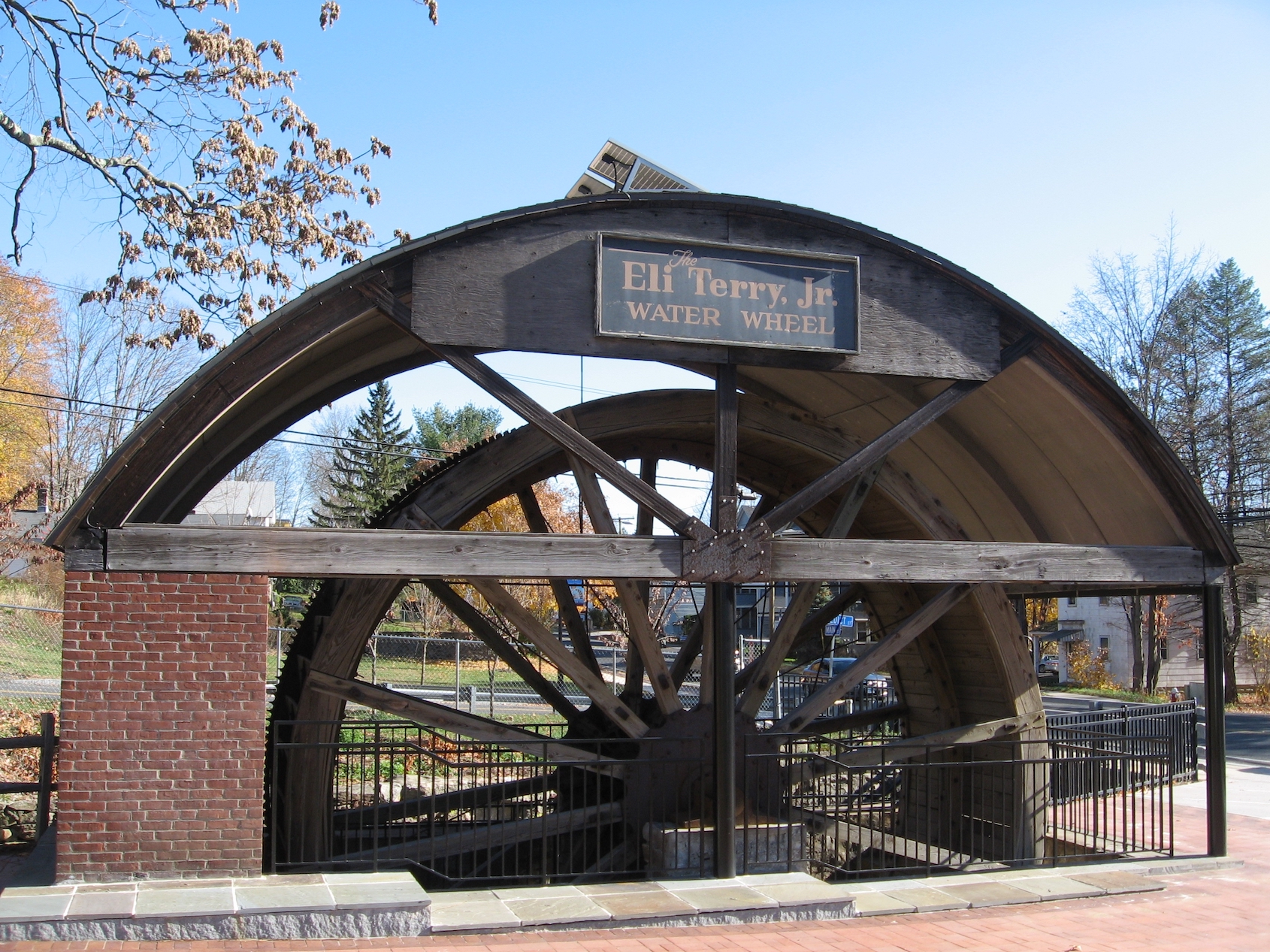