The Kinder War Memorial pays tribute to local service members who served in the Vietnam era and includes an artillery piece and a headstone representing those that fought and died in this conflict and other wars. The monument was erected by the American Legion and is located next to a memorial that honors Vietnam War Congressional Medal of Honor recipient Douglas B. Fournet. This second memorial consists of a granite headstone marker with an inset wrought iron tablet that shares information about Douglas Fournet's service. Douglas Fournet was awarded the Medal of Honor for his actions on May 4th, 1968, when he shielded his fellow soldiers from a Claymore mine explosion in A Shau Valle, Vietnam.

A photo from of Lieutenant Fournet taken at Officer Candidate School in Fort Benning, Georgia. Fournet was killed in action when he was 24 years of age, three days before his 25th birthday. Retrieved from: https://www.mishalov.com/Fournet.html 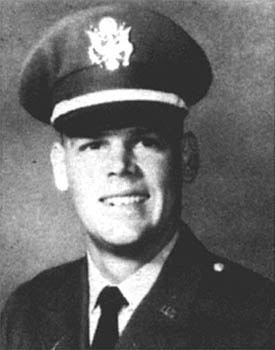 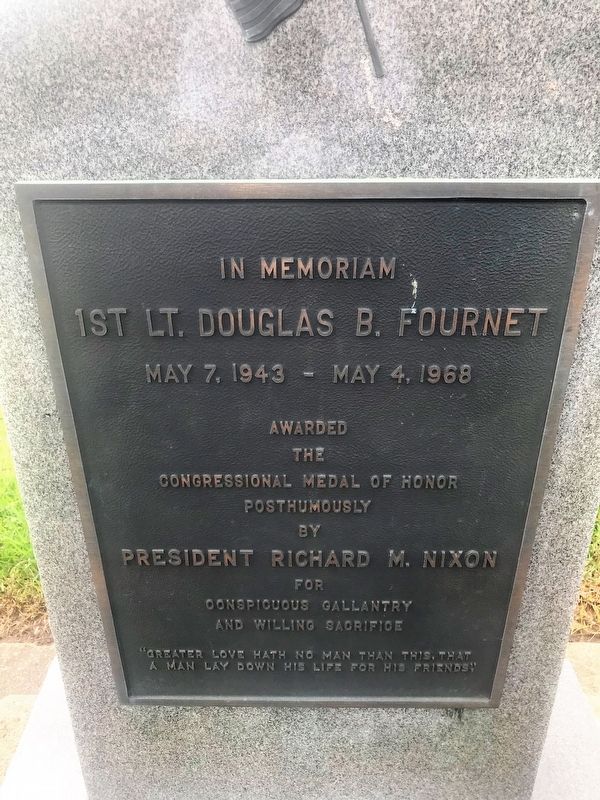 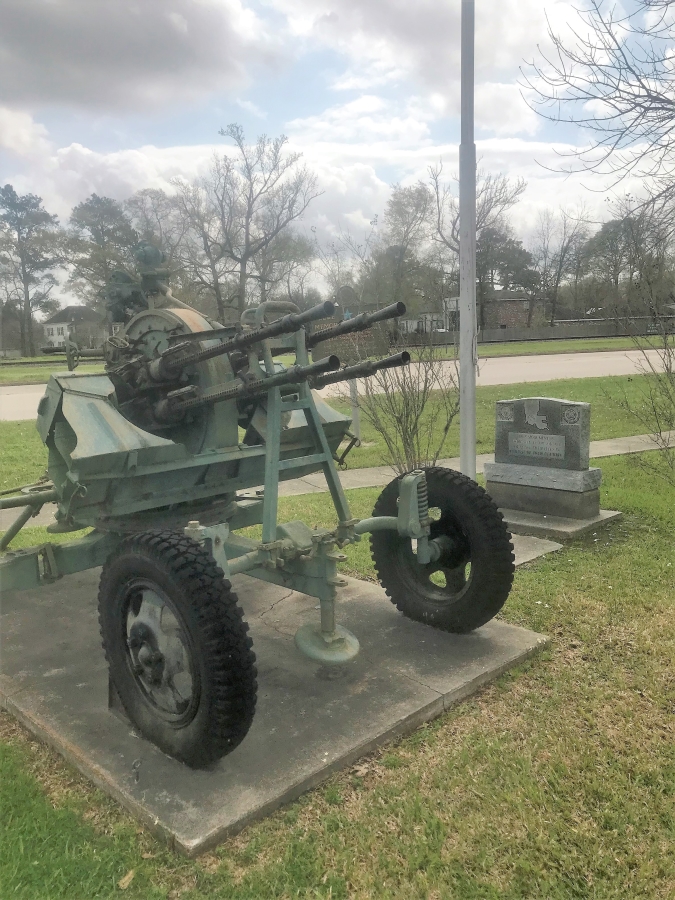 Douglas Fournet was born on May 7, 1943, in Kinder, Louisiana, and lived in this community for most of his life. Kinder attended McNeese State University in Lake Charles and volunteered for service in 1966. Fournet enlisted in the US Army in that year and attended Officer Candidate School at Fort Benning. Upon graduation, he was assigned to Company B, 1st Battalion, 7th Cavalry Regiment, 1st Cavalry Division.

Douglas Fournet was awarded The Congressional Medal of Honor posthumously by President Richard Nixon on April 7, 1970. The medal was accepted by his family at the White House on his behalf on that date.1 He was survived by his wife, Marilyn Grissett, who would give birth to their son, Bill Fournet a few months later.

On that day on May 4th, 1968, Fournet's platoon was advancing on the enemy in the A Shau Valley in the Republic of Vietnam. The platoon receiving heavy sniper fire while attempting to gain position. A soldier on the right flank noticed an enemy claymore in their way and shouted a warning. Fournet recognized that the warning likely alerted the enemy to the fact that their claymore had been noticed. Disregarding his own safety, Douglas charged the enemy claymore, hoping to cut the control wire from the claymore before the enemy could activate it. The mine detonated towards Fournet and his men as he reached it and he used his body to shield his men from the exploding shrapnel. Several of the men were lightly wounded but his act spared the other men their lives.

The monument is adorned by a headstone and a wrought iron plaque that reads:

The monument is accompanied by a decommissioned Vietnam era artillery gun and is adjacent to the American Legion marker memorializing all US military veterans. It runs alongside 9th Street, part of a Blue Star Highway in Kinder, Lousiana, what is known as Allen Parish. This monument to Lieutenant Fournet is one of several commemorative markers in the town of Linder, Lousiana, where Fournet is highly regarded as a war hero. Others include a full-length statue of Fournet at Saint Charles Lake, Vietnam Memorial Park, and a portion of Interstate 210 was renamed Douglas Fournet Memorial Parkway in 2001.