This Cold War history museum is located in the building that served as the home of the base commander when this was an army installation at the turn of the century. This museum offers a history of the military installation with an emphasis on missiles and other forms of deterrence during the Cold War era. The museum also offers exhibits that demonstrate how many of the men and women who served at this and other military installations worked and lived. The museum is open to the public, and visitors who are not active members of the military should call in advance to review the procedure for civilians to enter Warren Air Force Base. 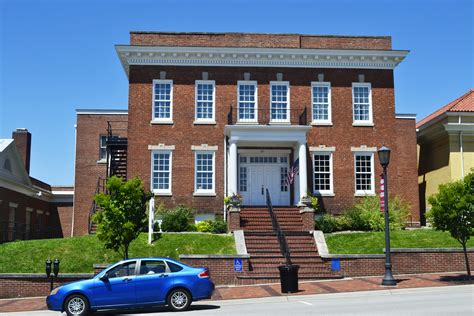 Warren Air Force Base is one of four strategic missile bases in the United States. The base is the oldest active military installation in the Air Force and predates the 1947 establishment of the Air Force by many decades. The base dates back to the establishment of Fort Russell in 1867. The former frontier infantry post is now the largest strategic missile facility in the United States.

With efforts to create a transcontinental network of railroads, the government created this and other frontier posts to establish a military presence to help protect those working on the railroad. This post was named Fort Russell to honor a Civil War soldier who died in Chantilly, Virginia. The post was home to soldiers who trained for service in the Spanish-American War in 1898, with many members of the Wyoming National Guard stationed here before deploying to the Philippines. The fort was expanded in 1906 and was later utilized as a place to train men who deployed to Mexico in hopes of capturing the revolutionary military leader Pancho Villa who had previously been supported by the US. During World War I, the fort was a mobilization and training facility for artillery and cavalry troops.

In 1930, President Hoover signed an order that changed the name of the post to Fort Francis E. Warren in honor of Wyoming's first state governor. Like its previous namesake, Warren was regarded by many as a war hero and had earned the Medal of Honor for his actions in the Civil War.

Fort Warren grew in World War II as men once again were stationed here for training prior to service overseas. During these years, the fort grew to 282 buildings and served as the place were 20,000 U.S. Army Quartermaster Corps soldiers were trained. After the war, the Army Air Corps became an independent branch of the Armed Services and this installation became Francis E Warren Air Force Base. One of the early training facilities, the base was later selected in 1958 to host the nation's first Air force Wing dedicated solely to intercontinental ballistic missile operations. In 1963, Warren AFB became the nation's largest ICBM base.