Once the summer residence of wealthy businesswoman and philanthropist Edith Morton Chase (1891-1972), Topsmead is a beautiful Tudor Revival house built in 1925. Added to the National Register of Historic Places in 1993, it is now the focal point of Topsmead State Forest, which encompasses the entire grounds—600 acres—of the former estate. The house was designed by architect Richard Dana, who was based in New York City at the time, and it has been well maintained. Each end of the home features formal gardens. Free guided tours are offered from June to October on the second and fourth weekends. Visitors will see 17th and 18th century antiques inside.

Topsmead was built in 1925 in the Tudor Revival style by Edith Morton Chase. Visitors can take free guided tours of the house. 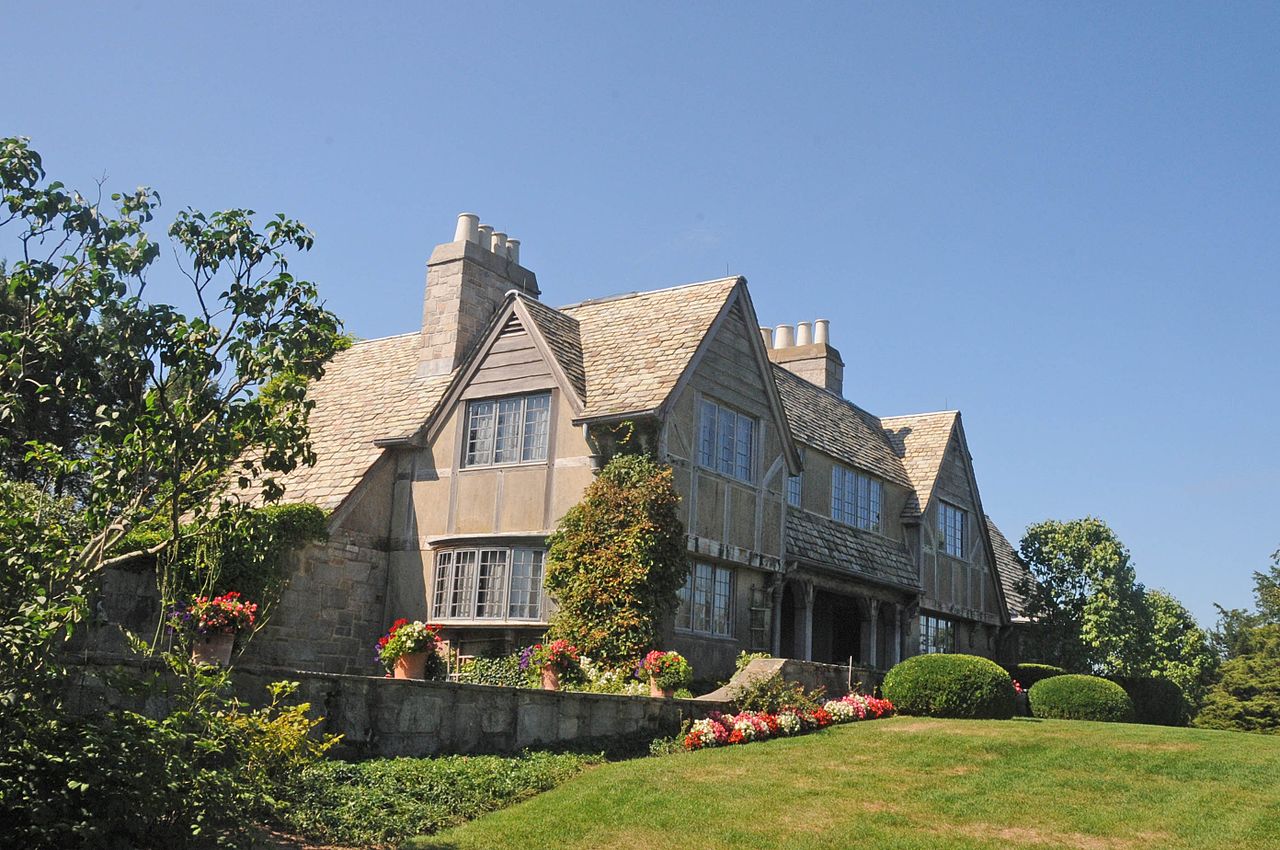 Edith Morton Chase was born to a prominent family. She was daughter of Henry Sabin Chase (1855-1917), who founded Chase Brass and Copper Company in 1876 in Waterbury, Connecticut; it is still in operation today. The company became one of largest and most profitable businesses in the city. Henry's two brothers were prominent businessmen as well. Their father, Augustus, was a successful industrialist and banker.

In 1917, Henry gifted Edith the first 16 acres of land where she would eventually build Topsmead. She first built a a rustic cabin and then a larger house in 1923. She expanded the house to what it is today in 1925. Edith shared Topsmead with two of her lifelong friends, Mary and Lucy Burrall. The maintained a relaxed atmosphere at the house and entertained guests informally.

Edith inherited a substantial sum when Henry passed away. She used the money wisely, investing in real estate which increased her wealth even more. One notable purchase was when she bought a farm in 1927, which provided food for the mansion. She also served on the board of the Connecticut Forest and Park Association. She passed away in 1972. In her will, she left the estate to the people of Connecticut and requested that the estate become Topsmead State Forest.

Free guided tours of the residence are offered from June through October on the 2nd and 4th weekends of each month. Reservations are not required. On open weekends, tours are available from 12:00 P.M. - 5:00 P.M., except for the last open weekend in Octob