This monument was erected in 1962 and commemorates the estimated fourteen American soldiers who were captured and murdered by a Native American woman during a bloody massacre that occurred within the backdrop of the American Revolution. Known by some as the Battle of Wyoming and others as the Wyoming Valley Massacre, oral histories of the assault claim that the victims were captured by Iroquois warriors and taken to a woman identified as "Queen Esther" who sought to avenge the death of her son. The attack happened during a larger battle on July 3, 1778, when British and Native Americans overwhelmed a smaller force of Americans during the Revolutionary War. According to the survivors, Iroquois tortured and killed 30 to 40 American troops following the one-sided battle. This marker serves as a memorial for some of these men who were reportedly captured by Native American combatants and then killed by the woman identified as "Queen Esther.” 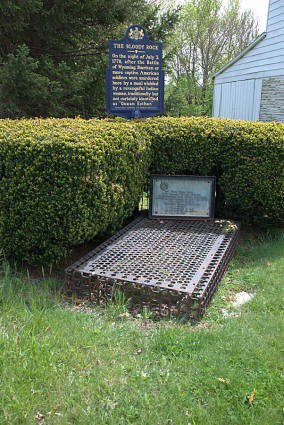 The marker says that "On the night of July 3, 1778, after the Battle of Wyoming, fourteen or more captive American soldiers were murdered here by a maul wielded by a revengeful Indian woman, traditionally but not certainly identified as Queen Esther. 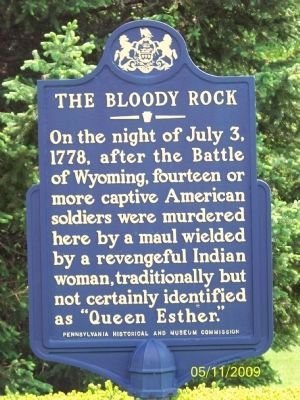 This painting depicting an artist's imagined version of Queen Esther 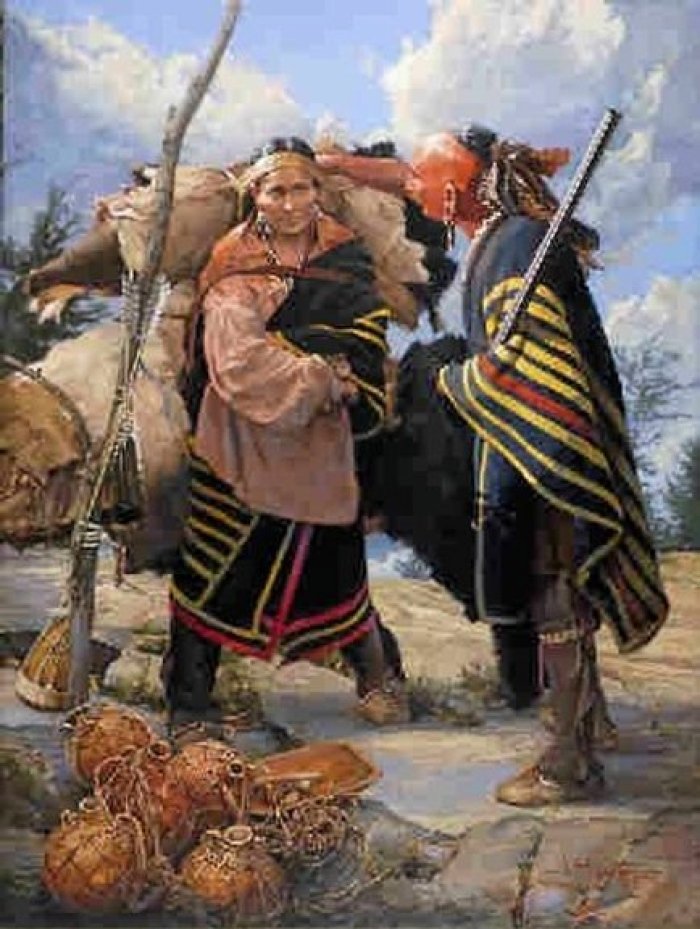 Queen Esther was a woman the colonists believed was "royalty" among Native Americans, although there is only hearsay and the testimony of a frightened witness who claims that the prisoners were executed by a maul-wielding Native woman. Among the American residents of the area for years to come, Queen Esther was known as the “Butcher of Wyoming.” Sources also suggest that this woman was peaceful prior to the war and the loss of her son.

The night of the killing commemorated by this monument followed the events of the Battle of Wyoming which is also known as the Wyoming Massacre. The battle took place in July of 1778 in the Wyoming Valley of Pennsylvania and was fought between the Americans and the joint forces of the British and the Iroquois Indians. The Native-British force outnumbered the Americans and demanded that they surrender. The Americans refused and the two sides fought a short battle. The British and Iroquois were winning the fight which led the Americans to attempt a retreat but before they could escape they were flanked by the Iroquois. Dozens of the Americans who escaped were captured and killed at the end of the battle.