Located along the beautiful Yukon River, Fort Egbert served as the U.S. Army headquarters in Alaska for a dozen years following the Klondike Gold Rush. The small outpost was designated as a cable and telegraph station and the remnants of the fort are preserved by the Bureau of Land Management. Fort Egbert was named after Colonel Harry C. Egbert who served int he Army from the Civil War to the Spanish American War. Egbert was part of the force sent to occupy the Philippines and he died in the Battle of Malinta.

Fort Egbert is located on the eastern border of Alaska and Canada. 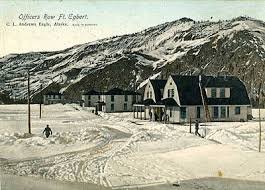 Fort Egbert was established in 1899 by Captain Charles S. Farnsworth 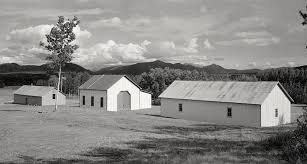 General Billy Mitchell, the "Father of the U.S. Air Force," arrived at the fort in 1901 to oversee the construction of a transcontinental telegraph line. 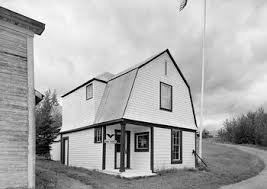 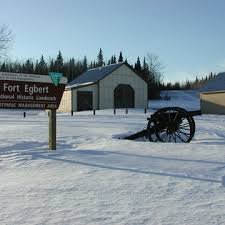 Fort Egbert was established in 1899 by Captain Charles S. Farnsworth in present-day Eagle, Alaska. Located strategically on the eastern border with Canada, this outpost was established during the tail end of the Klondike Gold Rush. In the years between 1896 and 1899, settlers and gold miners poured in the Upper Yukon and Alaskan regions. News soon came to Washington D.C. that there was lawlessness in the territory among the new arrivals. To bring changes to the region and to amplify Alaska's communication with the rest of the nation, the Army's answer was to establish Fort Egbert.

Fort Egbert is significant for a number of reasons. First, General Billy Mitchell, the "Father of the U.S. Air Force," arrived at the fort in 1901 to oversee the construction of a transcontinental telegraph line that connected Alaska to the lower 48. Secondly, the fort served as the military and communications center while the city of Eagle and served as judicial and transportation hub for interior Alaska. This helped establish law and order in the Alaskan Frontier.

In 1905, Roald Amundsen arrived by dog sled to make Fort Egbert his temporary headquarters when he used the telegraph station to announce his successful crossing of the Northwest Passage, the seaway across the Arctic linking the Atlantic and Pacific Oceans. He was also the first person to reach the South Pole.

The fort was abandoned in 1911, a period that saw declining population in Eagle as the gold rush moved to Nome and Fairbanks. However, this outpost still served as a telegraph and wireless station until 1925. Five replicas of the original buildings have been reconstructed in Eagle and the site is operated with the support of members of the Eagle Historical Society. The reconstructed buildings include a set of quarters, a mule barn, a Granary, a water wagon shed and a quartermaster storehouse. During the Gold rush, Eagle was home to as many as 1,700 people. The population has since dwindled to around 100 people.

Fort Egbert is open to the public during the summer months. It offers tours starting at nine o'clock in the morning where you can see inside the living quarters, the storehouse, and the barn. There are also hiking trails in the surrounding areas.