Sign at intersection at Quinton-Alloway Rd before crossing Quinton's Bridge 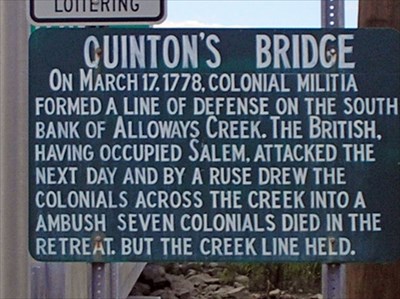 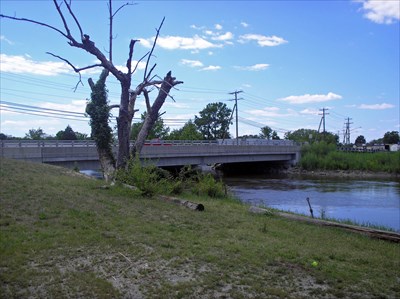 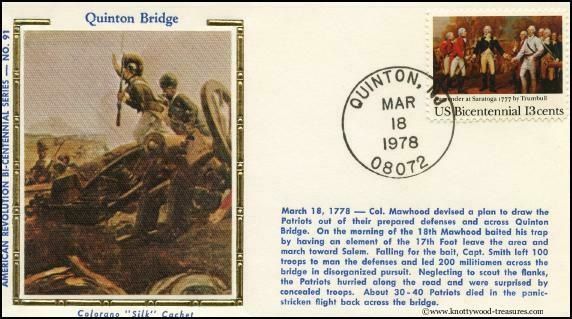 There were about fifteen hundred British troops, under the command of Charles Mawhood, which occupied the town of Salem in March of 1778.  The British troops wanted to cross the Delaware River back to Philadelphia, which was controlled by the British at the time.  The British had in mind that when they went back to Philadelphia they wanted to confiscate cattle, hay and corn from the local villagers to bring with them. The local villagers had got word on this and some of them were able to move their cattle south of Salem to keep them safe from the British.

Many men of the Continental Army were killed, captured or drowned in the Battle of Quinton’s Bridge.  However, the Americans were able to successfully defend Quinton’s Bridge and the British were not able to cross.