The parent church of the Hawaiian Shingon Sect, a form of Japanese Buddhism. The exceptionally decorated temple enjoys "Japanese Design Style" that speaks to work of Japanese immigrants seeking to retain their culture and heritage. Though a few features, such as an outdoor worship space, speak to Hawaiian culture rather than true Japanese traditions, the temple allowed recent immigrants to connect to each other and, in a sense, to their homeland. 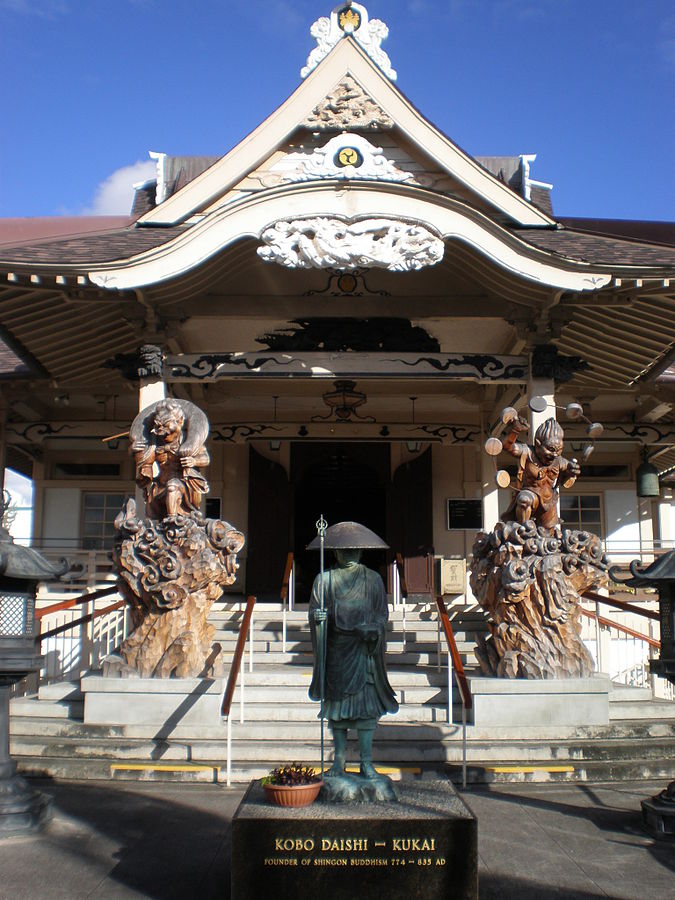 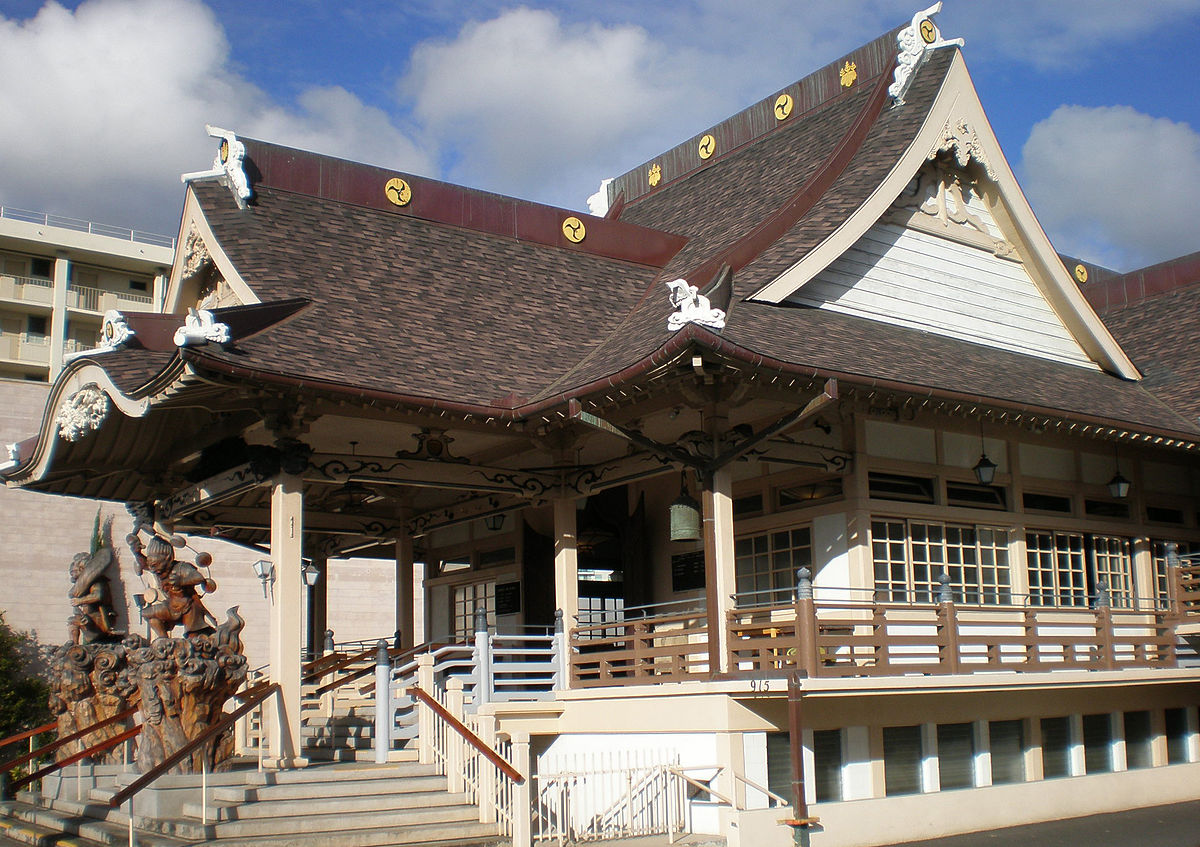 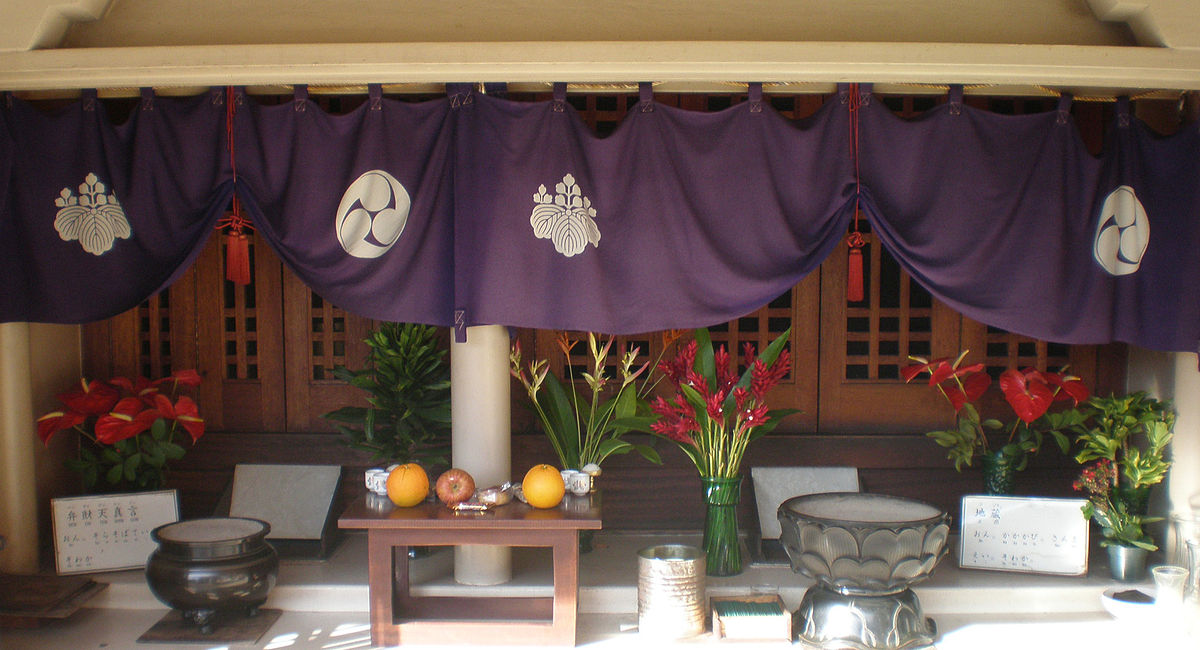 The Hawaii Shingon Mission, an elegantly decorated Buddhist temple, stands as only one of seven missions remaining of the Japanese-design architectural style in Hawaii, two of which are less than fifty years old. Indeed, more than forty temples of the same style of design once stood on the Islands. The Shingon Mission opened in 1918 after three years of construction and then underwent a renovation in 1929 and again in 1978. The Hawaii Shingon Mission functioned as the parent temple for the Koyasan Shingon sect in Hawaii, but it also served as a community center and a link between Japanese immigrants and their homeland.
The Hawaii Shingon Mission enjoys eye-catching architectural design and serves as a reminder of Japanese immigration to Hawaii. Deemed as a temple enjoying "Japanese Design Style," it arrived roughly two decades before the Japanese took a decided shift towards a Western influence. Nevertheless, even the Japanese Design Style buildings enjoyed some characteristics unique to Hawaii from the onset.
For instance,  many of the buildings differed from their Japanese counterparts by including western-style doors and windows, mainly due to locally-available materials and the local architects for whom relied upon those materials. Moreover, as is the case with many Hawaiian building projects, climate considerations played a role in the design, which led to the inclusion of an open Hisashi space in the temple's exterior. The Hisashi that encircles the interior sanctuary space (moya) would be enclosed in Japan, but it remained open in the Hawaiian design to function as a recognizable, open lanai.
Since most Japanese immigrants were uneducated (many of whom worked as plantation laborers), the priests and the temples became the center of all community actions and functions. The Buddhist temples and shrines were more than a place of worship; it provided a connection to their homeland, quite similarly to how churches functioned for European immigrants arriving in cities like New York and Chicago.
The trend by the Japanese-Hawaiian community to increasingly include Western-style architecture parallels the many examples of assimilation to Hawaiian (and Western) life. Thus, the Hawaii Shingon Mission stands as a monument to a time when Japanese immigrants first arrived, mostly to work on plantations. Those early, first and second generation immigrants remained committed to retaining their homeland heritage. The missions provided a lifeline for the people to maintain a connection to their native culture and traditions.
A Brief, Historical Background on the Koyasan Sect
Kobo Daishi (774 - 835), founder of the Shingon sect in Japan, received his name after his death (Odaishisama). The Shingon philosophy differed from traditional Chinese and other Asian forms of Buddhism (partly because it includes aspects of Shintoism, a spiritual practice native to Japan tied to its history and emperor). In addition to his contribution to Japanese Buddhism, he invented the Japanese Kana alphabet (thus making reading and writing accessible to commoners), founded the first Japanese public school, and worked as a water-way engineer.
During his travels to China, Kukai discovered Shingon esotericism and brought that form back to Japan. He convinced the Emperor to provide land for a temple complex on Mount Koya, which became the most hallowed center of the Shingon sect, eventually leading to the name, "Koyosan." In Japanese folklore, he is believed to possess mystical powers such a having the power to heal the sick (and raise the dead), and an ability to create wells and springs for drought-stricken areas.
Further details of the ”Shingon Sect," or the Koyasan Shingon Sect (one of eighteen denominations within the Shingon Sect) are beyond the scope of this entry, but are readily available in academic and public libraries, and via the internet, such as at http://www.koyasan.or.jp/en/.