African Americans were barred from joining the United States Marine Corps prior to 1942. In that year, President Franklin Deleano Roosevelt issued Executive Order 8802. The order ended the Marine Corps' policy of exclusion but did not bar the military from creating separate regiments and operating separate facilities for Black and white troops. White Marine recruits continued to train at Paris Island, but Black Marines were sent to a separate basic training camp here at what was known as Montford Point. Prior to the integration of the military in 1948, 20,000 African Americans received their basic training at Montford Point. In 1974, Montford Point was renamed Camp Gilbert H. Johnson in honor of one of the camp's leading instructors, Sergeant Major Gilbert H. "Hashmark" Johnson. 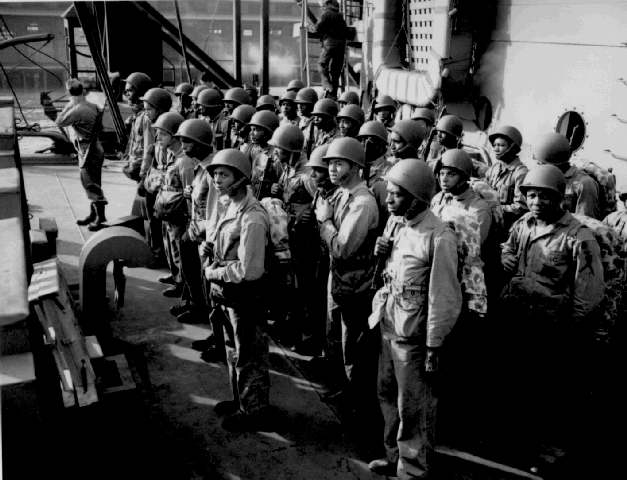