The Tennessee Williams Welcome Center is housed in the historic home of Tennessee Williams, one of the United States' most prominent playwrights during his lifetime. Originally the rectory for St. Paul's Episcopal Church, the building was moved to its Main Street location after the church decided to expand in 1993. Since being moved, the building has been restored and now serves as Columbus' welcome center, giving visitors a taste of the rich history and culture Columbus has to offer.

The front of the Tennessee Williams Welcome Center 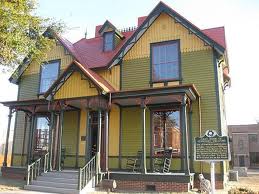 One of the home's restored interior rooms 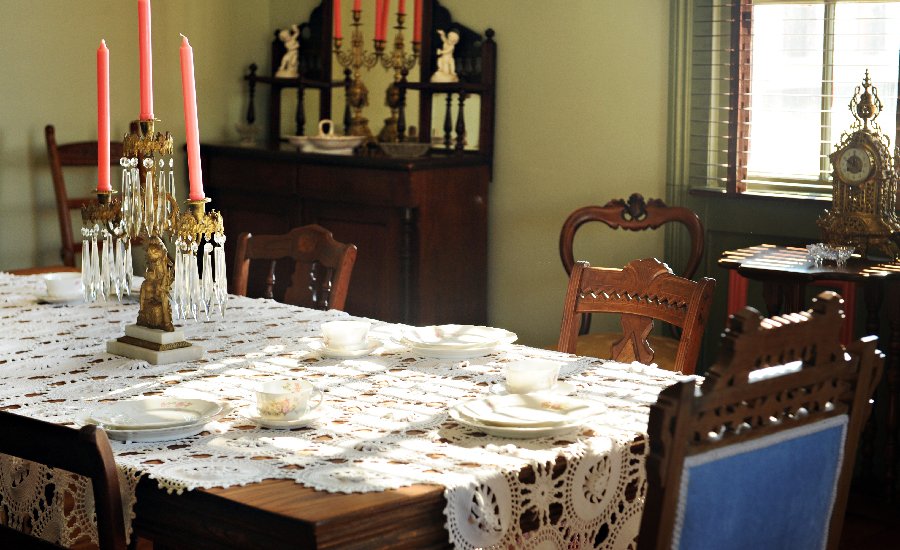 The plaque that stands outside the welcome center 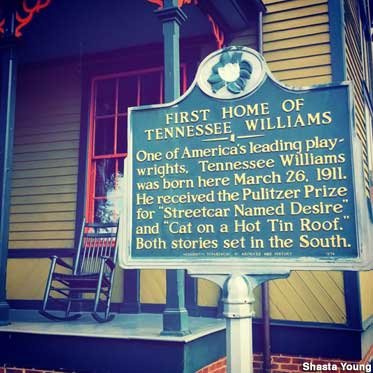 The Tennessee Williams Welcome Center is housed in the childhood home of Tennessee Williams, a famous playwright born in Columbus, Mississippi. Today, the home is located on Columbus' Main Street. The home was moved from its original location in 1995 in order to save the structure from demolition. The home was originally the rectory of St. Paul's Episcopal Church, where Williams' grandfather, Reverend Walter Dakin, served as pastor. When the church decided to expand in 1993, the rectory building was in danger of destruction. Several community members banded together to move the structure, loading it onto flatbed trucks and transporting it to its current location on Main Street.

The home itself was constructed in 1875 in the Victorian style. After being moved to its Main Street location, the home was renovated and restored to the state in which it existed when Tennessee Williams was born in 1911. Just three months after the welcome center opened, Tennessee Williams was honored with a U.S. postage stamp and a public ceremony was held at the center. The home was also recently honored with being designated a National Literary Landmark, and it now serves as the official Welcome Center for Columbus.

Tennessee Williams was a famous American playwright who spent the early years of his childhood in Columbus, Mississippi. Williams was born in Columbus in 1911 and spent the early years of his life in the Victorian style home that now serves as the welcome center. Although Williams' family moved out of Columbus a few years after his birth, his initial upbringing in the city and his family's memories of living there inspired in him a love of the old South that was reflected in his writing. During his writing career, Williams was honored with a Pulitzer Prize and is known for famous works such as A Streetcar Named Desire, Cat on a Hot Tin Roof, and The Glass Menagerie.