Marlpit Hall, currently owned and operated as a museum by the Monmouth County Historical Association (MCHA), represents the residence of a Loyalist family during the American Revolution. According to MCHA, the property was "laid out as lot number 36 in the original 1667 survey of Middletown village. Early owner James Grover Jr. erected the kitchen section of the structure in 1686, making it one of the oldest surviving structures in New Jersey."

This is a photo of Marlpit Hall. Marlpit Hall was constructed after the original home on the property was demolished. 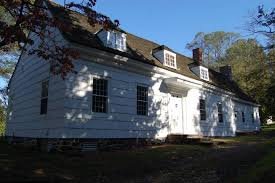 This is a photo of Middletown Village Historical District. This is a place that remains a popular tourist destination in Middletown, New Jersey. 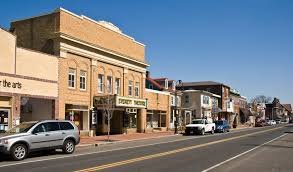 This is a photo of the Taylor-Butler House. The house was used in order to impress other wealthy elites in the area. 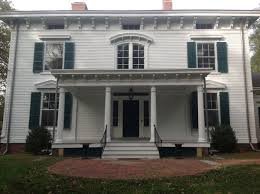 According to the Monmouth County Historical Association, the Marlpit Hall property "was laid out as lot number 36 in the original 1667 survey of Middletown village. Early owner James Grover Jr. erected the kitchen section of the structure in 1686, making it one of the oldest surviving structures in New Jersey. It was built in a salt-box shape with a large keeping room in front, and one or two smaller rooms behind. The house was greatly enlarged about 1756 into a center hallway residence with grandly paneled rooms on either side. The original cottage became the kitchen, and its salt-box shape determined the roofline of the new section. Edward Taylor, a brother of John, took possession of Marlpit Hall in 1771."

The adjacent Taylor-Butler  House was eventually constructed in close proximity to Marlpit Hall and was used as a lavish Victorian style home for later generations of the Taylor family (see Taylor-Butler House Clio entry).

There is some debate over whether or not the Taylor family owned and used slaves at their Marlpit Hall residence. This is because there little official documentation on the topic. The MCHA accepts that the Taylor family owned slaves at their residence, due in part to faunal remains that were found at the site. Historians and archaeologists found that the faunal remains showed evidence of African rituals occurring at the site. Because of this and the wealthy status of the family, it is assumed that the family did indeed own slaves.
The Taylor Family owned the Marlpit Hall residence until the time of the Great Depression. During this time period, in 1936, the residence was purchased and subsequently donated to the Monmouth County Historical Association. After the donation, the site was restored to become a museum. The Taylor House was once again restored in 1993 and still functions as a museum in the Middletown Village Historic District today.