Asbury Park has been a famous vacation destination since its founding by James Bradley in 1871. Singer Bruce Springsteen brought global attention to the town with his 1973 album "Greetings From Asbury Park, NJ." However a hidden gem left over from Asbury Park’s Victorian era is often overlooked- its public library, designed in 1881 and completed by 1897, has served the community for over 137 years. Though time has changed its original façade, the library speaks volumes about Asbury’s 19th century founding and its development as the rich cultural center that it is today. 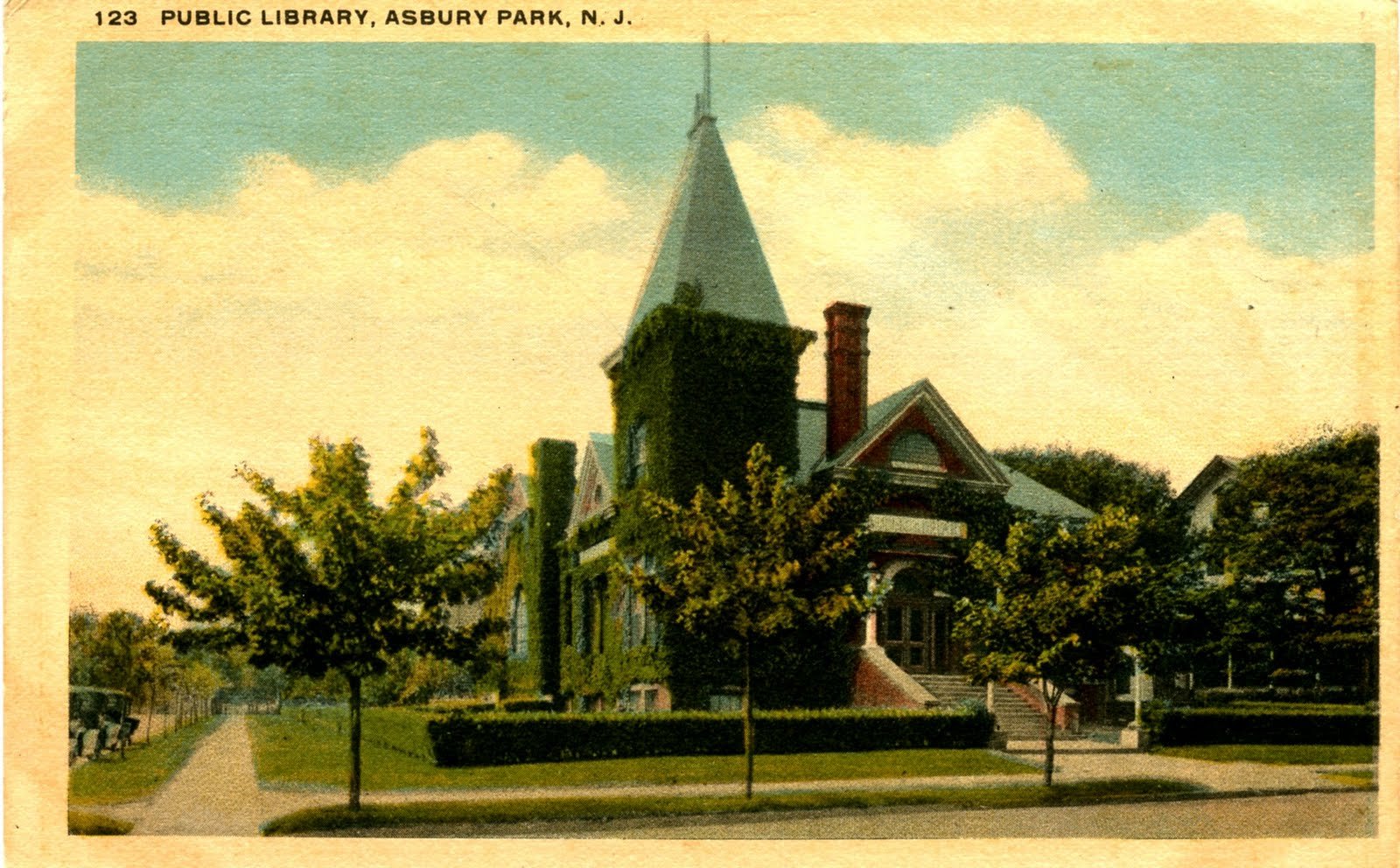 Asbury Park has been a famous vacation destination since its founding by James Bradley in 1871. The town’s architectural repertoire instantly comes to mind thanks to countless portrayals on post cards, tourist merchandise, and a certain famous Springsteen album cover featuring buildings like Convention Hall and the boardwalk Casino, both added in 1929.

However a hidden gem left over from Asbury Park’s Victorian era is often overlooked. Asbury Park’s public library, designed in 1881 and completed by 1897, has served the community for over 137 years. Though time has changed its original façade, the library speaks volumes about Asbury’s 19th century founding and its development as the rich cultural center that it is today.

Asbury’s founder, James A. Bradley, was a successful New York City broom manufacturer. Before purchasing land between Long Branch and Ocean Grove, Bradley had converted to Methodism and visited a Jersey Shore summer camp in Ocean Grove. Apparently recognizing the potential of the area, Bradley purchased the land now encompassing Asbury Park for $90,000, and named it after Francis Asbury, the forefather of Methodism in the United States. James Bradley originally intended his community to be a haven for Methodists and advocates of the temperance movement, and this shows in the various street names, named for prominent members of the Methodist church. In 1893, he also purchased lands to the south of Ocean Grove, today called Bradley Beach.

Asbury’s community grew in scale thanks to the development of New Jersey’s railways, and the town became a flourishing vacation destination. In 1880, the American showman George C. Tilyou, a philanthropist and organizer of Coney Island, constructed his Steeplechase amusement park on Ocean Avenue in Asbury Park, which would become home to the famous Tillie face.

However, while the town's development as a destination spot progressed, so did its development as a year-round community. In the 1890s, a notable uptick in the construction of housing took place, many of which would be in the Victorian style and still stand today. In 1881, Bradley donated two plots of land on the corner of 1st and Grand Avenues to the Library Association, presided over by Bradley’s wife, Helen. He worked with a New York City architect to design a new building for use as an auditorium, museum, and library. On November 13th, 1897, the community voted on a referendum to organize a free public library, and the completion of the building’s construction soon followed.

The Asbury Park Public Library is still open today, and stands as a monument to Asbury’s early community development, set aside from its downtown area and boardwalk. Unfortunately some original features, like its distinct Queen Anne style tower on its northeast corner and an associated chimney and gable were removed in 1930. Today, the Library contains over 100,000 titles and offers a wide range of programming for community enrichment. They also have made it their mission to “serve as a place for children to discover the joy of reading, the importance of literacy, and the value of libraries.” With Asbury’s recent resurgence as a popular tourist destination, Asbury Park is in a prime position to showcase its history, and the Asbury Park Public Library, as one of its earliest additions, is a great place to start.

Castor, Martin George. "History of Asbury Park and Long Branch, together with the traditions of the Indians & settlers of Monmouth & Ocean counties, N.J." Library of Congress. https://www.loc.gov/item/03011689/.