Established in 2009, the Orphan Train Museum offers exhibits that share and interpret the history of families and children who arrived in the region as orphans. In the late 19th and early 20th century, tens of thousands of children in overcrowded urban orphanages were placed on trains and sent to rural areas where they were matched with families. The museum includes several buildings that include artifacts, photographs, and other items donated by the children and the families who adopted them.

This is one of the one of the "baby trains" that is located on the side of the Orphan Train Museum. 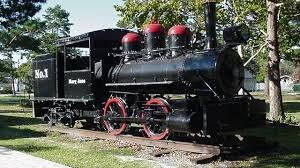 A picture located inside the Orphan Train Museum. 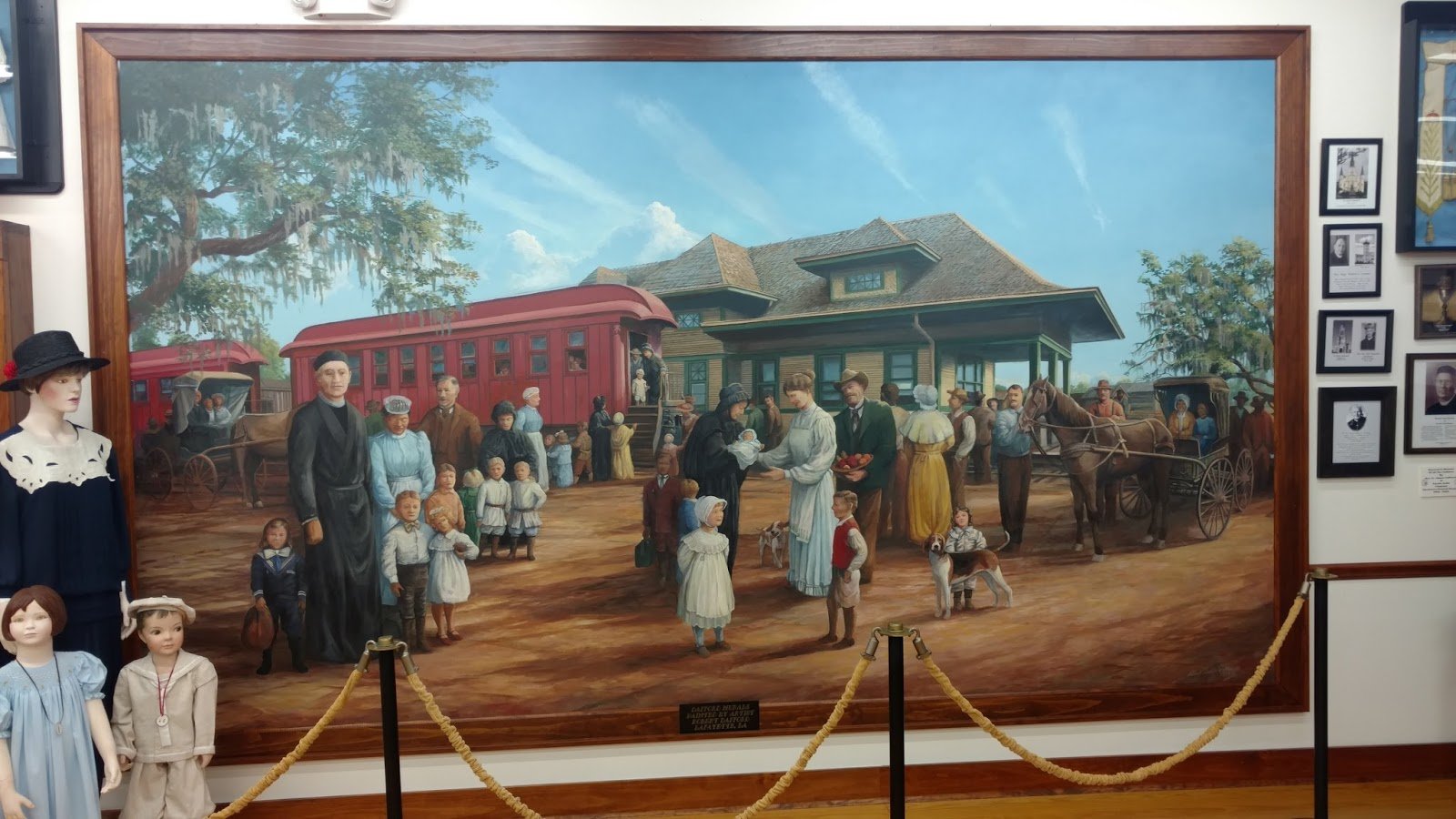 Urban missionary Charles Loring Brace responded to the overcrowding of New York orphanages and responded by establishing the Children’s Aid Society (CAS) in the 1850s. This program took adolescents off the streets by providing housing and industrial schooling. Through the Children’s Aid Society, Brace also developed the “first runaway shelter" and began working on a way to match orphans with rural families who agreed to raise the children as their own. Operating for many decades, "orphan trains" sent between 100,000 and 250,000 children to all the contiguous states except Arizona, by 1929. The CAS purposefully sent the children West to families who agreed to terms that included instruction and membership in local Protestant churches. In return, the orphan children contributed farm and domestic labor while learning skills and discipline in a family environment.

In 1873, Brace’s focus on Protestantism and youth influenced a Catholic leader, Sister Mary Irene Fitzgibbon, to also send children under the age of six to the West. These transfers were often referred to as "baby trains" with the help of traveling caretakers and the Foundling Asylum. Also known as the New York Foundling Hospital, which Fitzgibbon founded in 1869, the Founding Asylum worked to care for orphaned and abandoned young children.

Before moving the children to western states, Sister Irene took care of the children and her organization matched children to eligible families before placing them on trains to meet their new families. She depended on agents, nuns, and nurses to travel with the children. After arriving at their destinations, the children stood in line with a number pinned to their shirt, and their arranged family had the same corresponding number. Because of Sister Irene, an estimated 150,000 orphans were sent west to be with their new families from 1873 through 1929.

The orphan trains that traveled to Louisiana were Sister Irene's baby trains. An estimated 2,000 children settled in Evangeline and St. Landry Parishes. In May of 1907, three orphan trains arrived in Opelousas with an agent, two sisters, and two nurses. At this time, Father John Engberink pastored the St. Landry Catholic Church and he played a major role in the placement of children. Reflecting the separate efforts of Protestant and Catholic leaders, he also arranged homes in members of his congregation. This led to the growth of Catholicism in the region and also helped match many orphans with families.

Owing to her preparation, Sister Irene was spared from some of the criticism that other orphan matching services received. Without this effort, some children were practically auctioned off at depots and some adolescents arrived in western states without adequate care and supervision. Some of these children ran away or went back to New York, but those who were placed in advance had a higher rate of success. About 56 percent of the placement agreements did not last, and 16 percent of orphans went back to New York to find their families.