The Vanderwarker Tunnel was part of the Marietta and Cincinnati Railroad's line that connected Marietta to Cincinnati. Under the direction of local landowner Thomas W. Moore, workers began carving the tunnel in 1855. It opened in 1865 and trains continued to pass through it until 1924, when part of the structure collapsed. Today a stream has reclaimed its course through part of the tunnel and not much physical evidence remains. However, the nearby community, named Tunnel because of the Vanderwarker Tunnel, serves as a reminder.

Photo showing a Marietta and Cincinnati Railroad locomotive after exiting the western portal of the Vanderwarker Tunnel. 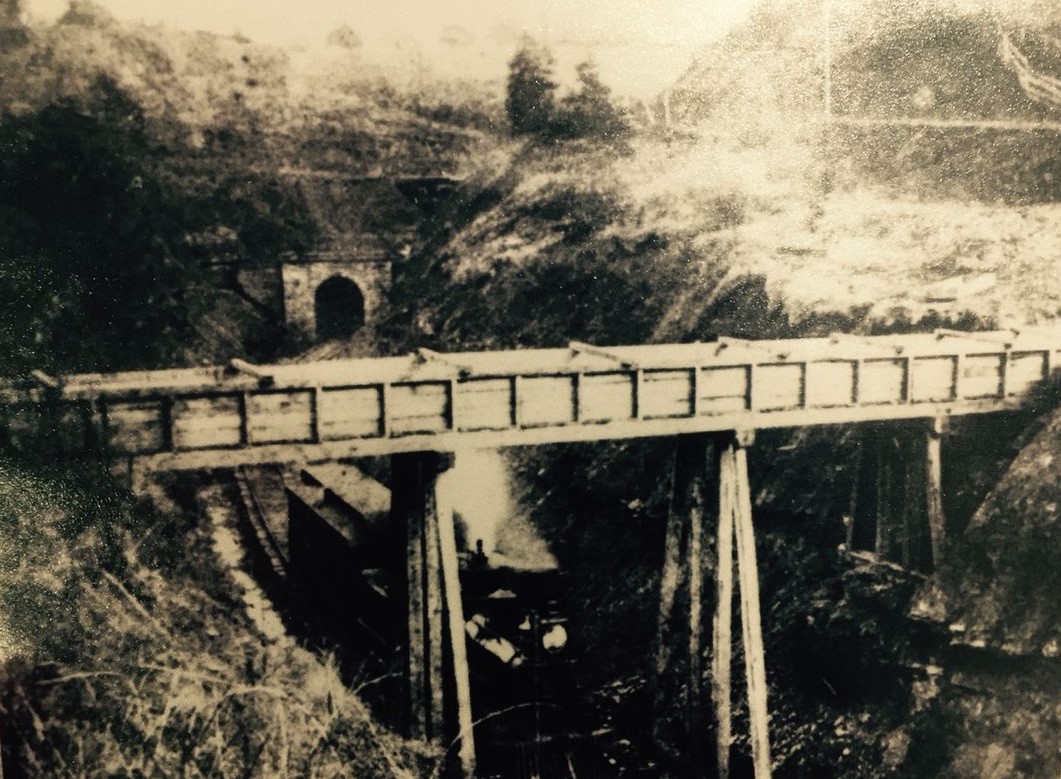 Sign for the community of Tunnel, located on Route 550 just outside of Marietta. 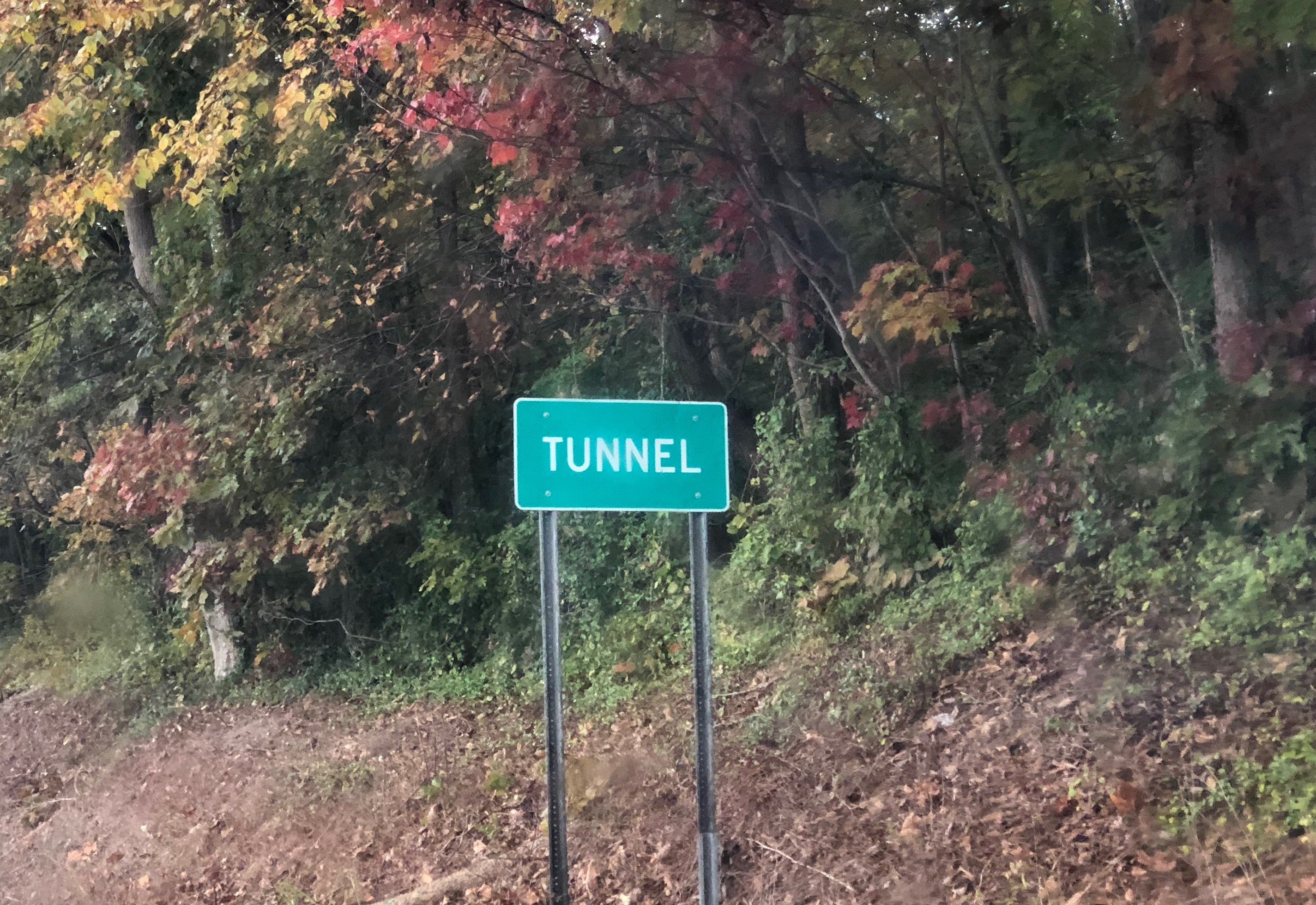 Incorporated in 1845 as the Belpre and Cincinnati, the Marietta and Cincinnati Railroad (M&C) began constructing a line from Marietta through Southeastern Ohio in the 1850s with the goal of connecting Marietta with Cincinnati. The railroad's founders envisioned a line that would carry passengers and freight across the lower portion of Ohio, as well as connect to the Baltimore and Ohio (B&O) and larger railroads to the east. The Appalachian Foothills posed a challenge to early railroad engineers, who were forced to design and construct many tunnels, trestles, and culverts in order to maintain the railroad's grade. Despite financial setbacks, the Marietta and Cincinnati railroad accomplished its goal; the first train ran the complete distance between Cincinnati and Marietta in 1857.
Workers began construction on the Vanderwarker tunnel in 1855, two years before the first Marietta and Cincinnati train traveled the route to Marietta. Named for the property's owner, the Vanderwarker tunnel was actually the project of local landowner and Civil War officer Thomas W. Moore, who saw potential to cut back the time it took to pass over the hill and reach Marietta. When completed in 1865, the tunnel stretched 1300 feet. The most unique part of the tunnel was an aqueduct that carried stream water away from the tunnel and over the railroad tracks. 1
The M&C used the Vanderwarker tunnel until the Baltimore Short Line opened in 1874. The new line from Belpre to Athens was not only shorter but did not have any tunnels or wide trestles to maintain. The Baltimore and Ohio gained control over the Marietta and Cincinnati and stopped using in the original M&C line. In 1882, Marietta citizens, distressed by the B&O's decision to abandon the old line, formed the Marietta Mineral Railroad and took control of the line from Marietta to Warren's Station.
The Marietta Mineral Railroad and its successor the Marietta and Vincent Railroad maintained and operated trains on the line. In 1917, the company abandoned the line past Vincent and most of its business by then was hauling grindstones quarried from the area. In 1924 the Vanderwarker tunnel finally failed. By then the rail line was no longer economically viable due to new sources of grindstones, and it closed down permanently. Since then, the tunnel's portals have collapsed and the once rerouted stream has flooded the inside of the structure. Though few if any physical signs of the Vanderwarker tunnel remain, it is still remembered by the nearby namesake community of Tunnel. 2