Saint Xavier University is a co-educational university founded by the Sisters of Mercy in 1846. It is the first Mercy institution of higher learning in the United States and Chicago's oldest Catholic University still in operation. 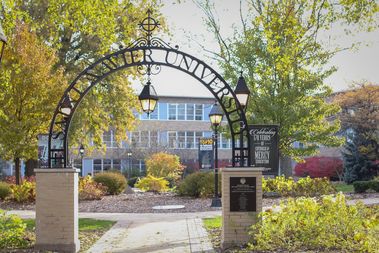 Ruins of the Saint Francis Xavier Academy for Females at 2834 S. Wabash Avenue after the Chicago Fire in 1871 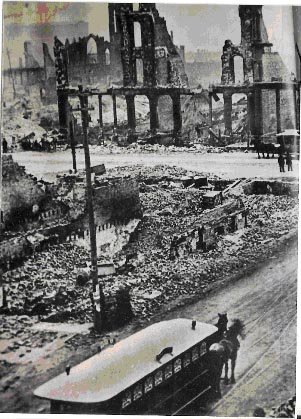 In 1846, five sisters traveled from Pittsburgh, Pennsylvania to Chicago, IL, where they established Saint Francis Xavier Academy for Females.1 The Academy was originally located downtown, at Madison Street and Michigan Avenue, and later moved to a newly constructed facility on at 2834 S. Wabash Avenue before being destroyed by the Chicago Fire in 1871.2

3 Snow, Daniel. Sister of Mercy and Religious Benevolence. Faith in the City: Chicago's Religious Diversity in the Era of the World's Fair. Accessed February 04, 2019. https://faith.galecia.com/essays/sisters-mercy-and-religious-benevolence.