Mill No. 2 and the North Grosvenordale Mill Historic District

Added to the National Register of Historic Places in 1993, the North Grosvenordale Mill Historic District preserves buildings—more than 100— that contributed to a thriving textile mill industry. The centerpiece of the district is Mill No. 2, a sprawling industrial facility that was built in 1872. The mill is four stories tall and is distinguished by two Romanesque-style towers that are six stories tall. Textile mills operated in North Grosvenordale from the early 1800s to the mid-1950s, when competition from the South forced them to close. Today, a few small businesses are located in the large mill building and civic leaders are developing economic revitalization plans they hope will attract more businesses to the area.

Mill No. 2 was built in 1872 and is the focal point of the historic district. 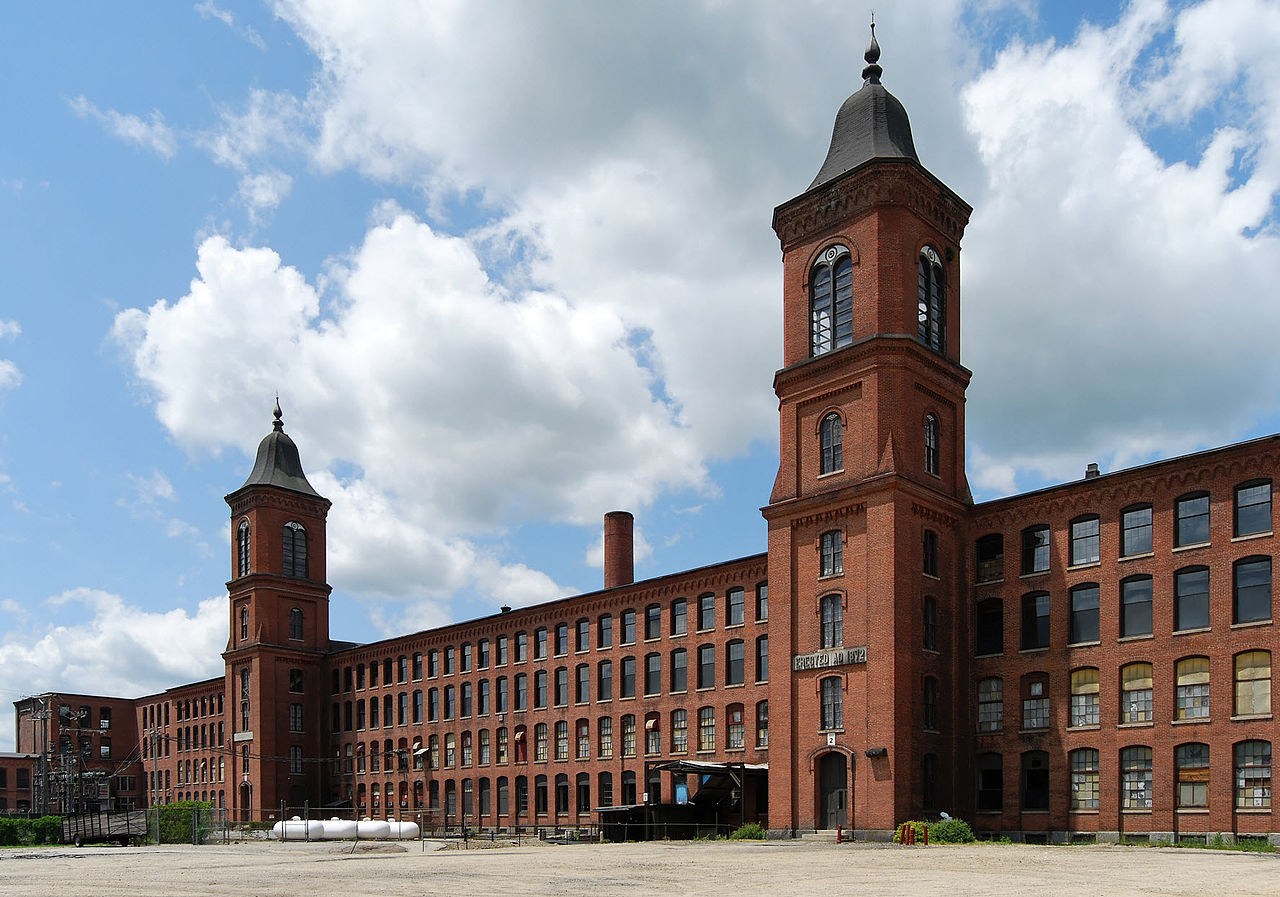 Eastern Connecticut is blessed with fast-moving streams, which attracted millers in the early 19th century. These operations remained small until after the Civil War when Providence, Rhode Island investor William Grosvenordale bought the mill located at this location (as well as another one to the south). He proceeded to construct the mill seen today, which was completed, as stated above, in 1872. It produced high-value cotton fabrics. By 1882, the large mill employed 850 workers and ran 65,000 spindles. In the coming years, the mill added newer turbines and more employees. It was very successful and was one of the longest-operating mills in the state.  Grosvenordale also built houses for his workers and supervisors. Production began to decline after World War II and the mill closed in 1954. It was then used by light industrial and warehouse businesses at least through the early 1990s.