Now a hotel called the Inn at Woodstock Hill, the Mathew Bowen Homestead is a historic home built in 1816. It is a fine example of Federal Revival architecture and has accompanying structures that, together, comprise a well-preserved farm complex. The house was built for William Bowen, a prominent local figure who founded Woodstock Academy, operated a tavern, and served as the town's first postmaster. He could trace his lineage to Henry Bowen, who arrived in Woodstock in 1686. The Inn has been in operation since mid-to-late 1980s and also features a restaurant.

The Mathew Bowen Homestead was built in 1816. It is now the Inn at Woodstock Hill. 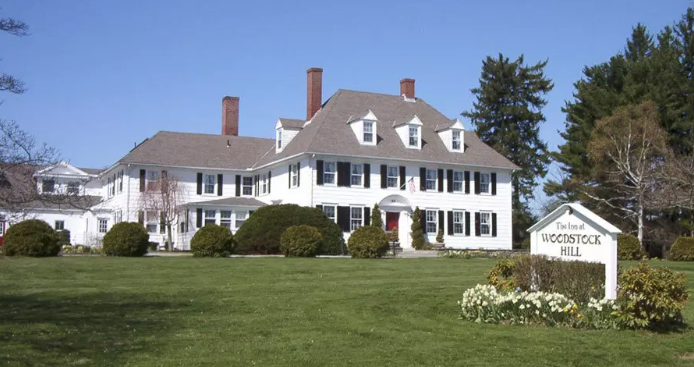 The Bowen family owned the house until 1981 when its last owner bequeathed it to the University of Connecticut. The family bought it back in 1985 with the intent of selling it to a group of investors who decided to covert it to an inn. The building was added to the National Register of Historic Places in 1987.