Constructed in phases between 1834 to 1862, Bunker Hill House went from a stage coach stop to a general store along with an Underground Railroad cite. The stage coach stop was located on the Eastern Stage Coach Company's Cincinnati Omnibus Line for pioneers heading west. Later, in 1862, the stage coach stop turned into a general store and a historic Underground Railroad cite under the order of Gabriel Smith. Bunker Hill House has accommodated many unique lifestyles and has had an array of purposes during its years of use.

Bunker Hill House's historical marker inscribing in great detail the multiple uses of this house including being a stage coach, a store, and a historic underground railroad sight. 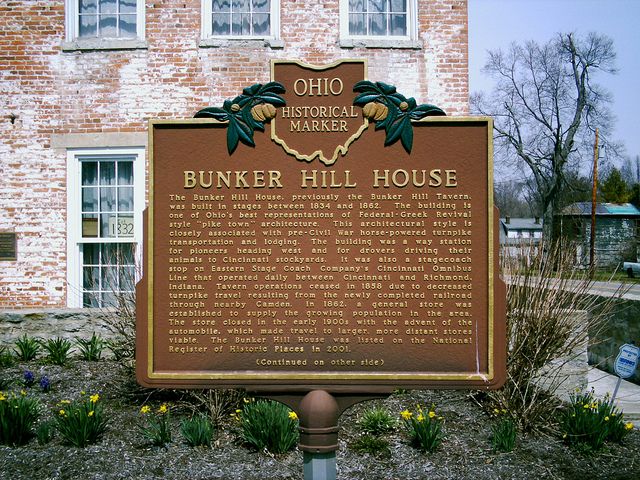 Bunker Hill House is located right beside the road in Fair Haven, Ohio. This type of architecture is known as Federal Greek Revival style "pike town." 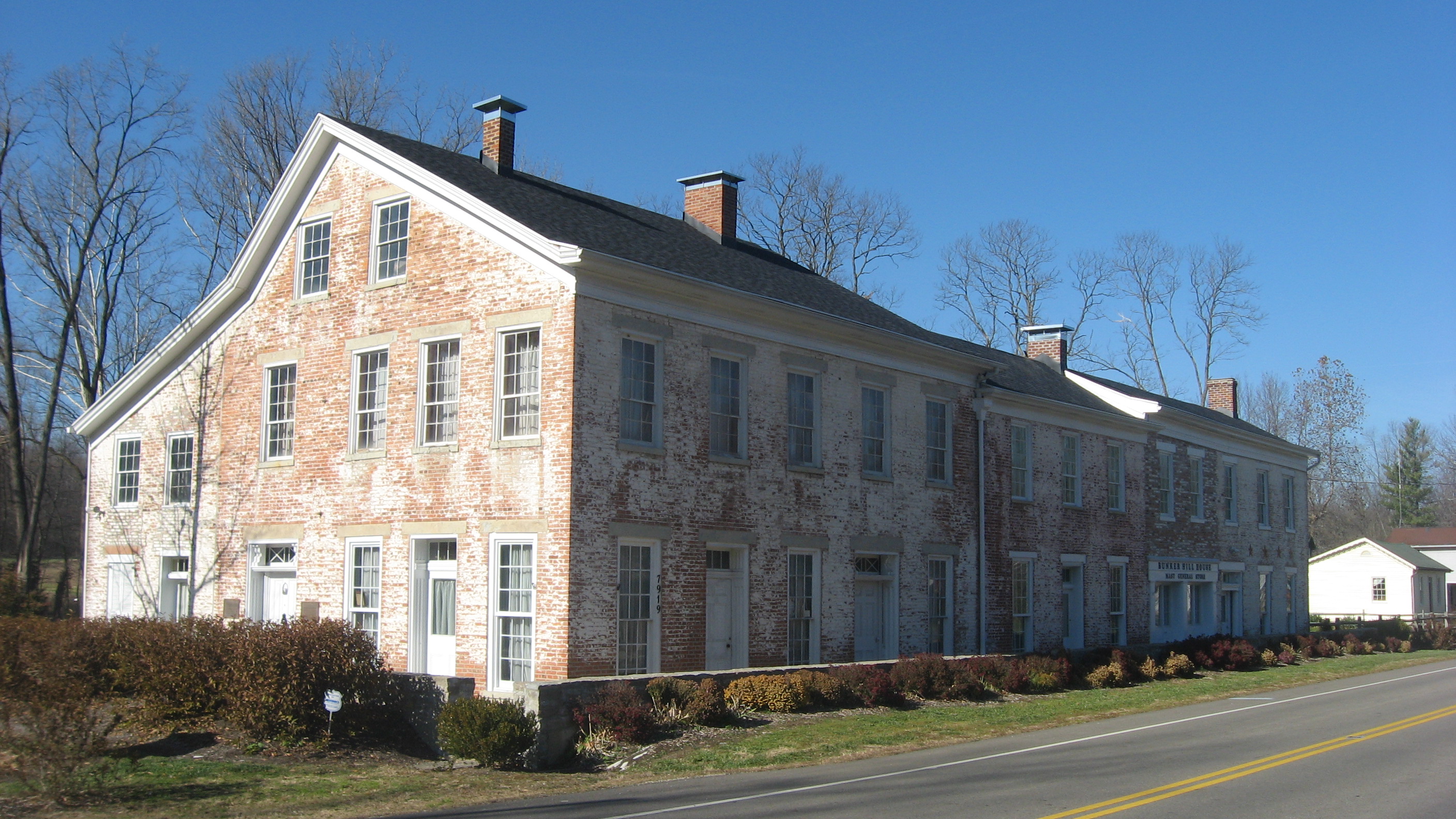 The Mast General Store was established to attract the growing population in this area. 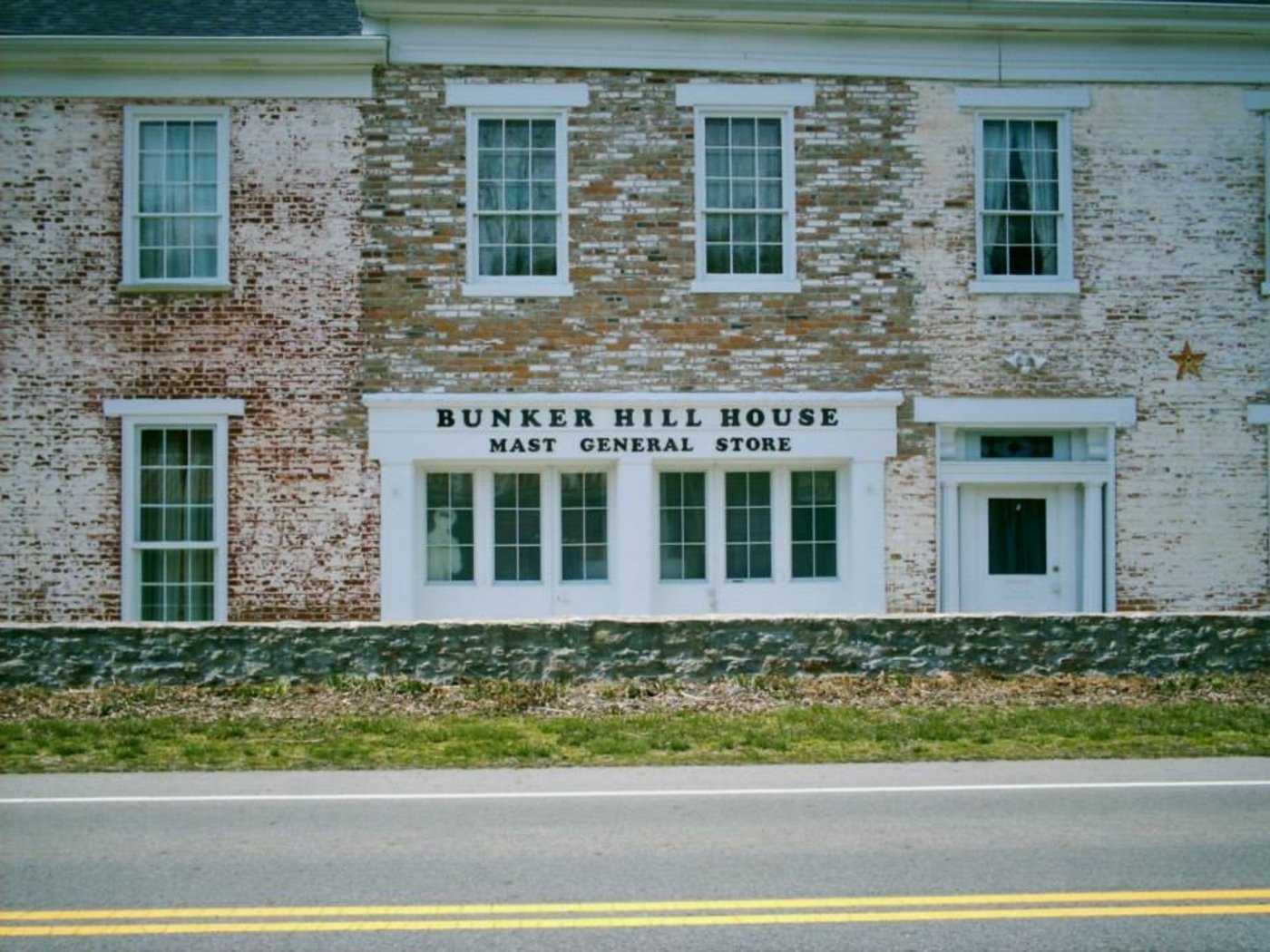 For pioneers heading west, Bunker Hill House was an available stagecoach stop where they could get off the turnpike and stay at the tavern. This stop was in operation daily and was located on the Eastern Stage Coach's Company Cincinnati Omnibus Line. The tavern was in operation until 1858 when a railroad was built through Camden. Unfortunately, the railroad went past Fair Haven and claimed the previous traveler's visitation. This caused for the tavern to cease operation.

The next stage of operation for Bunker Hill House was the opening of the Mast General Store in 1862. The purpose of this store was to supply the needs of the growing population in Fair Haven. Amid the opening of the store, it also became an Underground Railroad cite operated by a free black man named Gabriel Smith or 'Old Gabe,’ according to the article by Charlie Claywell. Gabriel's room in Bunker Hill House was a tiny closet built under a staircase in the kitchen to conceal the true identity of the house. The route that Old Gabe led the runaway slaves down included running along Four Mile Creek to Bunker Hill House continuing to north Canada. Bunker Hill House served as a place to seek refuge, or a resting place before continuing their journey with Old Gabe as the one in charge. Eventually, the general store was closed in the 1900s due to the invention of automobiles. Residents were now able to venture longer distances to other stores putting Bunker Hill House out of use.

Bunker Hill House has seen many walks of life between the walls of the building. First, being built in 1834 and becoming a stagecoach stop and tavern for traveling pioneers. After the fall of the tavern due to the railroad that skipped over Fair Haven, it became a general store in 1862. The purpose of the store was used to supply the needs of the townspeople in Fair Haven because the population started to grow. Bunker Hill House is also known for its use as an Underground Railroad cite during the same time the store was in operation. The commander over this cite was Gabriel Smith who helped runaway slaves on their journey to freedom. The general store ceased operation in the 1900s due to the invention of automobiles. Bunker Hill House is not widely known, but has made an impact on many people during its years of operation.