Dedicated in 1946, the Polish-American War Memorial in the Our Lady of Grace Grotto honors WWII veterans who were members of St. Ladislaus Polish Catholic Church. Though the church has closed, the memorial is maintained by the community and remains open to visitors. Both the memorial and the former church are significant fixtures in the Polish community of Wheeling. 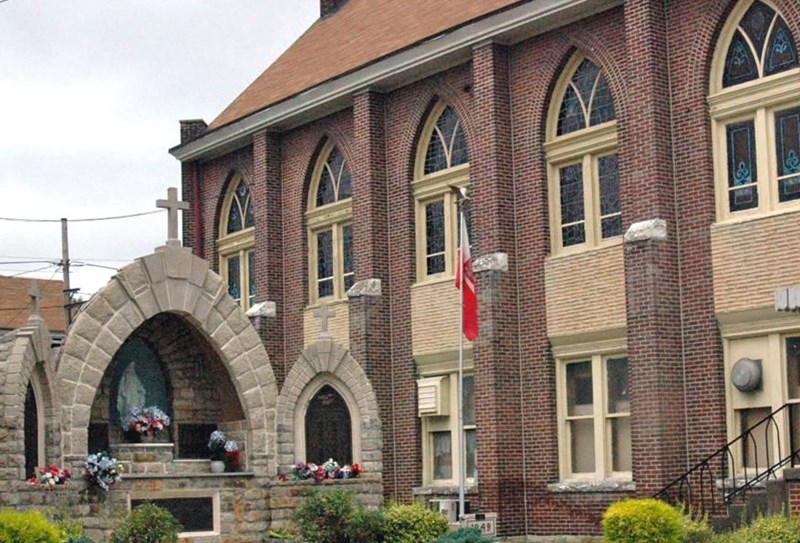 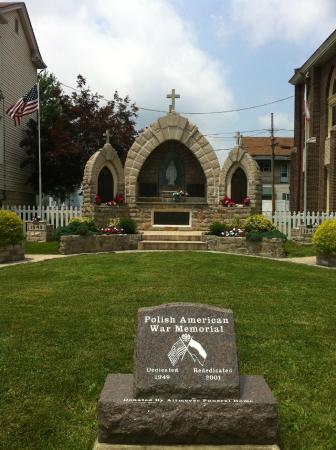 The Polish-American War Memorial was constructed from 1946-49 and was part of the Our Lady of Grace Grotto. Returning WWII veterans initiated the project as a way to honor those who had fought and died in the conflict. Upon completion, the neighboring St. Ladislaus Polish Catholic Church dedicated the memorial. At the time, the memorial was the only one of its kind in the state.

The northern panhandle of West Virginia is home to a large community of Polish-Americans. The Polish community in Wheeling remains active, and several churches and social groups still meet and conduct some of their events in both English and Polish. The St. Ladislaus Parish was once an iconic part of this community. At the time of the memorial’s construction, the church was still active and operated a school for Polish children. The congregation also supported a Polish-language choir and would occasionally conduct Mass in Polish.

The memorial features several bronze plaques with the names of over 300 church members who served in WWII. Today, The Grotto hosts an annual Memorial Day Mass for the Polish-Catholic community in Wheeling. The memorial was rededicated during a 2001 ceremony. Though St. Ladislaus Church is now closed, the maintenance of the memorial is kept up by members of the local Polish community.