The third oldest remaining building in Knoxville, the Lamar House was built by Thomas Humes in 1815. Over the years, presidents such as Rutherford B. Hayes and Ulysses S. Grant have given speeches from the Lamar House’s balcony. In 1909, the ballroom of the hotel was transformed into the Bijou Theatre. Performers such as Tallulah Bankhead, John Barrymore, Dolly Parton, and the Dave Mathews Band have performed at the theater. After closures in 1975 and 2004, local residents and preservationists worked together to restore and reopen the Bijou Theatre. As a result of these efforts, the historic Bijou Theatre continues to operate as a performing arts center. In addition to its stately interior, the New York Times praised the Bijou's acoustics and declared that the theater was “one of the best sounding rooms in the country." 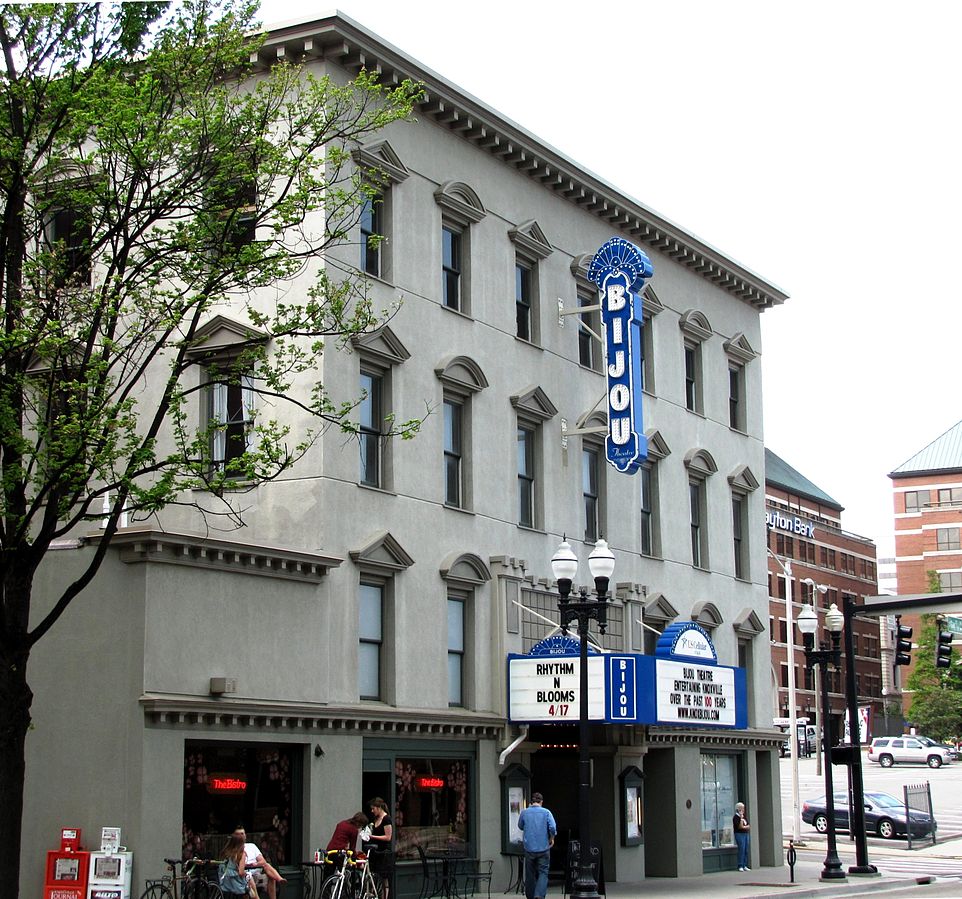 Inside the Bijou Theatre. Photo by Brian Stansberry. 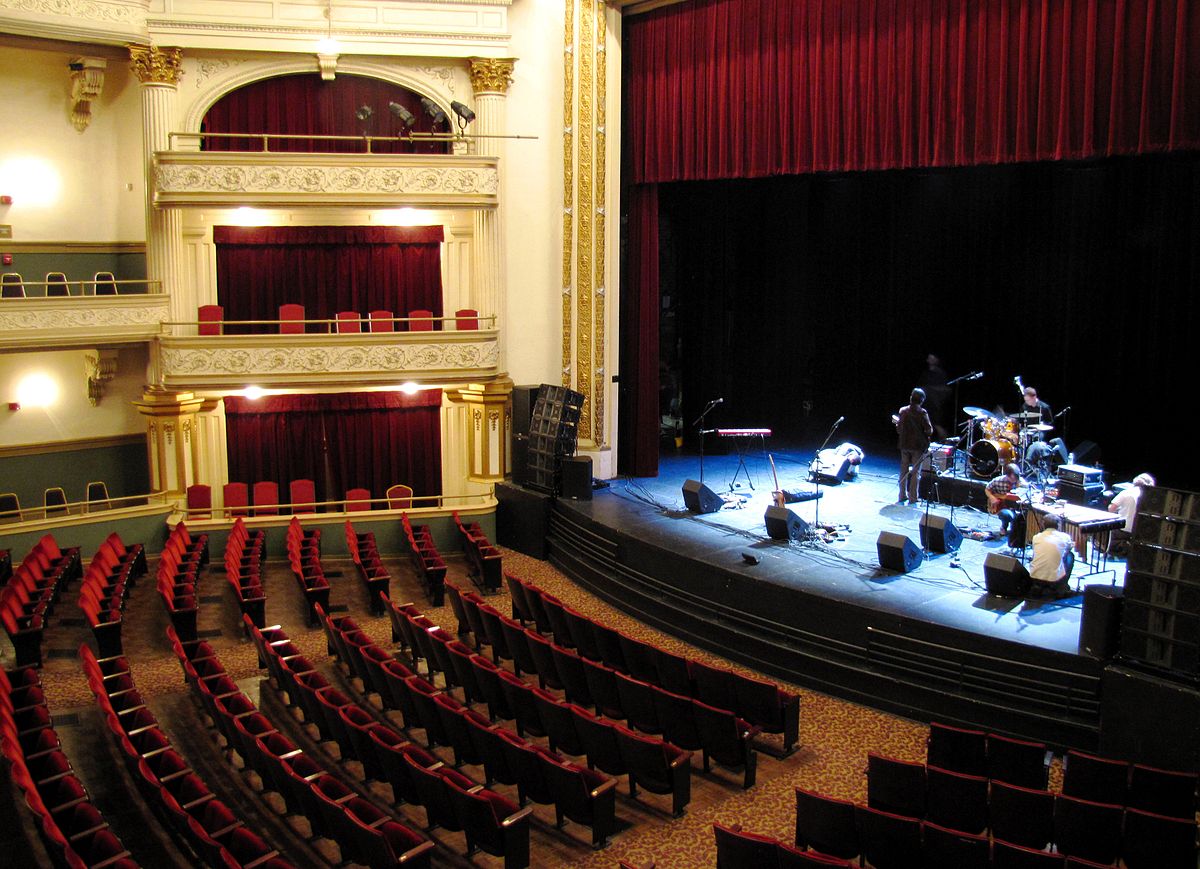 The Bijou Theatre during its vaudeville days, circa the early 1920s. 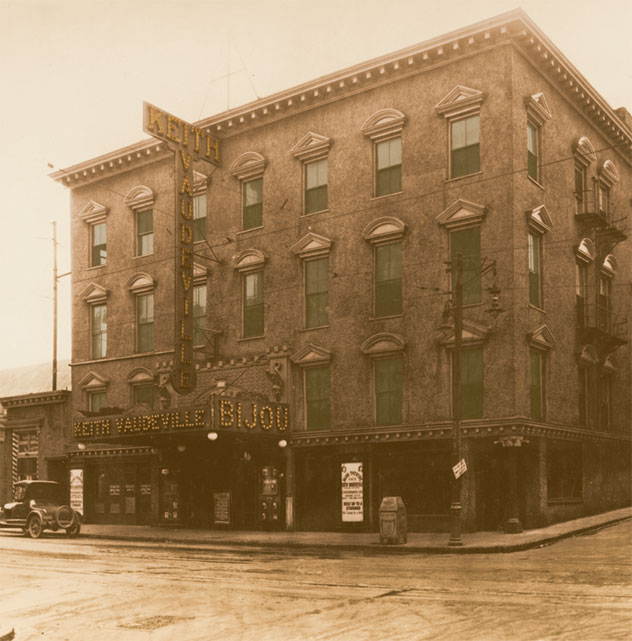 Leading Knoxville merchant Thomas Humes acquired this site, known at the time as “Lot 38,” in 1801. Humes began construction on the building in 1815 that would become the leading hotel in the city but did not see its completion as he died a year later. The project was finished in 1817. After his death, the Lamar House was used for concerts, parties, and other social gatherings. Lamar House at that time consisted of the Knoxville Hotel, a ballroom, a bar, and a dining room.

In 1817 (or 1819, sources differ), the Lamar House hosted a reception for Andrew Jackson. In 1852, W. M. Churchwell purchased the hotel, which had undergone a series of name changes, and began renovations. Churchwell nearly doubled the hotel’s previous size and added elevators, a new kitchen, stables, a courtyard, and a “ladies’ entrance.” After changing the hotel’s name back to the Lamar House in 1856, Churchwell sold it to Colonel William H. Sneed in 1857. Sneed leased the building out to a number of tenants in the following years.

During the Civil War, both Confederate and Union Armies made use of the Lamar House. In the space of just one year, it was used as both Confederate General Joseph Johnston’s headquarters and a Union hospital after the Union occupied the city of Knoxville. In the “Lamar Hospital,” Generals William Sherman and Phil Sheridan made plans for battle. General William P. Sanders died in the hospital in 1863, though he was buried secretly so as not to impair morale. William Sneed died in 1869, and the hotel was owned by seven different family members by 1881. After a few more name changes, including “The White House” and the “New Lamar House,” the hotel became known as the “Old Homestead” in 1904. By this point, other, larger hotels had sprung up in town, leading to hard times for the hotel.

Four years later, in 1904, the Auditorium Company purchased the property and transformed the ballroom into a theater. Jake Well’s Bijou Theatre opened on March 8, 1909, with a production of Little Johnny Jones. It was the only theater in Knoxville that admitted both Black and white patrons, though African Americans had to come in through a separate entrance and could only sit in the gallery. From 1913 until 1926, the theater focused mainly on vaudeville acts, though it occasionally showed motion pictures. Some of the acts that performed at the Bijou include Will Rogers, the Marx Brothers, and John Phillip Sousa.

In 1926, the Bijou Theatre was purchased by the owners of the Tennessee Theater. These men later sold the property to a businessman under the premise that the building would not be used as a theater for at least five years. As a result, the Bijou served as a used car lot and fruit stand during this time. In 1932, one of the first Chinese-American restaurants in the South, the Pagoda, opened at the site. In 1935, Paramount Pictures bought the theater and exhibited second-run pictures and live performances only occasionally graced the former grand stage.

In 1965, Paramount gave up the theater, which then became “Bijou Art Theatre,” a movie theater geared toward adults. Meanwhile, the Lamar Hotel next door was used by homeless people and prostitutes. In 1969, it was declared a public health hazard and closed. In 1971, it was bequeathed to a local church who then sold it to a businessman. When the Bijou Theatre closed in 1975, the hotel and theater were slated for demolition. That same year, however, the Bijou Theatre was added to the National Historic Record and campaign to save the theater began.

The Knoxville Heritage Group was founded to lead fundraising efforts. When the group came up short of its goal, John S. Goodstein, acting trustee for the Bijou, donated the remaining $50,000 needed. The Bijou Theatre then reopened in 1977. Seven years later, a million-dollar renovation provided much-needed repairs and updates to the theater. After a financially disastrous attempt to restore the theater again in the 1990s, the theater was forced to close in 2004. But, in 2006, the Bijou Theatre was able to reopen. In 2009, the Bijou Theatre celebrated its 100th birthday with the now-annual Bijou Jubilee. In 2017, the theater completed a new round of renovations.